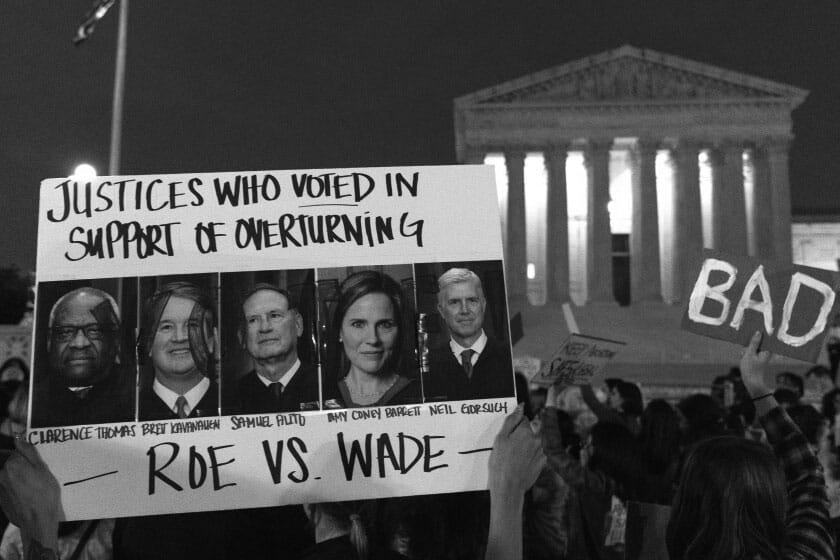 An insane belief is one that is so blatantly false that even pointing out scientifically proven reality won’t change it. The generalized opposition to abortion is an excellent example of a common insane belief. Like most the common insane beliefs, it is usually a reflection of a religious or another philosophical school of thought.

Specifically, in the case of abortion, believers typically view their own position on the subject to be “spiritual,” and view the supporters of an individual right to abortion as being “materialistic” (and therefore supposedly inferior to themselves).

Abortion is generally opposed because people confuse the meanings of such terms as “life” and as “consciousness,” and because the majority of people don’t think or care about their own ‘philosophical’ assumptions and about what harms or even evils can result from one’s having false assumptions at the very foundation (or basis) of their ethical viewpoint. But, in fact, even genocides can result from such falsehoods — ethical falsehoods.

(Some people might be evil because they have no consciences, and so are “psychopaths”; but others are evil because they have ethical assumptions that are false, such as “Blacks are less ethical than Whites,” “Jews are less ethical than Christians,” “Muslims are jihadists,” or other types of bigotry. Having false assumptions on the basis of one’s ethical viewpoints can produce an individual who is as bad as, or even worse than, a psychopath, but that person might very sincerely be committed to his/her false ethical beliefs. It’s not ONLY psychopaths who are evil. Often, people who are driven by their ethical convictions are evil or even extremely so.)

An example will here be analyzed, so as to provide a case that clearly demonstrates the point and that boldly exhibits its scientific violations:

At 4:19 – he says that a scientist “has no definition for the word ‘life’.” But that’s false. A scientist has a definition that’s applicable to every form of “life,” and it is: “self-replicating (self-reproducing) molecules or ‘organisms,’ such as on our planet Earth entailing DNA and/or RNA, but possibly being of other molecular structures on other planets.” For the possibility of life without DNA or RNA, see this article from late 2014, which described the first scientific evidence for that possibility:

Synthetic enzymes hint at life without DNA or RNA

Therefore, for example, a human zygote, or fertilized two-cellular fused organism, is alive, like a vegetable form of life is, but only after around 20 weeks in the human case, is the nervous system formed and starting to function, and therefore the formerly existing fetus has at that stage become a conscious being, a baby:

So: Mr. Butler doesn’t understand science, though he talks about science and pretends to be capable of understanding it, which is a misrepresentation of himself, and not only about science.

The only actual basis in America’s Constitution for rationally or scientifically interpreting what the nation’s Founders intended to be legally the meaning of “life” is the document’s own Preamble, which states the objective that all the rest of the document is intended to serve or advance, and which therefore takes precedence over all the rest of the document, which Preamble, for any U.S. Supreme Court jurist to violate, would consequently constitute treason, or war against the very intention of the document’s and American nation’s authors, the people who collectively produced it:

“We the People of the United States, in order to form a more perfect Union, establish Justice, insure domestic Tranquility, provide for the common defense, promote the general Welfare, and secure the Blessings of Liberty to ourselves and our Posterity, do ordain and establish this Constitution for the United States of America.”

Nowhere in the Constitution does the word “life” appear except in an irrelevant context, where the Constitution (in Article 3, Section 3) asserts that “no Attainder of Treason shall work Corruption of Blood, or Forfeiture except during the Life of the Person attainted.”

The word “consciousness” appears nowhere in the Constitution.

Consequently, given that there is no clause that specifically pertains either to “life” or to “consciousness,” the U.S. Constitution provides nothing that specifically pertains either to life versus death (which could be applied even to a tree or other non-animal form of life) or to a pre-conscious versus post-conscious fetus (which could be applied to the permissibility or impermissibility of abortions).

Consequently, if there were a basis for the U.S. Supreme Court to rule regarding abortions, then it would necessarily be a ruling that would refer ONLY to the document’s Preamble because there exists nothing in the document that pertains specifically to abortion.

In other words: for politicians, including members of the Supreme Court, to allege that there exists in the U.S. Constitution a basis for ruling upon abortions, constitutes fraud, unless that allegation is arguing solely upon the basis of interpreting the Constitution’s Preamble.

Roe v. Wade would have met this requirement if it had specifically referred to the Preamble, but it didn’t. Instead, they might have been ASSUMING IT in the passage:

94: In view of all this, we do not agree that, by adopting one theory of life, Texas may override the rights of the pregnant woman that are at stake. We repeat, however, that the State does have an important and legitimate interest in preserving and protecting the health of the pregnant woman, whether she be a resident of the State or a non-resident who seeks medical consultation and treatment there, and that it has still another important and legitimate interest in protecting the potentiality of human life. These interests are separate and distinct. Each grows in substantiality as the woman approaches the term and, at a point during pregnancy, each becomes ‘compelling.’

95: With respect to the State’s important and legitimate interest in the health of the mother, the ‘compelling’ point, in the light of present medical knowledge, is at approximately the end of the first trimester. This is so because of the now-established medical fact, referred to above at 149, that until the end of the first-trimester mortality in abortion may be less than mortality in normal childbirth.

It follows that, from and after this point, a State may regulate the abortion procedure to the extent that the regulation reasonably relates to the preservation and protection of maternal health. Examples of permissible state regulation in this area are requirements as to the qualifications of the person who is to perform the abortion; the licensure of that person; the facility in which the procedure is to be performed, that is, whether it must be a hospital or maybe a clinic or some other place of less-than-hospital status; as to the licensing of the facility; and the like.

96: This means, on the other hand, that, for the period of pregnancy prior to this ‘compelling’ point, the attending physician, in consultation with his patient, is free to determine, without regulation by the State, that, in his medical judgment, the patient’s pregnancy should be terminated. If that decision is reached, the judgment may be effectuated by an abortion free of interference by the State.

97: With respect to the State’s important and legitimate interest in potential life, the ‘compelling’ point is at viability. This is so because the fetus then presumably has the capability of meaningful life outside the mother’s womb. State regulation protective of fetal life after viability thus has both logical and biological justifications. If the State is interested in protecting fetal life after viability, it may go so far as to proscribe abortion during that period, except when it is necessary to preserve the life or health of the mother.

So: they were evading the foundation of their ruling if there actually was any. In my own personal view, they would have been able to justify those conclusions on the basis of the Preamble; but Constitutional interpretation had already long since become largely divorced from the Constitution; and, so, they felt no need to. American democracy had already long since been destroyed. Of course, this made it easy for a mere political change ultimately to override that decision — or any other.

Whereas the Supreme Court’s ruling to allow abortions as Roe v. Wade did, could reasonably have been cogently defended upon the basis of the Preamble, no ruling that would overturn such a ruling can be, except by asserting things that — scientifically speaking — are lies. If that’s not outright fraudulent, it is insane, because any definition of “insane” has to assert and be based upon allegations 100% of which are scientifically defensible, and no one yet has argued against the Roe v. Wade conclusions on such a basis. All of those arguments have been either fraudulent or insane.