[ Editor’s Note: At first blush, I thought this might be a May Day present to Russia, but then decided…not! My second choice was that the US told Zelensky that the Azov hoodlums’ offer to sell them by the pound for food and medicine had bad optics, and it was time to get them out of the news cycle.

VT knew all along that the hostages were being saved as the ticket for the neo Nazis to get out, but they are still there, along with the mystery of what comes now. The hostages were not all Donbass people, as the city’s population were strong Yanukovych supporters before he was overthrown in NATO’s 2014 Kiev coup.

From those that were released earlier, a number of them wanted to go to Kiev controlled areas. Why the hell did the Nazis hang onto them all this time, eating up the food, when they could have lightened the load?

We may never know, as during war, both sides prefer the version that makes them look best, leaving us to decided who was the bullshitter.

That there were zero video and photos released of the event also seems strange. I will update as soon as we know more… Jim W. Dean ] 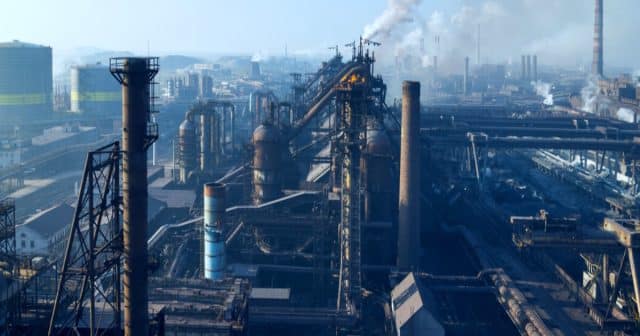 A high-ranking Ukrainian official said Saturday that all women, children and the elderly had been evacuated from the Azovstal steel plant in Mariupol, where hundreds of civilians were trapped for weeks amid an intense Russian assault.

Ukrainian Deputy Prime Minister Iryna Vereshchuk said in a Telegram post that “this part of the Mariupol humanitarian operation has been completed.” Ukrainian fighters are still holed up at the sprawling plant complex — and a regional police leader told The Washington Post that three were killed Friday during the civilian evacuation.

The development comes as Russia aims to capture the plant — the last sliver of Mariupol still under Ukrainian control — and pressures the soldiers there to surrender. Control of Mariupol would allow Russia to establish a land bridge with annexed Crimea.

In the south, Russian forces launched cruise missiles at the Black Sea port of Odessa on Saturday, hitting a civilian target, according to the Ukrainian military.

First lady Jill Biden, who is in Romania as part of a four-day trip to Eastern Europe, met Ukrainian refugee students and their mothers Saturday at a school in Bucharest. The first lady, who often appeared to be on the verge of tears as she heard harrowing stories of how they fled the war in Ukraine, emphasized her concern over a refugee crisis that “keeps going on and on.”

You can read the full Washington Post story here.