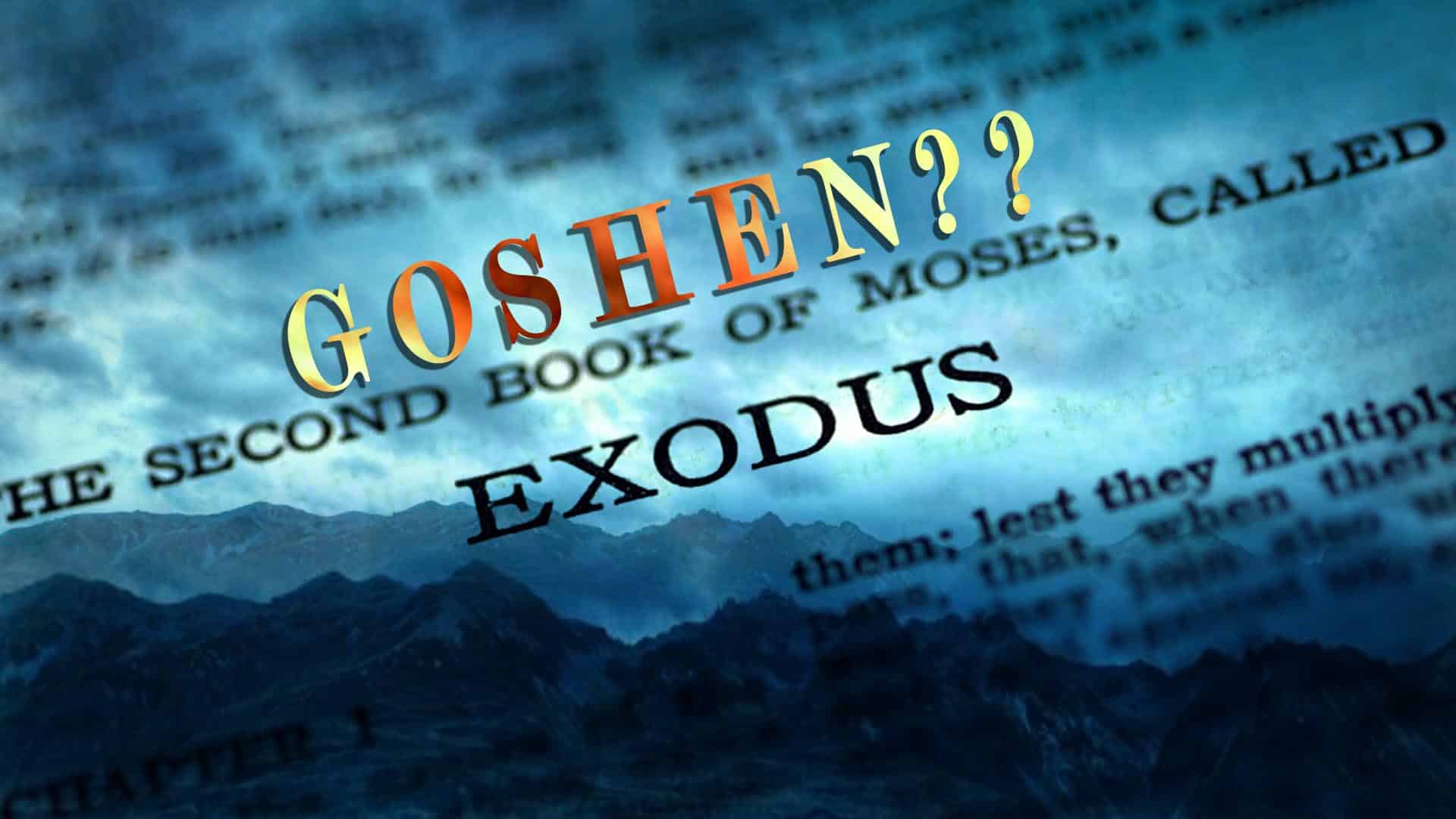 If the Exodus of the Israelites was a historical story, then surely it did not take place in ancient Egypt …

The Hebrew Bible is a book of misinterpreted geography and ancient Arabia, not modern-day Palestine, is the lost biblical land. This might be a bit hard to digest at first, but make no mistake Ancient Arabia is the homeland of all the Israelite stories, most of all the story of the Exodus.

Did you know that the Queen of Sheba who had the most intriguing biblical adventure with King Solomon was a Yemenite monarch? in other words, an ancient Arabian queen.

And if Queen of Sheba had controlled the incense trade route in ancient Arabia, where would that place the Jewish kingdom, geographically speaking, that is? One thing to bear in mind though, present-day Jerusalem did not lie on the ancient incense trade route.

The land stretching from Southwestern Arabia to North Yemen is the lost biblical land of the Cannan Tribe, the real Jerusalem ( Bet Salem), Gesem ( Goshen of Arabia), and most of all, Mizraim ( misinterpreted as the land of ancient Egypt)

It is heartwarming to recently witness a growing western trend that recognizes Saudi Arabia and not Egypt as the original land of the mount of Moses … After all, in Galatians 4:25, Paul the apostle had confirmed that Sinai is a mountain in ancient Arabia, and not in Egypt. It’s a step forward toward realizing the hidden truth behind the story of the Exodus. Still, more research needs to be done to finally take the whole story of Exodus out of ancient Egypt.

One of the keywords in the story of the Exodus is Goshen. Often taken for granted and simply overlooked Goshen will remain a flagrant inconsistency in the biblical narrative about the Exodus.

The land of “Goshen” is named in the Hebrew Bible as the place in Egypt given to the Israelites by the pharaoh of Joseph (Genesis 45:9–10), and the land from which they later left Egypt at the time of the Exodus.

For the sake of convenience, and since biblical scholars & historians had to locate it in Egypt, the name of King Ramses II and his city has been a top contender to act as the biblical land of Goshen. A wild guess that has also proven archeologically unsubstantiated, for the land of Ramses in the Hebrew Bible is simply a flawed translation

“And Joseph placed his father and his brethren, and gave them a possession in the land of Mizraim (Egypt), in the best of the land, in the land of Rameses, as Pharaoh had commanded” Genesis 47:11

Fortunately, we know a lot about the city of Rameses, modern Tell el-Daba (Avaris) in the northeastern Nile delta, since it has been excavated almost continuously since 1966. What historical records have been found there to corroborate the story of the Exodus at ancient Rameses? Exactly nothing.

If the Israelites lived in Egypt for almost 430 years surely archeologists should have stumbled upon a trove of Israelite finds in the ancient city of Ramses, but again nothing was found.

It seems as if biblical archeologists are digging in the wrong place. That’s the hidden truth behind the persistent silence of Egypt about the Exodus, the Ten Plagues, or any Israelites for that matter.

The absence of any archeological finds to validate the historicity of the Exodus is such a heavy burden that should not exclusively rest on the shoulders of archeologists. Biblical scholars and how they interpret the language of the Bible are to blame here in the first place.

Almost all biblical scholars read a translated/distorted version of the Hebrew Bible that had been subjected to a lot of transliteration and variation. Few are those who go back to the ancient Hebrew/Aramaic version or even the Greek version, aka the Septuagint Bible since it was the first & oldest to be translated into Greek in the 3rd century BC. That said, I could safely venture to claim that all the western translations had primarily depended on the Septuagint as its prime source.

According to the Septuagint, Goshen is specifically located not in Egypt, or at the city of Ramses as biblical scholars speculate, but surprisingly in the heart of Arabia:

“You shall settle in the land of Goshen of Arabia (Gesem in the Septuagint), and you shall be near me, you and your children and your children’s children, as well as your flocks, your herds, and all that you have.”

The word Goshen was used only in the Masoretic texts. All other texts as the Septuagint and Vulgate list this word as a variation of the Arabian word ‘Gesen’ like the Saudi region of Gizan (abutting northwestern Yemen) which to this very day still bears the same biblical name. let’s keep that in mind for now.

To make my point easy to grasp, let’s assume that this Goshen is located, as the biblical scholars speculate, in the northeastern part of Egypt. The Israelites lived under tyranny in that Egyptian land of Goshen and when it was time for their miraculous exodus the Israelites fled from Goshen and never came back again.

Let’s apply common sense here regardless of the exact location of Goshen on the ancient world map.

Two million-plus Israelites fleeing for their lives wouldn’t possibly return to the land of their enslavement and suffering.

I mean after the fulfillment of the miracle of the Israelite Exodus the word “ Goshen” should not appear once again in the Hebrew Bible. Goshen should be over and done with, right?

But strangely enough, that’s not what we encounter when examining other books in the Hebrew Bible. Goshen just keeps popping up in the discourse here and there all across the Hebrew Bible. The reappearance of Goshen in the Hebrew scripture indicates another geography for the Israelite stories other than ancient Egypt.

One of the funniest examples is right after Moses fled the Egyptian Goshen and wandered in Sinai for 40 years. Soon after Moses died, Joshua took command and led the Israelites in a series of genocidal wars against the so-called Canaanites.

But then in the book of Joshua we meet this strange verse;

According to Joshua 10:41 and 11:16, Joshua conquered all the land of Goshen’ which was in the region of Gaza and Kadeshbarnea”

One more bizarre detail is that the book of Joshua describes Goshen as located in the land of Gaza and a place named “Kadeshbarnea” … and not in the eastern Egyptian delta. How strange is that? Pretty strange I suppose.

However, the weirdness doesn’t stop here. In the book of Nehemiah, we once again encounter the mention of Goshen.

“But when Sanballat the Horonite, and Tobiah the servant, the Ammonite, and Geshem/Goshen the Arabian, heard it, they laughed us to scorn, and despised us, and said, What is this thing that ye do? will ye rebel against the king?” Nehemiah 2:19

In this book, Nehemiah recounts his efforts to rebuild the temple after returning to Jerusalem from the Babylonian Captivity. He is doing renovation work to the temple whose walls were broken and doors burnt down.

Nehemiah is consulting the elders of the clans to try and persuade them into contributing to repairing the damaged temple. Instead, they mocked him and got reluctant for they feared the Babylonian king might get upset with this business of renovating the Israelite Temple.

Now, to resolve this dilemma we should stop viewing “Goshen” as a city or land in ancient Egypt. It is impossible for thousands of Israelites who had just fled Egypt, the land where they have been enslaved, to make a U-turn under the leadership of Joshua and head back to where toiling & tyranny await them once again. It simply defies logic.

One more time, and after almost 1000 years, we find Nehemiah is negotiating with the head of Goshen of Arabia, the same land where the ancient Israelites were captivated. This is bizarre, especially for those who read and try to interpret the Hebrew Bible.

The reemergence of Goshen in Nehemiah yields two options; either the Jews had invaded ancient Egypt, a very amusing and most unlikely scenario, or this land of Goshen is located in different geography like in ancient Arabia, in other words, the lost biblical land.

Goshen was not a land in ancient Egypt but is situated in the heart of Arabia, where other biblical villages and tribes, like the Canaanites, are located near each other and not very far away from the Yemenite Kingdom of Sheba/Saba and the ancient incense trade route 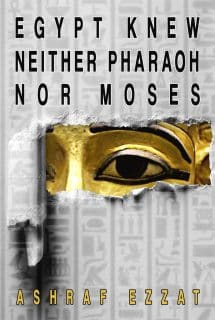 That said, it won’t be that weird to find “the land of Goshen” keeps resurfacing in different books of the Hebrew Bible … for simply it is a genuine location in the ( lost) Arabian biblical geography.

Not before we take the Israelite stories out of ancient Egypt and place them back in their true geography, Goshen of Arabia will continue to puzzle historians & scholars as one of the Bible’s most flagrant inconsistencies.

For more on the Arabian origin of the Israelite stories read Ashraf Ezzat’s Kindle book “ Egypt knew neither Pharaoh nor Moses” … available on Amazon.

SOURCEashraf62.wordpress.com
ATTENTION READERS
Due to the nature of independent content, VT cannot guarantee content validity.
We ask you to Read Our Content Policy so a clear comprehension of VT's independent non-censored media is understood and given its proper place in the world of news, opinion and media.