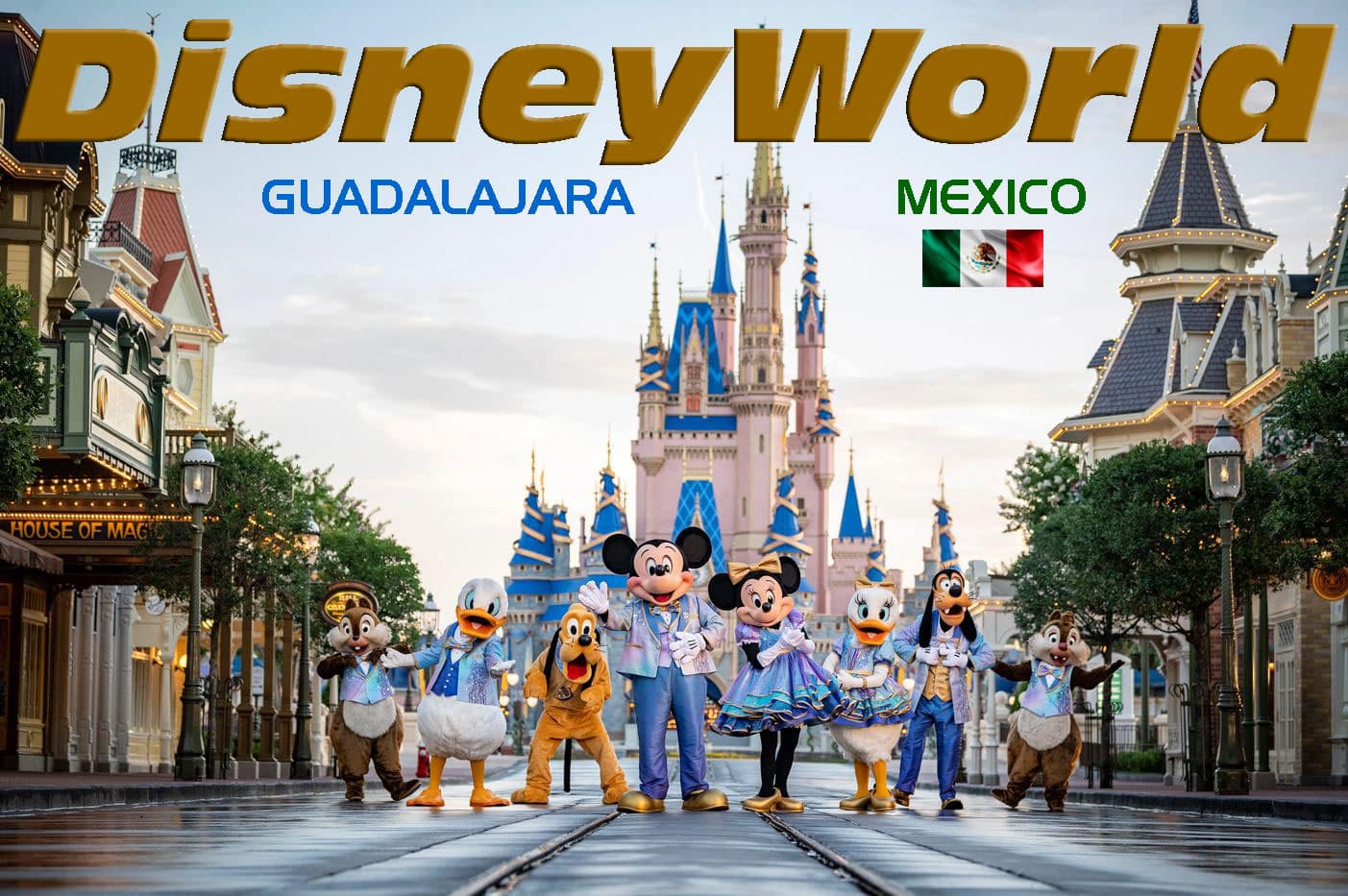 Well, by now, you’ve heard that FLORIDA no longer wants Walt Disney World and its “dirty respect the rights for all” ethos in its state.  Florida only supports rights for some people and objects to Disney supporting rights for all people of the world and that just does NOT sit well with the ugly nasty leading racist bigoted war-against-American-culture state in the USA.

To be more clear, the drama in Florida between Governor Ron DeSantis and the Walt Disney Company has taken so many unusual turns in so little time that providing a truly straightforward account of what’s transpired is not easy. But here is the simplest summary that can be provided by The Atlantic:

Florida passed a law: Florida introduced House Bill 1557—a.k.a. the Parental Rights in Education Act, or the “Don’t Say Gay” bill—which prohibited classroom instruction of sexual orientation and gender identity before the fourth grade or in any classroom “in a manner that is not age-appropriate or developmentally appropriate for students.” This vague language upset LGBTQ activists and, more generally, liberals and libertarians who viewed it in the context of other states’ attempts to discourage the discussion of LGBTQ issues and lifestyles in schools.

Disney said they didn’t like the law: Executives at Disney, Florida’s largest private-sector employer, initially declined to comment specifically on the bill. But following an outcry among staffers, which concentrated attention on Disney’s iffy record with representing same-sex relationships onscreen, CEO Bob Chapek finally swung hard in the opposite direction. He criticized the law and even publicly called out DeSantis.

Florida passed another law, punishing Disney for saying it didn’t like the first law: In retaliation, Florida Republicans, led by DeSantis, whipped up a new law that removed Disney’s special tax and regulatory autonomy in Disney World. Technically speaking, they dissolved a “special improvement district,” which had allowed Disney to build stuff as it saw fit and tax itself to provide services, like firefighters if the rides burst into flames.

Pausing here, we can already make out a few details that are somewhat unusual. Florida’s original bill was alarmingly vague, leaving all sex-ed and gender-identity instruction open to potential lawsuits from litigious parents. Disney’s about-face was a reminder of the power of the liberal professional class, which pushed the company’s reluctant CEO into the political arena against his initial judgment. And then there’s the ethical pretzel of DeSantis, who enjoys talking about his support for free speech, but also punished Disney for the sin of speaking freely.

But a review of events only gets you so far. The author Tom Wolfe once said of avant-garde art that you can’t truly see it until you have a theory of what it’s trying to say. This Florida debacle might not be art, but it’s certainly avant-garde. And I don’t think we can see what’s really happening here until we identify the cultural narratives simmering below the surface.

The past decade has seen a total collapse of institutional trust on the right. A majority of Republicans say they disapprove not only of colleges but also of big companies, the entire entertainment industry, and tech firms. While more than 60 percent of Democrats say they trust various mainstream news sources (such as The New York Times and CNN), there is no media company that more than 60 percent of Republicans say they trust (no, not even Fox News).

An explanation that’s not generous to conservatives is that the right is animated by hateful grievance politics. An explanation that’s generous to conservatives is that the professional-managerial class really has become anti-conservative. Organizations such as the NBA respond to conservative laws they dislike by pulling their business out of a state. Major tech companies hail causes such as Black Lives Matter, whose positions—on policing, for example—are far to the left of the typical Americans. Of course, we’ve turned against America’s institutions, a conservative might say. They’ve turned against us!

Right-wing distrust of big companies is awkwardly embedded in a party whose leadership outwardly loves big companies. The most important economic legislative achievement under President Donald Trump was a multitrillion-dollar tax cut for the same corporate class that the rank and file dislikes.

But regardless, right-wing antipathy to just about every American establishment that doesn’t employ cops, priests, or soldiers is real and growing. That’s how you wind up with DeSantis, a pro-business conservative, beating up on Disney, the largest business in his state. He is acting out the anti-institutional impulses of his base.

Ok, so where does that leave DISNEY and the billions of us global fans who have visited or aim to visit Disney World in the future?

Well, first, why should we?

We are billions of people all over the world.  We are of different colors, religions, cultural backgrounds, languages, and more.  Yet, Florida is NOW one of the most racist bigoted mean-spirited hateful states in the growing more hateful by the day the USA.   They don’t want “our kind” in Florida so why should we even travel and spend our money in a place where we are NOT wanted?  Disney needs to answer!

Well, before they do, I have a solution

Mexico is the perfect place!  Everyone around the world loves Mexico; the culture, the beaches, the people, the food…..it’s incredible!  It’s is already one of the most visited countries in the world by international tourists.  It’s also a growing democracy with rights for everyone including women which fits the ethos of Disney and its global community reach.  The weather in Guadalajara is amazing and has world-class all-year-round weather that is far far superior to that swampy Orlando, Florida, and its notorious stifling heat and humidity.

Guadalajara has hectares and hectares of open land just outside the city;  enough for Disney to build and build for 100 years to come.   Projected costs of building over the next two decades will be at least 50% less than in Florida and, with some solid negotiations, they can build in exceptional tax incentives to be part of a new Mexico that is global, young, energetic, and full of then enthusiasm for the future; something clearly lacking in Backwards Moving Florida.

The winners will be the International Tourists and the Mexican people. The losers?  Well, there are none!  Florida does NOT care anyway.  In fact, getting rid of people out of their state that doesn’t fit their archaic 19th-century white supremacist profile is a win for them too.  Imagine, no more black people! How’s about getting rid of those brown ones too?  Muslims?  Get outta’ here!

The real bottom line is that Mexico has a hugely bright future and the world loves it.  So why not?

As for Florida?  Its quest for a white supremacist-dominated society that excludes 90% of the world’s people is a TURN-OFF and NOT something that inspires.  Racism, Hate and Bigotry are simply NOT the Disney ethos.  So Disney should close its doors and move to a place that better represents the company’s values and global reach.

It’s something to think about…