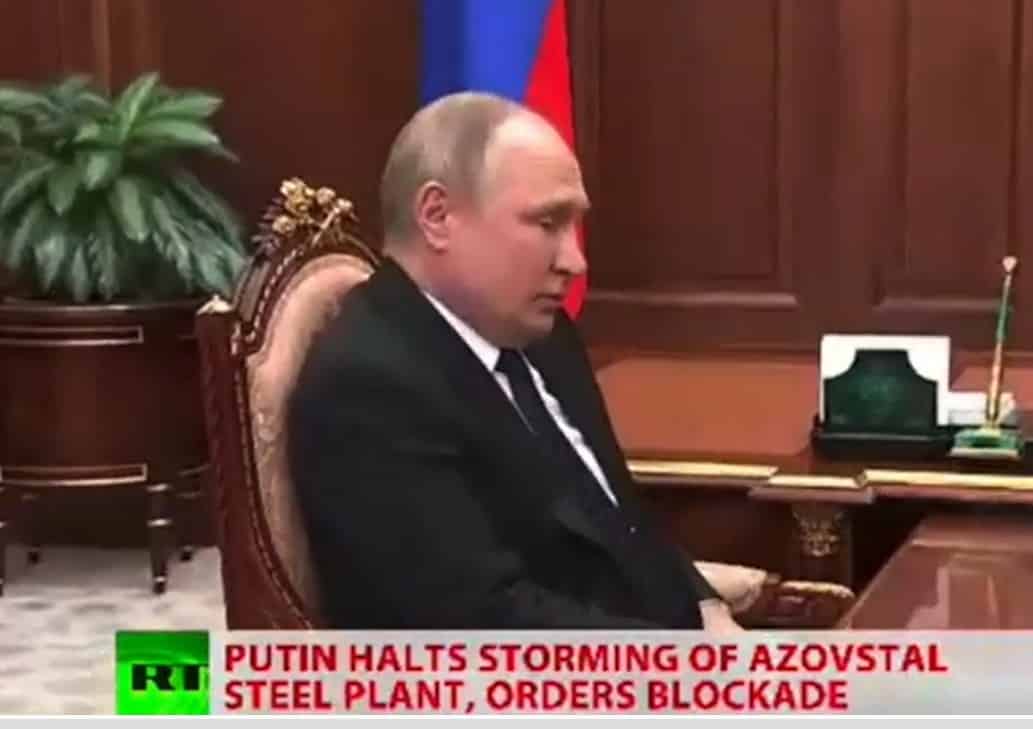 By Claudio Resta for VT Italia

Nowadays in the present conflict in Ukraine the delaying strategy of a slow and gradual attack to the enemy, targeting its supply lines, ,and accepting only smaller engagements on favourable ground, rather than a decisive attack, this strategy doesn’t seem to reveal itself as a very successful one on battleground, I personally believe.

Yet, , despite the fact that this strategy has been adopted mainly with the aim of minimising the loss of civilian lives, I guess, what is most unfair is the western indifference and contempt toward this human lives saving strategy that isn’t appraised and rewarded at all by Western PR and mainstream media.

That on the opposite is unfairly everyday stigmatized by Western PR and on all Western mainstream media in bad faith ignoring any respect  for Ukraine civil lives.

I believe that the reason of this prudent and cautious strategy may be found in a sort of inferiority complex that Russians have always had toward the West.

Peter the Great fought to turn Russia from a backward country into a European country.

He went to see how the Dutch built warships and the Prussians trained the army.

Alexander I had an inferiority complex towards Napoleon, at the time at the height of power. He never wanted to go against him, but he was forced to do so by the Russian merchant class.

The aristocratic ruling class at the time of the Tsarist Empire spoke French even after the revolution to feel part of that part of Europe that appeared more advanced.

Just Lenin was indeed free from this complex but he represented an unique example of this exception rather than the rule due of all his wanderings abroad during his exile with an extremely independent, critical and lucid mind. His exile: a forced “Grand Tour”.

I personally believe that even Stalin himself, who apparently does not seem to be affected by such a complex, in some way was partly in line with this complex. At least he was not so absolutely free from it as Lenin although he did not show it.

Concerning the present situation, I believe that the Russian people and their leader should get rid of this complex given the particular historical moment we are experiencing.

The lowest point in the history of the West, especially of its culture, of its values and of its civilization.

Beyond the Hindu religion, also in a secular perspective something like the Kalyuga of Western Civilization.

Or if we want to remain in a Christian perspective: We have to go back to the Great Schism of 1054.

Also because the reigning Pope Frances (?) doesn’t seem to have good credentials.

Two Popes alive at the same time (?!) and the implications of this coexistence (Sedevancantism, Munus Petrinus and alia;

His illegal election against Canon Law due to Sankt Gallen Mafia;

A possible charge of heresy for Bergoglio that no catholic dares to denounce (the Dubia of 4 Cardinals);

But his Church financially rely upon his power in the total absence of all spirituality .

And other  relevant reasons like the spontaneous closing of churches for prophylactic measure and the black out of spiritual assistance to christian souls during Covid 19 emergency…Something never heard in all history, I believe.

So Russia please be aware of your high duty of responsibility towards this harsh present in contemporary history and please rid again all the World of evil influences and if necessary get yourself rid of your inferiority complex towards a now decayed West.