Home WarZone Ukraine War: Journalist and Academic Banned by Italian TV due to they... 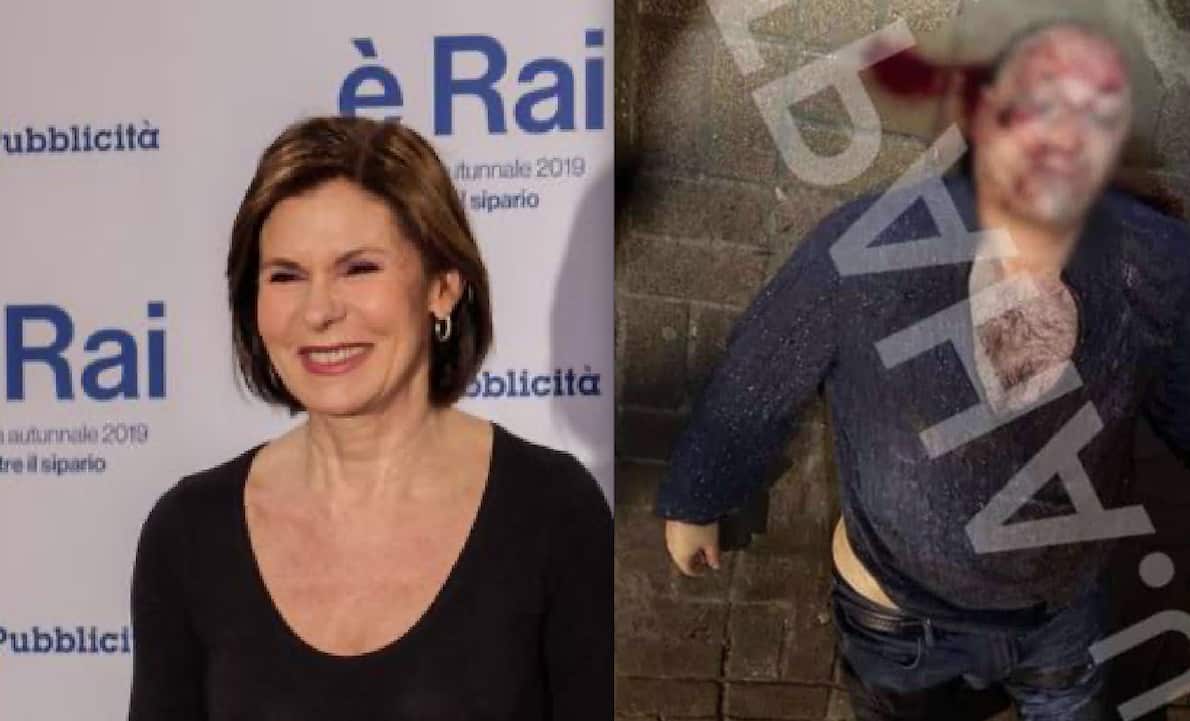 In the cover image, RAI journalist Bianca Berlinguer and Denys Kyreyev, a member of the Ukrainian delegation for peace talks with Russia shot in the back of the head by NATO-armed President Zelensky’s SBU Security Service agents

«Cartabianca, prime time talk broadcast on Rai 3 (national Italian TV), hosted by Bianca Berlinguer, closes its doors. The reason? The presenter is accused “of having given too much space to the alleged Putinians”. The decision had already been in the air for several days, especially after the words of the RAI administrator Carlos Fuortes in the Supervision, but now there is confirmation» writes Affari Italiani network reported.

This takes place a few days after the release of the new World Press Freedom Index – an annual ranking that evaluates the state of journalism and its degree of freedom in 180 countries around the world – which revealed Italy’s worrying situation. Our country currently occupies the 58th position, losing 17 places compared to 2021 and 2020 (when it was stable at the 41st position). Italy was also overtaken by Gambia and Suriname.

The guillotine used by the sans-culottes during the French Revolution hatched by the Freemasons returns to use, at least professionally and socially speaking, in the lurid hands of lies of the servants of the mainstream of the New World Order: worthy heirs of the Illuminati of Bavaria and the Rothschilds who also planned the Bolshevik Revolution against Russia.

As the land that once belonged to the Romanov Tsars, sanctified by the Christian Church together with their innocent servitude as martyrs of Lenin’s satinasts. converted to Christianity after John Paul II’s consecration to Our Lady, the hooded brothers who today wear the clothes of presidents of powerful nations are blinded by the Russophobic hatred against Vladimir Putin, not surprisingly supported by the Patriarch of the Orthodox Church of Moscow and recently minimally justified by an increasingly confused Pope Francis.

They have malignant blood in their brains and drooling in their mouths precisely because – unfortunately, according to them – they cannot act in the capitals of Europe such as the Azov Battalion and the Ukrainian Security Services that bind and shoot in the heads of Russian prisoners as much as members of the delegations for mediation on peace between Ukraine and Russia.

So earlier the academic Alessandro Orsini was “professionally shot down”, canceled from the Luiss University (Freemasons led) together with the maxi geopolitics archive he produced in the International Security Observatory, and now it’s the turn of the journalist Bianca Berlinguer, daughter of the well-known leader of the Communist Party Enrico Berlinguer who attempted the historic Italian PCI-DC compromise and escaped the “gallows of the system” only thanks to the “sacrifice” of the Christian Democratic statesman Aldo Moro: kidnapped and killed by the Red Brigades in an intrigue between terrorism and secret services.

That intrigue between Deep State and intelligence was ascertained by the Parliamentary Commission of Inquiry into the Moro case and is very similar to what has been seen in Bosnia and Syria between the CIA and Jihadists and which is seen in Ukraine between ISIS guerrillas and the proNazi regime protected by NATO and the UN.

Among the blood-stained shadows of these international conspiracies, the lights, understood in an Enlightenment sense and certainly not Christian and human, of two presidents of the Republic of the Democratic Party have grown.

Italian PD is the political alignment born of a sordid compromise between traitors of authentic socialism-communism and members of the intelligentsia of the DC left, both survived through the magnanimity of many magistrates and by defection (sic), due to death in bomb attacks, by the judges Paolo Borsellino and Giovanni Falcone who wanted to clarify the relationship between business, mafia, politics and Freemasonry.

Sergio Mattarella, Minister of Defense when NATO carpet-bombed Serbia in 1999, and Giorgio Napolitano, head of the State and of the Armed Forces who made available the Italian bases for the bombing of Libya in 2011 and the assassination of Colonel Muhammar Gaddafi, paving the way for the era of Jihadism in North Africa, which resulted in apocalyptic migrations with the trafficking of new African slaves to Europe.

Today Mattarella, in the occult role of ambassador of the New World Order, first announced the war in Ukraine and then legitimized the supply of weapons to the regime of President Volodimir Zelensky who, after having had the Nazis of the Azov Battalion trained by the CIA (according even to the dossier of Archbishop Carlo Maria Viganò, Apostolic Nuncio emeritus of the Holy See in the USA) also recruited the ISIS traps.

This, in a nutshell, is the simple contemporary history that can easily explain why seekers of truth like Orsini and Berlinguer had to be wiped out.

Because their questions on the conflict in Ukraine did not turn back the clock of historiography only up to the bloody NATO coup in Kiev in 2014, but even up to the conflict in the Balkans, the Allied landing in Sicily with the complicity of the mafia, and the Expedition of the Thousands by Giuseppe Garibaldi, financed and militarily supported by British Freemasons.

There began the germs of the Anglo-American 007 operation called StayBehind and mota in Italy like Gladio behind which the secrets of the Moro crime and other massacres are hidden.

Who is not able to read behind all this the direction of the New World Order, a potentate created by Freemasonry with mostly Zionist financiers and military intelligence apparatuses, is worthy of paying 10 times its natural price for gas, wearing not only an anti-Covid mask but also two slices of salmonella salami on the eyes, and have the 10 doses of dangerous gene serums that the European Commission has already bought for every EU citizen injected.

Others will read in a future article what they can do to fight the NWO. With the faith in Christ only!