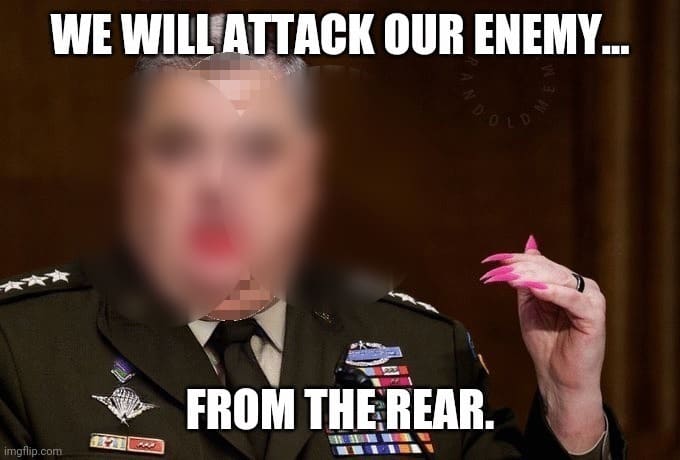 A new piece by John Kaminski on America’s noble effort to start WW3 in the Ukraine. — Jack.

Only fools, criminals, retards and perverts support the ongoing U.S. war against Russians trying to rescue their own relatives from the criminal madmen in Ukraine who are glorified as patriotic heroes by the American drug pushers and child rapists who have turned this poor country into their warmaking crime center in eastern Europe.

Normal people not fooled by the barrage of media lies know that Russia has only been trying to protect its citizens being murdered by American mercenaries and was forced to act to forestall an invasion planned by the madmen running Ukraine.

Now as an endless supply of new weapons are smuggled into Ukraine from every angle, this creepy coalition of corporate criminals that includes corrupt politicians, blood drinking billionaires and jaded journalists who will say anything for a paycheck, plus Jews posing as Nazis butchering their own countrymen and a comedian paid millions to pose as a patriotic president, asks the world to support its request for help so it can remain a lethal Western thorn in the side of America’s perpetual enemy, the old Soviet Union.

Never mentioned in their cynical pleas for support is the comparative example of how Americans might respond to Russian missiles in Mexico which is the threat that the U.S. biolabs in Ukraine pose to Russia.

Supporters of this demented Ukrainian underworld are the same thoughtless patriotards who cheered America’s 20-year torture of Afghanistan, the continuing rape of Iraq, the demolition of Syria, the evisceration of Libya, the continuing abuse of Yemen and dozens of other illegal assaults on defenseless countries around the world that have darkened this young 21st century with unceasing mass murder and mayhem, all grouped under the rubric of fighting a phantom terror apparatus that is secretly manufactured by Washington and Israel.

Members of this malevolent freak show have all combined in a nightmare cabal to support the criminal state of Ukraine obscenely fortified by Western bribery and lethal bioweapons against Russia’s noble attempt to save its own citizens who have been being butchered by U.S. sponsored sadistic spies and mercenary murderers for the past eight years.