[ Editor’s Note: I surely couldn’t pass this up, coming from an Israeli source. No one in the US government or media would dare trash it, so here it is.

It’s a little late, but better than never. We have a long history of reporting on the neo-Nazis and Azov, going back to 2014. When this current fighting is over, there will be time to write a fuller history of it all.

The Cold War foreign intelligence agencies have always been wanting to keep a finger in the destabilization pies of countries by building ‘friendly forces’ with a combat capacity for when the big coup day comes.

When people don’t have money, but have low self esteem, it’s a big draw for them to become a player on the world stage. One just needs a suitable enemy to rage against. It took some time for NATO to grow this current Ukraine war, and here it is.

The only people who seen to be benefiting from it so far are the usual grifter types that always crawl out from under their rocks in times like these… Jim W. Dean ] 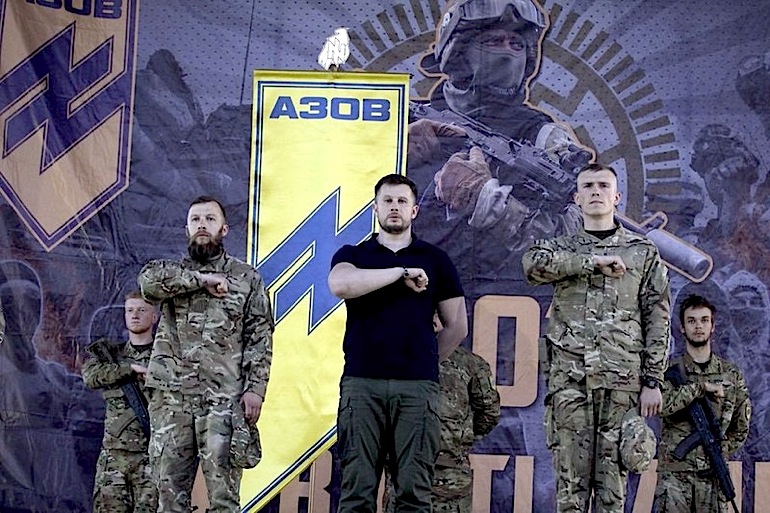 Sputnik News, a Russian state-owned news agency that is now inaccessible in the US, reported last week that Putin’s claims of ties between the US government and the Ukrainian neo-Nazi Azov Battalion were true.

Formed in 2014, the Azov Special Operations Detachment is a right-wing extremist, neo-Nazi, formerly paramilitary, unit of the National Guard of Ukraine, based in Mariupol, in the Azov Sea coastal region.

A 2016 report issued by the Office of the UN’s High Commissioner for Human Rights details accusations against the Azov movement’s use of torture and other war crimes in the ensuing conflict after Russia annexed Crimea in 2014.

The battalion’s sources of funding have always been unclear but the report cited the battalion’s online claims of receiving training from foreign military forces including those of Canada, Germany, the US, and the U.K.