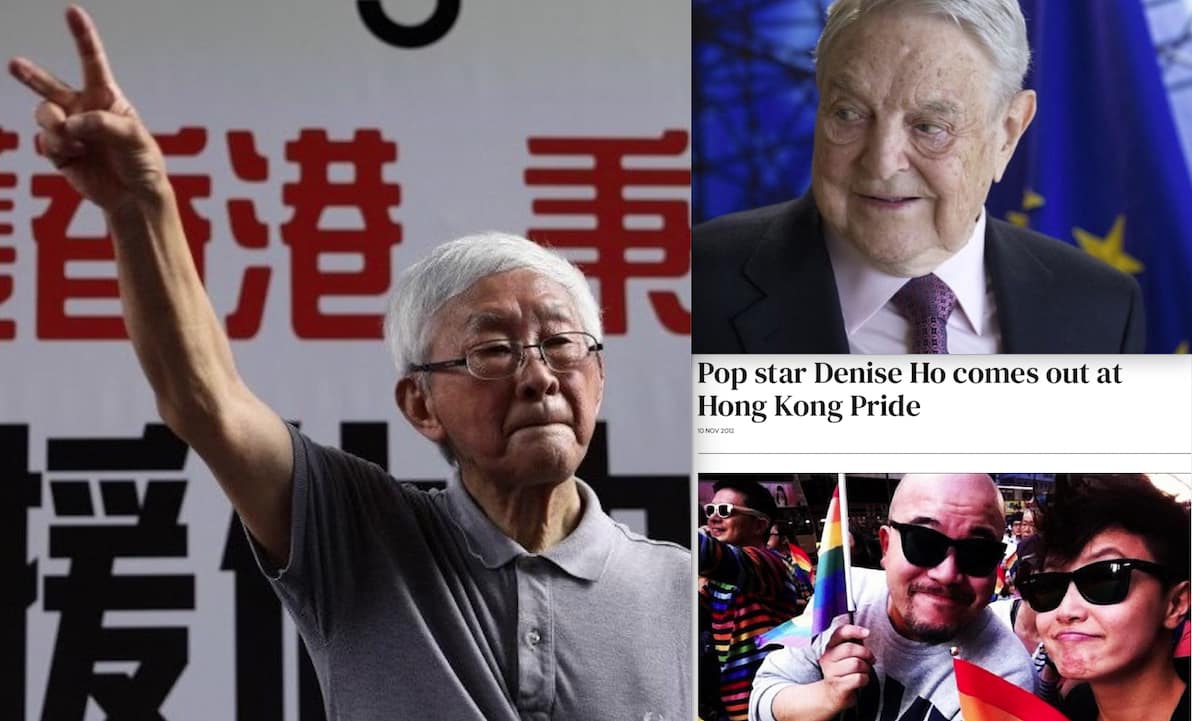 «Cardinal Zen was one of the trustees of the beneficial organization, who stopped operating last October. The authorities arrested him together with other promoters of the fund, including the well-known lawyer Margaret Ng, the academic Hui Po-Keung and the songwriter Denise Ho. From what is learned, the investigation of the police concentrates on the possible ‘collusion’ of the Fund 612 with foreign forces, in violation of the draconian law on national security imposed by Beijing in the summer of 2020. Zen has long been in the sights of the Chinese government. In January, the pro-Establishment press published four articles in which it was accused of inciting students to turn up to 2019 against a series of government measures».

This is what AsiaNews wrote about the arrest of the Cardinal of the retired Catholic Church, Joseph Zen, 90 years old, stopped last May 11 by the authorities of Hong Kong, of which Diocese has long been the Catholic Bishop. The cardinal was arrested by the police of national Chinese security with the accusation of “collusion with foreign forces” in relation to his role as administrator of the “612 Humanitarian Relief Fund”, who supported the pro-democracy demonstrators in the payment of the legal expenses they had to face.

“The Holy See learned the news of Cardinal Zen’s arrest with concern and follows the evolution of the situation with extreme attention”. This was stated by the director of the Vatican press room Matteo Bruni according to what reported by Italian newspaper Avvenire.

«Open defender of democratic rights in Hong Kong and in continental China, Cardinal Zen has often witnessed the hearings that see political defendants and pro-democratic activists, who ended up at the bar on charges of having violated the national security measure. Zen is a supporter of the pro-democracy movement» adds the newspaper of the Italian episcopal conference.

But if we thoroughly analyze the area in which the controversial figure of the old high prelate moves, a desolate picture emerges in which the testimony of the God of Risen Christ seems to have given way to a secular progressiveness clearly contrary to the most rooted Bible values.

Born in Shanghai and ordered in 1961 Priest of the Salesians of Don Bosco, Cardinal Zen had fled to Hong Kong to escape the second Chinese civil war and had become bishop there. He was proclaimed Cardinal in 2006, the second person of the Catholic Church of Hong Kong to receive this honor. Subsequently, after the controversial return of the British colony under the power of Beijing in 1997, he became a supporter of the Hong Kong democratic movement, very active in the fight against the interference of the Chinese Communist Party in missionary and ecclesiastical activities.

I personally know a young and fervent Christian of Hong Kong, already engaged as a lawyer in a foreign bank, and she never revealed a climate of fierce religious repression…

«Blessed is the one who does not walk in step with the wicked or stand in the way that sinners take or sit in the company of mockers, but whose delight is in the law of the Lord, and who meditates on his law day and night» says Psalm 1 who should probably be reviewed by this elderly cardinal, looking the ties that he has chosen in recent decades.

The former bishop of Hong Kong was in fact arrested together with the singer, actress and activist Denise Ho Wan-See, born in 1977, known as Hocch after starting the Hocc Charity Fund in 2007 to encourage supporters and young people to take care and give the company more. Wikipedia writes about her: «Committed for democracy and LGBT rights, she was included in the black list of the Chinese government for her active participation in the 2014 Umbrella Revolt. She was arrested in December 2021 in Hong Kong by the Chinese police in Occasion of the closure of the online newspaper Pro-Democracy Stand News. She was inserted by the BBC on the list of the 100 most influential women in the world».

At the age of 35 Denise Ho she proudly claimed herself as “Tongzhi”, a Cantonese term term for homosexuals, during the fourth annual parade of the pride of Hong Kong on November 10, 2012. He therefore became famous as a singer-songwriter thanks to the Lobby LGBT that within the “612 Humanitarian Relief Fund” movement, of which Cardinal Zen was prominent exponent before the NGO was closed by the authorities, can also boast Cyd Ho Sau-Lan.

«Cyd is an advocate for LGBT rights, and for the rights of sex workers and women, and has been a significant voice against gender discrimination and discrimination on family roles. She was one of a few legislators to openly support LGBT, and has subsequently received criticism and attacks. She has been pushing for the government to enact anti-discrimination legislation based on race and sexual orientation.  She was chairperson of the bills committee for the 2004 Education (Revised) Bill and vice-chairperson of the panel on environmental affairs».

This is what we read precisely on the official website 612, connected with other political fundraising movements and with the revolution of umbrellas that the NGO Canvas took place. And it is those who comes the worst for the doomed cardinal…

In “scar” to its acronym deriving from the Center for Applied Nonviolent Actions and Strategies activists do not skimp with the use of any form of violent aggression.

THE REVOLUTION OF UMBRELLAS OF CANVAS ALONGSIDE CIA AND SOROS

«Canvas was founded in 2005 by Slobodan Djinovic and Srdja Popovic to support the use of non -violent resistance in promoting human rights and democracy. Since then, we have worked with pro-democracy activists of over 50 countries» writes the activists on their site by omitting to say that they are the same ones who bloodied the squares with the “closed fist Otpor” in Belgrade before the Balkan war, during the revolution Of the Rose in Tbilisi, the Revolution of the Cedri in Lebanon and the Orange Revolution of Kiev, an appetizer of the coup financed by the NATO countries in February 2014 after the massacre made by mysterious mercenary snipers between the crowd and the policemen in Piazza Maidan.

In a previous Gospa News investigation we have shown that the activists of the Umbrella Revolution used the incendiary urban guerrilla warrilla with the Molotov bottles, already experimented with the Guarimbas in Venezuela, where Canvas boasted to try stir up regime-change against the elected president Nicolas Maduro. In the same reportage we highlighted the unfortunate episode of a Chinese parliamentarian wounded with a stabbing from a protester that had offered him flowers to bring him closer.

In the same investigation we explained how the umbrella activists had contacts with the American embassy and were piloted by the counterintelligence of the Central Intelligence Agency, thanks to the activists of Canvas created by the same CIA in the former Yugoslavia, and the great exporter of democracies with bloody revolutions: the Hungarian-American Zionist plutocrat George Soros.