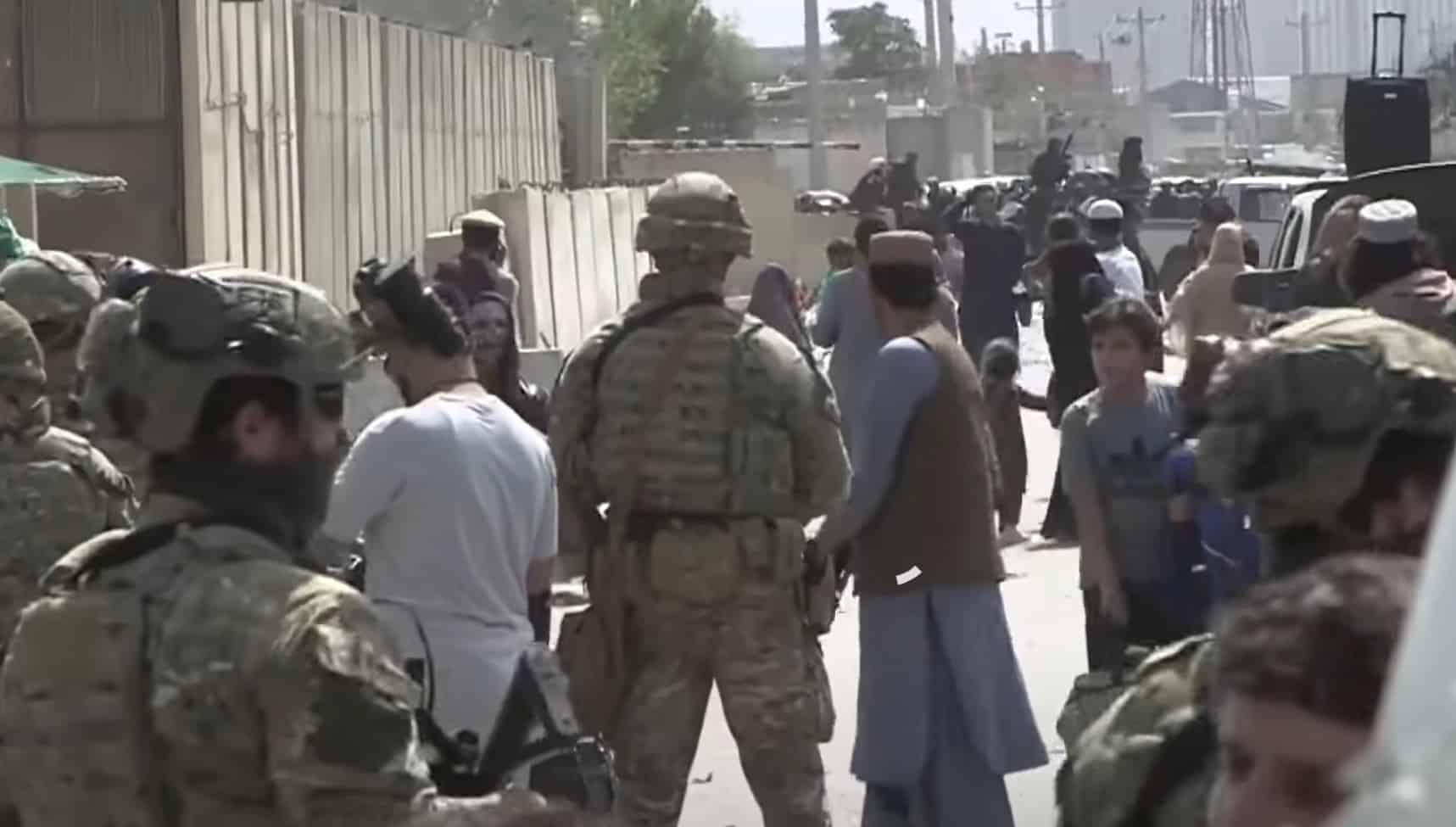 Note: This article is my personal opinion and has nothing to do with any political party or the policy of the Afghan government.

An important article in the peace agreement between the United States and the Taliban (February 29 2020) has been widely debated in the media, and “Afghanistan’s soil will not be used against the security of the United States and its allies.” Important and senior officials of the Islamic State of Afghanistan have repeatedly stated that no country can be threatened from the territory of Afghanistan and no one is allowed on their soil to oppose their neighbors, the region and the world.

It was hoped that power would be transferred peacefully to the Taliban and that the international community would normalize its relations with Afghanistan. On August 15, 2021 Dr. Ghani’s escape from Kabul created a power vacuum and the Taliban took control of Kabul and the entire country.

Taliban leaders have also become increasingly frustrated with the US / European Union and the international community’s cold-blooded approach, with President Biden’s inaccurate remarks about the USD 7 billion Afghan wealth increasing distrust between Afghanistan’s new Islamic State and the US.

Neighbors, countries in the region and the world still expect the current system to share power with other politicians, allow political parties to operate, and ease restrictions on the media and civil society.

Currently, embassies in China, Moscow, Pakistan, Iran, Uzbekistan, Qatar, Turkey, Kyrgyzstan, Kazakhstan and Turkmenistan have been handed over to the Afghan government. The delay in reopening girls’ schools beyond the sixth grade has further shaken the current Afghan government’s recognition process, a decision that has shocked world leaders, regional and Islamic leaders and political parties. Following the political upheaval in Afghanistan, the world, the region and neighboring countries have unanimously stated that they support lasting security in Afghanistan and will not provide any financial or military support to any Afghan militant group against the new Islamic State.

Recently, it has been observed that movements have started or are about to take place along the lines of some of Afghanistan’s neighbors. In addition, rockets are still being fired on Afghan soil by some of its neighbors in order to satisfy insecurity and their demands.

The youth of Islamic countries in particular and the Muslim youth of the rest of the world in general consider Afghans as role models for freedom and independence. Neighboring countries, the region and the world should know that the current Afghan government also has the capacity to use soft power in neighboring countries, the region and the world, but Afghans do not want to threaten others from their soil, the present Afghan government wants to have good and constructive relations with all neighboring, regional and world countries.

As Pakistan faces a political crisis at home with the Pashtuns of North and South Waziristan, the anti-Pakistan opposition in Baluchistan is so strong that a series of military strikes have been launched, with many residents in Khyber Pakhtunkhwa still waiting for the right time. If they can restore the rights and dignity of those who have been deprived of their rights by the central government in the last twenty years or so, they will be able to do so again.

In such a situation, Pakistan should not allow anti-state elements in Afghanistan to carry out anti-Afghan activities on its soil, if Pakistan harbors anti-state elements on its soil or The Durand Line deal to take place this time, as a result, distrust between the two countries will increase and such a situation will adversely affect both the countries.

When a new Islamic state emerged in Afghanistan, Iranian officials impatiently and openly demanded a large share of the Shiites and Hazaras in the system, as well as water from the Helmand River, an iron ore mine in Ghorian, a banking system and there are demands for free markets near borders which have not been accepted so far, but the present government has promised that the Shiite and Hazara brothers will have a place in the system on the basis of merit.

Most of the former Republican-era militants are currently stationed in Iran, most of them leaders who were stationed in Iran during the 1994-2001 years of the war against the Taliban, if Iran makes the same mistake again, it’s comparison to those years is wrong. Afghanistan is not that had been in the past it.

Iran is currently facing economic problems and international sanctions. On the other hand, Sunnis living in Sistan and its environs are supporting the current Islamic State in Afghanistan and they are tired of Iranian government’s religious discrimination and unbiased policies. If Iran contributes to instability in Afghanistan, the Afghan government could use a variety of means to pressure Iran to create problems at home, but the Taliban have repeatedly said that they do not interfere in the internal affairs of others and also not allows others.

Iran should do its utmost to build a constructive relationship with the Afghan government, not waste time on meaningless things.

The last time the Taliban were in control of Kabul, (1996-2001) Tajikistan provided a base in the hands of opponents of the state, providing them with medical facilities, and Iran and India provided military assistance to the base.

Tajikistan, which was liberated from civil war in a deal with the Northern Alliance during Rabbani’s rule, has had its people living in peace and stability for the past two and a half decades. At a time when the government is facing civil threats due to severe economic problems, unemployment and widespread financial corruption in the system, on the other hand, the present government in Afghanistan, if opposed, will once again have bases and activities on its soil. It is thought that this time around, Tajikistan’s actions will once again give the Tajik government an ax to grind against Islamist opponents, with the result that Tajikistan itself will become a poor country of insecurity and instability.

In the past, during (1966-2002) Uzbekistan has maintained good relations with the Taliban and secretly aided Abdul Rashid Dostum, but distrust between the Afghan government and Uzbekistan was not high at the time, the relations were improving and expanding.

Uzbekistan is still Afghanistan’s most peaceful and good neighbor after Turkmenistan, but recently some irresponsible militants/insurgences have been crossing the border from Turkey to Uzbekistan and trying to cross from Uzbekistan to the north and center of Afghanistan.

Recent reports of insecurity in Uzbekistan indicate that if any country in Afghanistan favors insecurity, that country will also burn.

In a nutshell, India’s past concerns about the current system in Afghanistan have been allayed and its current policy is largely in Afghanistan’s interest. So far, no anti-Afghan policy has been seen by India, some of the Taliban strong opponents who had fled to India shortly before and after August 15, 2021 were not allowed to carry out anti-Taliban activities in India. Those who thought of anti-Taliban political activity migrated from India to Iran, Turkey and Tajikistan.

Moscow, which is embroiled in the Ukraine war, has made it a priority to unilaterally end the war and prepare for a protracted confrontation with NATO, yet Afghanistan does not seem to have forgotten.

If China and the Moscow do not play a role in Afghanistan’s security, instability in Afghanistan will be fueled by the United States and without doubt it will extend to some of Afghanistan’s neighbors, event to Xiangyang.

The United States and NATO will certainly try to avenge their failures in Afghanistan on the Afghan people, but this is a mistake. Reaches out to stakeholders. If the US / NATO adheres to the present Afghan state under the Doha Agreement, there is no doubt that the benefits will accrue to the parties involved.

“Afghan soil will not be used against the security of the United States and its allies. The United States and its allies will not use force or threat against Afghanistan’s territorial integrity and political independence and not interfere in internal affairs of Afghanistan. The United States will seek economic assistance for the reconstruction of the new Afghan Islamic government after reconciliation through inter-Afghan dialogue and negotiations, and will not interfere in its internal affairs.”

As of August 15,2022, when the United States and its allies evacuated of thousands of Afghans to the United States / Europe and other countries, many of them were Taliban supporters and still sympathize with the present Afghan government, If the US / Europe pursues a policy of confrontation rather than partnership with the current Afghan government, the fires of insecurity and instability will undoubtedly spread to US and European markets.

Beyond that, the Taliban has the potential to pose a security challenge to the United States / Europe, but the current Afghan government does not want others to be threatened by Afghan soil.

It is the responsibility of the officials of the present government of Afghanistan more than anyone else to work hard for better bilateral relations with the neighboring, regional and international countries, to pay serious attention to the security of the country, the region and the world and protect Afghanistan from the factors support terrorism.

Some of our neighbors need not allow the current Afghan government’s opponents to operate in their countries, do not provide them with financial and military assistance, and if they do, the Afghan government will be forced to do the same. If it can do that, then it will do more harm to the neighboring countries, because the Afghan people do not want another war in the country.

The US / NATO / Europe needs to not forget Afghanistan as it did in the 1990s, not let this country again face many problems due to economic crisis, social structures and various reasons and again the region and the world become insecure.