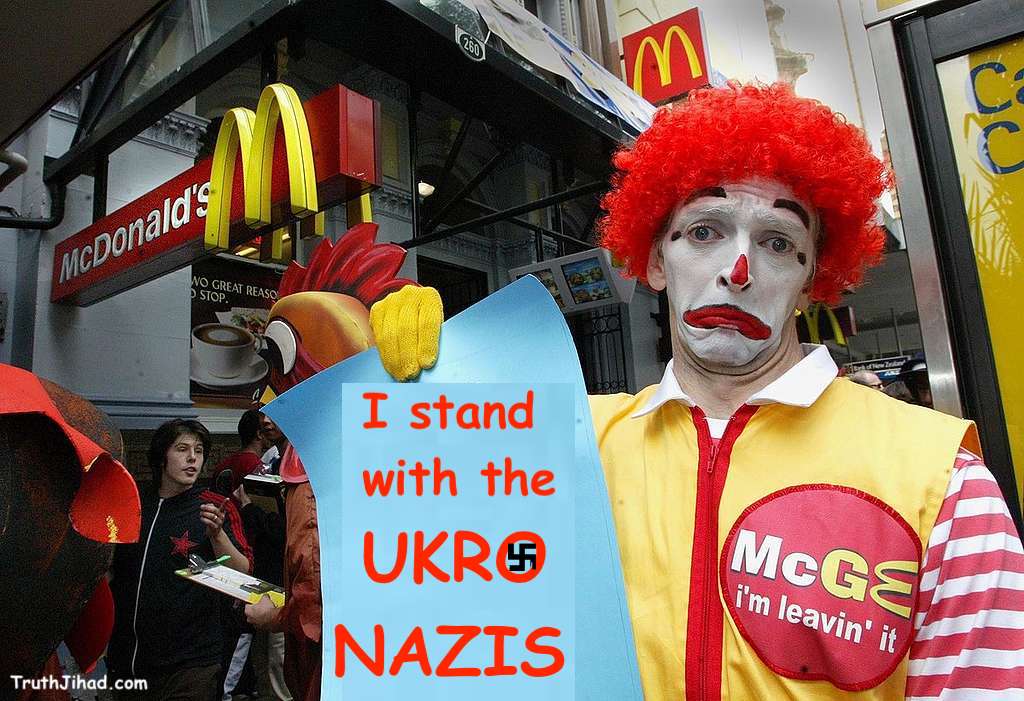 The Russian Ministry of Health announced Tuesday that McDonalds’ decision to leave Russia is expected to add more than four years to the average Russian’s life expectancy.

Studies undertaken by the University of Moscow School of Health Issues and Troubles (UMSHIT) show that when the drunken buffoon Boris Yeltsin took over Russia after the CIA coup of 1991, Russian men lost almost a decade of life expectancy. Originally it was thought that the looting of Russia by CIA-affiliated Zionist billionaire oligarchs had destroyed life-support systems for food, utilities, and other infrastructure, and that Russians were so depressed about being ruled by an evil American-owned clown like Yeltsin that they started drinking themselves to death.

But more recent research has revealed that McDonalds also played a role. “We discovered that the high-calorie, high-carb, addictive-chemical-drenched drek served by McDonalds was responsible for almost half of the massive loss of life expectancy suffered by Russia after its defeat in the Cold War,” said UMSHIT researcher Morgansky Spurlockovich. “That means that during the past three decades, McDonalds has killed nearly as many Russians as Hitler did. Expelling McDonalds from Russia will save millions of Russian lives and go a long way toward addressing our demographic deficit.”

Sources close to Vladimir Putin say that Russia will not only send McDonalds back to the US, but also covertly fund its operations there.  By spending a fraction of the vast wealth Russia is earning due to higher energy prices to open even more McDonalds franchises in America, sources say, Putin will further feminize American men, render them obese and unable to fight, and ultimate kill millions of Americans at a fraction of the cost of a single 9M730 Burevestnik radioactive-tidal-wave-causing cruise missile.

Meanwhile, rumors that the Russian Air Force has begun dropping Big Macs with fries and soda on decision-making centers in Kiev have not yet been confirmed by official sources.