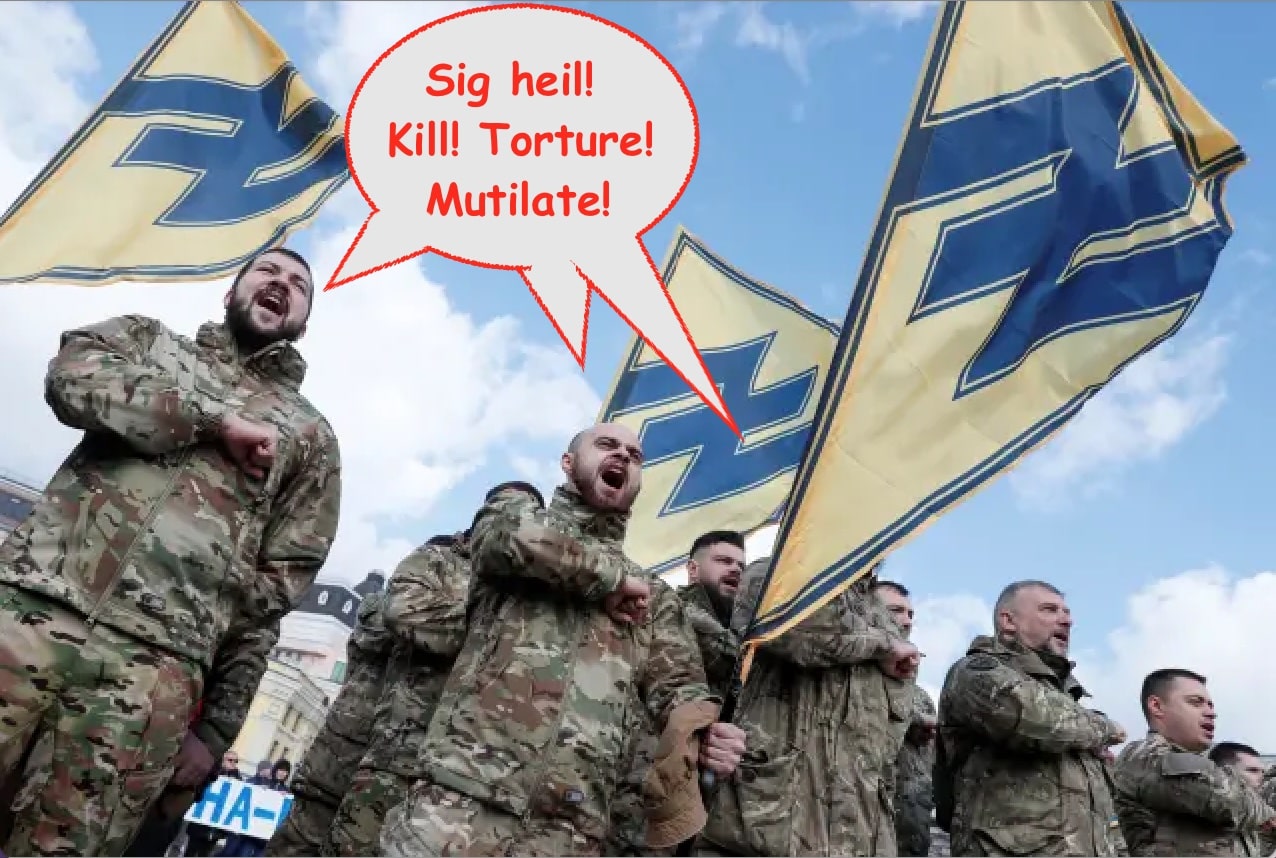 There is a reason why this article is headlined with a question. So far there is no hard evidence that NATO and its puppet Zelensky ordered that the NATO officers directing UkroNazi forces in Azovstal be murdered, and their corpses mutilated to prevent the Russians from identifying the remains.

So sure, it’s a question…but it’s a good question. The man asking it, International Relations professor Michael Brenner (University of Pittsburgh) is one of the few American academicians brave enough to contemplate such things. He will appear tomorrow night, Friday, on my live radio show.

There is reason to doubt whether the question of foreigners participating in the fighting in Ukraine will be answered by the surrender at the AZOVSTAL works.. It is not their numbers that is significant. They have had no bearing on the outcome of the conflict. Indeed, if any such persons are individual volunteers, even the issue of provenance means little. Only were whole units organized and dispatched by the Western powers would they take on a diplomatic dimension of consequence. Consequential insofar as the terms of settlement and future political dealings both within Ukraine and between Russia and the West are concerned.

Another conceivable circumstance is one where Western military presence entails the provision of teams of specialized advisers and/ or experienced commanders (perhaps officially retired). Confirmation of any of these conjectures would be grist for Moscow’s mill. The larger the number of personnel, their seniority, and the higher their status in NATO military establishments the greater the potential impact.

The greater prospect of Western embarrassment, the less likely that the sifting of those now surrendering will definitively identify individuals or definitive evidence of their activities. The simple reason: whatever Western military personnel were holed up in the AZOVSTAL industrial complex are likely dead. Killed by the Azov Brigade and other associated neo-Nazi groups,  and disposed of in ways that ensure that their bodies could not be uncovered or identified. The motive? To spare Western governments the political costs that would ensue were it documented that they had been belligerents in the conflict – and to avoid diminishing the glory of the heroic defenders.

The Ukrainian leadership would escape sone of that embarrassment since any and all material backing from the West has been celebrated and of its increase a high priority. However, a negative popular reaction among the Western publics directly concerned could weaken support for the Ukrainian cause. Of course, the fate of Westerns at AZOVSTAL can be obscured by claiming that they died in combat – were other evidence to surface (e.g. electronic communications intercepts) that they had been in Mariupol. Anyway, a decision to eliminate awkward Western ‘helpers’ probably would be taken by the ruthless Fascist leaders who ran things at AZOVSTAL without regard to the wishes of Zelensky’s cast of characters in Kiev.

Is there a chance that the Russians might sift through the rubble seeking clues that could prove the presence of some notable Western military man? Improbable. Any candidate corpse would have had its identifying features obliterated and Moscow doesn’t have access to the DNA data bases of Western military institutions. Besides, it’s not clear that the stakes would be worth the bother.

Is all this too cynical to have any plausibility? The presence of Western military people is not at all inconceivable. But their expedient killing?

We can’t set odds. What we do know is that the Banderistas who provide the backbone and passion that has fired the Kiev hardliners since 2014 are anything but sentimentalists – no more than are the Biden bunch who cold-bloodily have been using the Ukrainians as cannon fodder in their war against Putin.

SOURCEMichael Brenner on Truth Jihad Radio
ATTENTION READERS
Due to the nature of independent content, VT cannot guarantee content validity.
We ask you to Read Our Content Policy so a clear comprehension of VT's independent non-censored media is understood and given its proper place in the world of news, opinion and media.