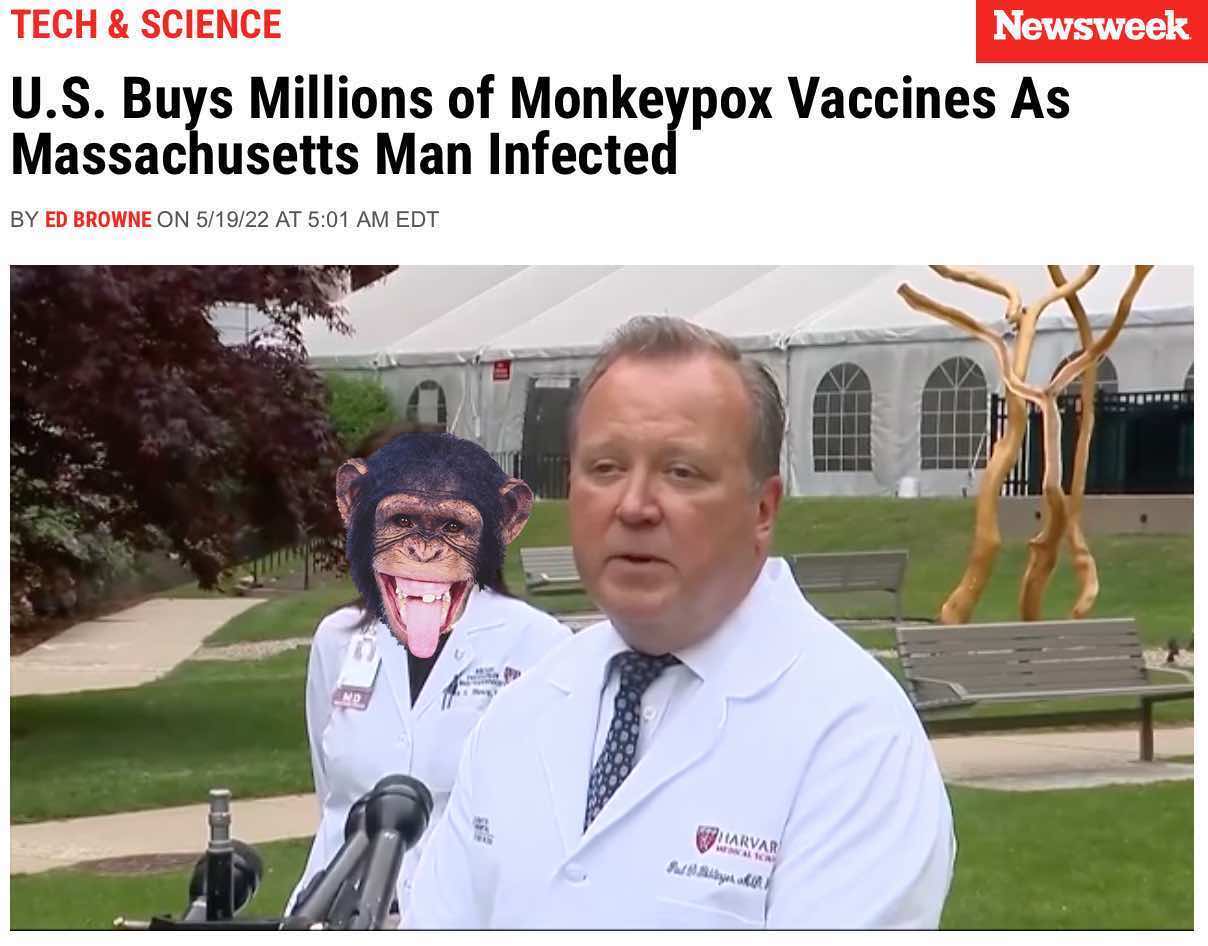 The Center for Disease Scares (CDS) has issued a new warning that the dreaded monkeypox—a highly contagious illness that makes monkeys of men and women—is spreading across America.

At a hastily-arranged  press conference in the monkey house of the National Zoo at the Smithsonian Institution in Washington, President Joe Biden and his Chief Medical Ape Anthony Fauci called for Americans to unite in shared sacrifice to defeat the dread disease.

“I have ordered the purchase of more than 500 million doses of experimental monkeypox injections from my big pharma political supporters,” Biden announced. The president said the vaccines will be distributed at zoos and carnivals, and that the government will be hiring tens of thousands of organ-grinders to bring the simian shots to every neighborhood street corner in America.

Fauci explained that the vaccines offer only one layer of protection, so Americans should also wear monkey masks and practice banana distancing. “If you wear a monkey mask and stay at least six banana-lengths away from other people at all times, the virus won’t spread and we’ll all live happily ever after,” Fauci explained, adding his trademarked punchline “trust the science” with a wink and a smirk.

According to the CDS, monkeypox is highly transmissable and causes its victims to break out in thick fur and grow a tail. The fur can cause death from heat exhaustion, especially in this era of global warming. It can also cause victims to fall out of trees, slip on banana peels, or choke to death while chewing their tails.

Biden blamed Putin for the disease and demanded more aid for Ukraine. “Vladimir Putin is making monkeys of us—literally!” the President solemnly intoned. “But we can easily stop him simply by spending hundreds of billions of dollars to purchase feces for the Ukrainian army to hurl at the Russians from the safety of their treetops.”

According to the latest Economist cover, the Putin-monkeypox scare is expected to last for at least two years, after which it will be replaced by a bird flu epidemic that will cause people to sprout feathers and cluck like chickens.