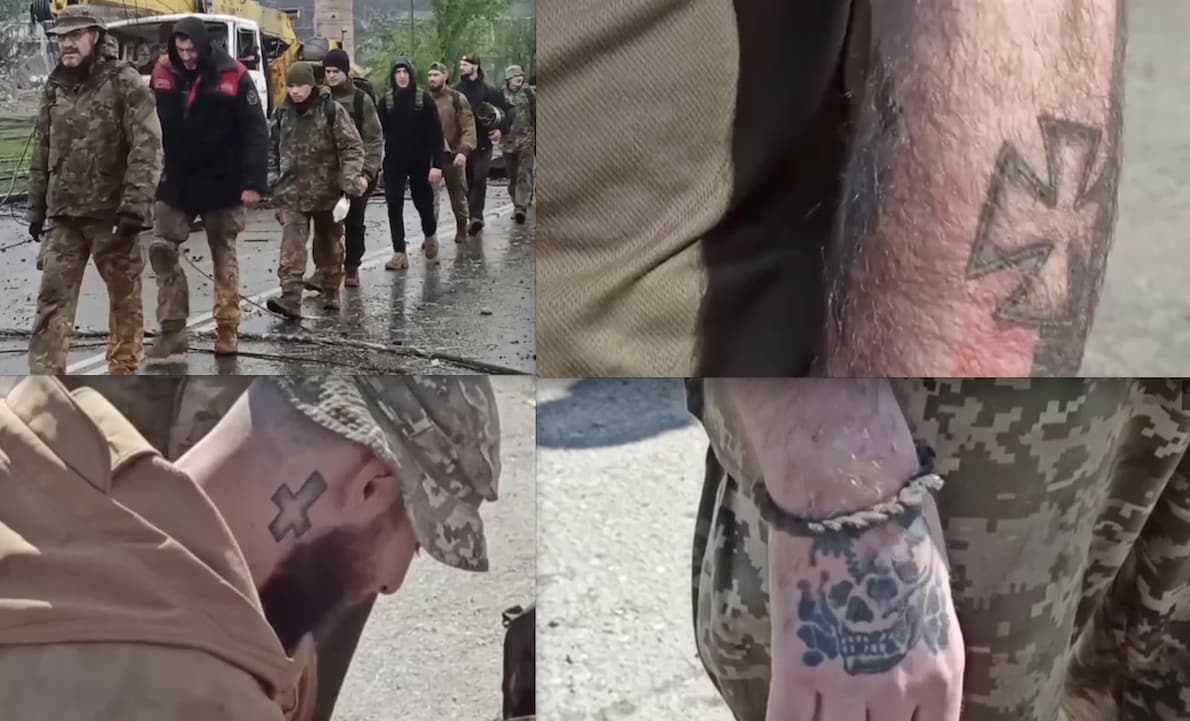 Mariupol was liberated by the Nazis of the Azov Battalion which plays in the official ranks of the Ukrainian National Guard of President Volodimir Zelensky. Russian President Vladimir Putin’s first major goal has been achieved.

For the new Tsar of Moscow, the conquest of the city of the pro-Russian Donbass had a fundamental symbolic and strategic importance but he was able to resist the temptation to exterminate ferocious militias and civilians, locked up in the Azovstal steel mills besieged by the Russian army, with those ballistic missiles. used by NATO in Serbia (by the then Minister of Defense Sergio Mattarella, now President of the Italian Republic and ambassador of the New World Order), in Afghanistan, Iraq, Libya and Syria.

In these Arab countries, as in Yemen, the massacres of the Muslim population do not touch the sensitive hearts of Europeans towards Ukrainian Christians, considered brothers only friends of NATO.

Putin waited 8 years to bring the “city of Mary” – founded in 1778 and named after the Russian Empress Catherine II in March 1780 in honor of Marija Fedorovna, wife of the future emperor Paul I – under the control of the Kremlin.

It could have attacked Mariupol in 2014 when the fratricidal war started in the pro-Russian separatist republics of Donetsk and Lugansk, triggered by the bloody coup in Maidan Square hatched by George Soros and the NATO countries in Kiev (after 9 investigations on the issue we can be brutally synthetic).

With some rockets he could have destroyed the Azovstal steel mills together with the military from Zelensky before May 9, the anniversary of the celebration of the Russian victory over the Nazis of Adolf Hitler who exterminated 1 million and 600 thousand Russian Jews with the fundamental support of Ukrainian collaborators, of which the ideologues and founders of the Azov Battalion are the heirs.

He could have ordered, albeit with a considerable loss of men, the assault of the special forces. But he reported leaving them locked up there with the imminent risk of dying soon of hunger and thirst and only one provision to the Russian commanders “so a fly can’t get inside”.

Patience rewarded him and from yesterday evening, Friday 20 May 2022, Mariupol will be a Russian city forever.

Unless NATO attempts a reconquest with the risk of a thermonuclear war that the Russian president is already ready to fight due to the verbal and strategic aggression of the Atlantic Alliance already exhibited in Syria, Libya and then in Ukraine.

“For the West it is a geopolitical challenge, for Russia it is a question of survival” he declared on several occasions, well aware of the militarization projects on the borders in Eastern Europe also unveiled by Gospa News in November 2021 in reference to the plan CEPA.

This is why the conquest of Mariupol is important for a symbolic reason: it demonstrates that the Russian army, with patience and certainly a lot of losses, will be able to conquer the whole of northern Ukraine by cutting off every outlet to the sea of ​​the nation that depends on it for all its trade of wheat to the West.

Zelensky, in the increasingly evident role of NATO hitman on behalf of the New World Order, revealed by the intrigues between Soros, Gates, Stoltenberg, Biden, CIA and Mattarella), shed crocodile tears on the “completely destroyed Donbass” and transformed into ” hell ”perhaps forgetting a fundamental passage preceding Putin’s military operation.

The 60 bombings carried out by the army of Kiev against the pro-Russian cities of the territories of Lugansk and Donetsk, which caused two civilians dead, in response to a sensational “false flag” for an alleged attack on an asylum, despite being obvious to any military with the slightest experience that the hole in the wall, relaunched with all kinds of photos by the western mainstream media, had been done with a pickaxe …

Only the next day from Moscow Putin recognized the independence of the two republics and thundered: “The bloodbath on the conscience of Kiev”.

Today the Ukrainian president, ready to sacrifice the life of each of his compatriots on the pagan altar of a blood pact with Western NWO governments that have become dictatorships thanks to the pandemic with “laboratory” SARS-2, reiterates that the war “will be bloody, we will fight, but it will definitively end with diplomacy ». But perhaps he forgets that he had a peace negotiator suspected of treason killed by the SBU Security Services: killed in cold blood with a blow to the back of the head.

He certainly does not want to understand that for every dead Russian soldier the Kremlin bar for the interruption of his military operation could understandably be raised. As of yesterday, the recognition of Mariupol as a Russian city, together with the whole of Crimea and the independence of Donbass, will also be one of the conditions required for the truce. Then it will be up to Odessa, then to Kharkiv and finally to Kiev.

THE CAPITAL OF STEEL FREED FROM SATANIST NAZIS

The conquest of Mariupol has in fact a symbolic and strategic value.

«The entire territory of the Azovstal factory complex in Mariupol has been liberated, the Russian Defense Ministry announced on Friday. More than 2,400 people surrounded inside for almost a month, including Ukrainian servicemen and members of the neo-Nazi Azov unit, have laid down their arms and surrendered» wrote Russia Today.

“The last group of 531 militants surrendered today,” the Russian military spokesman, Major-General Igor Konashenkov, said in a statement. He added that a total of “2,439 Azov Nazis” and Ukrainian servicemen had laid down their arms since May 16, and that the entire Azovstal complex is now under control of Russian armed forces (whole article here).