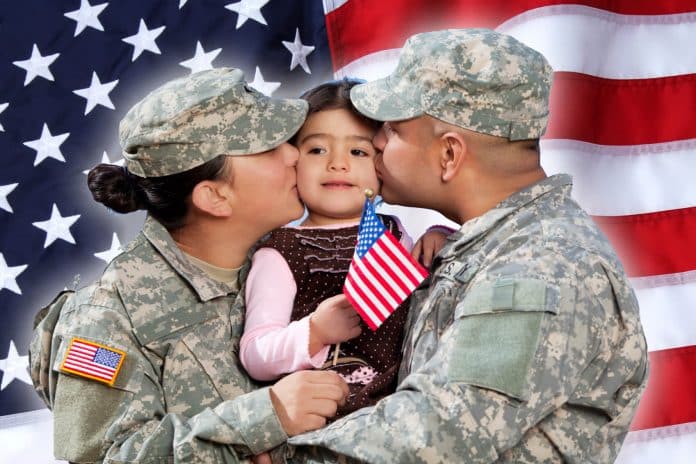 The wars in Iraq and Afghanistan are over. But American soldiers are still sent all over the place for their duties. The Army will send you to Italy for months of guard duty, the Air Force will make you fly circles around the North Pole for twelve hours a day, the Navy will never let you stay still, and the Marines will have you train troops in Poland. All outside the United States itself.

You do not want to be six months into dealing with Italian traffic or Polish weather before you think of how safe your family might be back in the States. You want to think of that long before you deploy anywhere. And that starts by thinking like an intruder.

To properly evaluate your family’s safety needs, you need to be considering what they are most likely going to run into. We are obviously not talking about whether they are driving safely or eating responsibly. These things hurt people, but not in the way you are worried about.

No, you are here because you are worried about your family having to deal with a home intruder. Whether it is while they are home or not, what do you do to catch a thief?

The answer is by thinking like one. And, surprisingly, by not trying to catch one. You see, the first line of defense for your family, while you are on duty, is an alarm system. A loud one. Too many people get caught up in the fantasy of a silent alarm that catches the thief in the act.

Here is the issue: This can lead to a thief causing far more damage than you want them to. Remember, thieves, are not brave people. They will run at the first sign of danger. They are also, definitionally, not hard workers. They will give up as soon as things get harder than they expect.

With this in mind, how can you use Smith Thompson to improve your home security?

We briefly mentioned alarms before, but let’s get a little more into the subject. Alarms are meant to do a few things. The most basic thing they should do is call the police. Of course, they can be programmed to call the police immediately or wait to see if they are deactivated before doing it.

The programming you give them can actually be pretty sophisticated. For instance, you can get an alarm that will give you ample time to deactivate it if it is tripped between 3PM and 5PM. That way nobody brings the police over after getting home from school or work.

But from the hours of 10PM to 4AM, the alarm can be much more sensitive. This can range from activating immediately, to giving an audible warning, to just giving you less time to deactivate it. The alarm can also be more sensitive to windows than doors.

And on top of all of these options, you can even set up the alarm to interface with a mobile app. That means you can get notifications when the alarm has been triggered, as well as both arming and disarming it remotely. Just be wary of the frequent notifications it will give you.

Cameras do more than just record what goes on around your property. As it happens, their primary function is as motion detectors rather than recorders of motion. The reason for this is simple: Recording activity takes a lot of infrastructure around it.

You need the recordings to be offloaded onto a hard drive of some sort, which you would then need to transfer to a computer in order to see. And even when you do, it is incredibly low resolution. What a security camera does is not record the wrongdoings of wrongdoers.

The real point of having a security camera network is giving extra sensors to your alarms. An alarm system will primarily be using motion sensors to track activity around your doors and windows. This is already pretty advanced, but it hardly encompasses your whole property.

A camera can help catch people getting near doors, windows, or walls that are otherwise not tracked by a normal alarm system. For instance, most alarm systems do not extend to your garage door. Many thieves know this and exploit it by prying garages open.

Smart homes are not perfect. They are new, meaning that they are unintuitive to most people, and they present their own security issues. But if there is one thing that they do better than normal homes, it is monitoring the atmosphere and safety of the family inside.

It means that your family does not have to worry about carbon monoxide leaks, high smog days, wildfires, or any other atmospheric corruption that might threaten their health. In the past, detecting these things was the job of smoke detectors that were in one or two rooms in a house.

But now, since almost every smart home device can have a sensor installed that detects these things, you can have a house practically covered in this kind of detection. This does not just mean you are more likely to catch these things before they become a problem either.

There are tons of different ways you can make safe your homestead even while not personally being there. Technology has done a lot to complicate our lives in the last twenty years. But it has also given us the tools to make our homes safer. So, make use of them.

SOURCESmithsonianMag.com
ATTENTION READERS
Due to the nature of independent content, VT cannot guarantee content validity.
We ask you to Read Our Content Policy so a clear comprehension of VT's independent non-censored media is understood and given its proper place in the world of news, opinion and media.