[ Editor’s Note: The title does not reveal anything new, as the US sanctions on Iran are not going away any time soon. But the Ukraine war has backfired on the Western war grifters, as their plan of quickly destroying the Russia economy backfired on them, indicating a huge joint failure by NATO, EU and US strategists who will now do their best to lie their way out of it.

The ruble rebounded quickly from its initial drop when the Western economic attack began, and then climbed to heights that forced Moscow to intervene to keep inflation down, which is no worse than in many other places.

The inflation is enriching the pockets of the war grifters’ business buddies, all thick as thieves when they see such an opportunity.

The wheat prices have increased for Iranians, with the government having adjusted its past subsidies that have long been used to keep prices lower. So Iran is stressed like the rest of the world is.

The US has a lot of inroads with young Iranians that are not happy living under a religious autocracy, but they live in an area where that is commonplace, and the US is not undermining, like the Saudis, Qataris and Dubai. Cultures do not quickly change to facilitate externally motivated political movements.

That said, the Ukraine war and its economic tidal wave has the Iran nuclear deal at a standstill. The latest news on negotiations is from the Washington Post, May, 25th:

Saying he was “not particularly optimistic, to put it mildly,” of success in the year-long negotiations over reviving the nuclear deal with Iran, the Biden administration’s envoy to the talks insisted Wednesday that ongoing diplomacy remains the best option for U.S. national security.

“The military option cannot resolve this issue” and prevent Iran from developing a nuclear weapon, Robert Malley told the Senate Foreign Relations Committee. “There is no military response … we’ve heard this repeatedly,” including from Israel, he said. “The only option here is the diplomatic one.”

What that is saying is the Biden regime cannot agree to renew some version of the old deal, given all it has on its plate now. It cannot do anything with Iran, as the Republicans would surely savage Biden on it during the midterm elections. 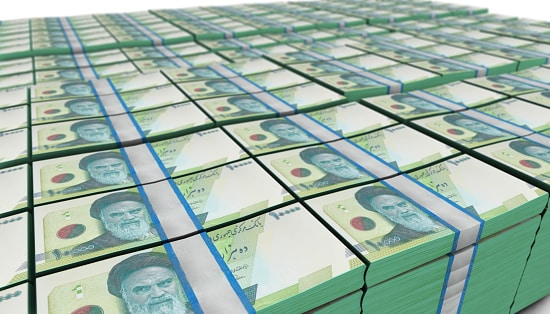 Iran has been living under US and EU sanctions for over four decades now. Over time, foreign food left the country, with the Danish and Dutch milk, English teas and cereals, coffee, and Swiss chocolate familiar to Iranians in the past having disappeared from store shelves. But there was no famine, as Iranian farmers did their best, baked bread, and bought rice from China.

During this period, three generations of Iranians have learned to live in isolation from the progressive world. Nevertheless, the restrictions imposed on the country at the initiative of the United States introduced a number of destabilizing aspects into everyday life, which are periodically used by Iran’s opponents to intensify protests in the country and undermine the internal socio-political situation.

According to regional media reports, since the beginning of May there has been a wave of protests in Iran, largely due to a decision by the country’s authorities to cancel subsidies for imported wheat. This led to a 300% increase in the cost of flour-based foodstuffs.

The government has also increased the prices of some basic commodities such as vegetable oil and dairy products. The situation was aggravated by a spike in demand: after the authorities announced price adjustment measures, the population, fearing an even greater rise in prices, rushed to buy food for future use.

On May 15, at a meeting with officials in charge of the country’s economy, Iranian President Ebrahim Raisi promised that general food subsidies would be replaced by money for those Iranians who meet certain requirements.

Vice President Mohammad Mokhber said prices for vegetable oil, chicken, and eggs “will be settled in the coming days.”

On the cost of bread, Mokhber said “violations are unacceptable under any circumstances” and the presidential administration has not made any decisions regarding prices, subsidies, and sales. According to the vice president, the cost of bread should not have changed, and since this occurred, it was a violation of the law.

Yet, the assurances about lowering the prices by the president’s administration did not calm citizens, and were used by opponents of the current regime, constantly fueled from abroad.

A network of “foreign spies” operating in the country, dozens of whom have been arrested in recent years, has been repeatedly reported on by Iran’s security forces. The arrest of dozens of such persons working in state bodies was announced last August by Iran’s intelligence minister.

As for the latest protests, one popular [social media] account published photos from demonstrations in Tehran with the faces of the protesters blurred to protect them from persecution. Similar incidences have already flared up in Iran in recent years: in 2017, 2019, and 2021.

Under the influence of “external coordinators,” socio-economic slogans quickly turned into calls for the dismantling of the current political system. The current manifestation is no exception.

Videos that appeared on social networks show that demonstrators in some regions of the country began to oppose the supreme leader, Ayatollah Ali Khamenei, and the concept of Wilayat al-faqih, which implies the extension of his powers to all public and social areas: government, judiciary, collection of state taxes, and international politics.

Yet, given the closed nature of Iranian society from active influence from outside, most of the protests do not appear to show any leader prepared by “external curators.” They mostly involve dissatisfied young people exposed to external influences demanding “an end to the current political system,” although they have no vision of what form the replacing administration should take.

Under these conditions the situation makes the continuation of the negotiations to restore the “nuclear deal” in Vienna all the more relevant for the country’s leadership because the success of the latter could lead to international sanctions being rescinded and a partial revival of the economy.

With regard to the nuclear negotiations, however, major changes in the short term should not be expected. President Raisi is unlikely to abandon the basic requirements for them, taking into account his conservative leanings and the ideas of his political camp about what the final of the diplomatic marathon should look like.

Against the backdrop of a clear crisis in Washington’s relations with Tehran and the remaining problems in the settlement of the Iranian nuclear program due to the US, the latest protests in Iran have attracted increased attention from the Biden administration. State Department spokesman Ned Price expressed his support and encouragement for the participants of the demonstrations.

“The brave Iranian protesters are standing up for their rights,” the diplomat said, adding, “The Iranian people have the right to hold their government accountable. We support their right to peaceful assembly and freedom of expression online and offline without fear of violence or retaliation.”

Along with the desire to use the internal destabilization of the situation in Iran, the United States attempted to promote its “Plan B,” involving the oil factor.

According to the Iranian publication Hamshahri, Washington seeks to stimulate Tehran “to solve social problems and replenish the nation’s budget by increasing oil supplies to the world market so that it enters into competition with Russian oil.”

Moreover, Western media outlets even started disseminating information around “Plan B,” and about supposedly already started bargaining between Iran and the United States. There was information that Tehran apparently has begun to actively load oil into tankers in anticipation of a nuclear deal.

Some experts in the West began to spread information that diplomats in Vienna “are about to complete work on a deal to limit Iran’s nuclear program in exchange for easing sanctions.” And because, according to analysts, Tehran will need several months to increase production volumes in oil fields, it is allegedly already increasing the loading of its tanker fleet in order to increase its oil exports almost immediately after sanctions are eased.

The American publication Politico even expressed an opinion about the possibility of concluding a deal between the United States and Iran without the participation of Russia and outside the format of the Vienna talks.

Secretary of State Antony Blinken said that Washington is trying to restore relations with oil-producing countries that can replace supplies of Russian heavy oil needed by the Americans. Iran is named among the “replacement sources.”

Ultimately, the adviser to the Iranian delegation in Vienna, Mohammad Marandi, was forced to issue a special statement, according to which Iran “in principle cannot be a competitor to Russia in the oil and gas market.”

Tehran thus confirmed that it does not intend to act according to the American scenario against Russia, although it is ready to accept any proposal, especially from allied states.