[ Editor’s Note: On the Donbas front, we have the three missile strikes west of Popasyana, an indication of pummeling the remaining supplies of the Ukraine troops holding the line there. Seeing your ammo dumps go up in smoke is a great incentive to pull back to where you know you have the resources to fight.

The Donbas and Russian forces have to push the Ukies west so they cannot shell the former’s positions when they begin to close the pocket on Serverodonetsk. Kiev’s goal is to use its troops, to the last man if needed, to hold up the Russian advance there, praying that a miracle Western cavalry might appear to save Zelensky.

Note the ‘multiple missile strikes on the Denipro National Guard base, which appear to have been far away enough from the front to pose no threat.

But that is the war station, where the two Polish battalions of artillery were supposed to have staged at, but we have heard nothing more about them, maybe due to earlier missile strikes.

The Russians have shown that they have had good Intel on the routes these Western arms shipments are taking, and Moscow is saving its missiles for those kinds of targets, as it saves a lot of its combat troops… Jim W. Dean ] 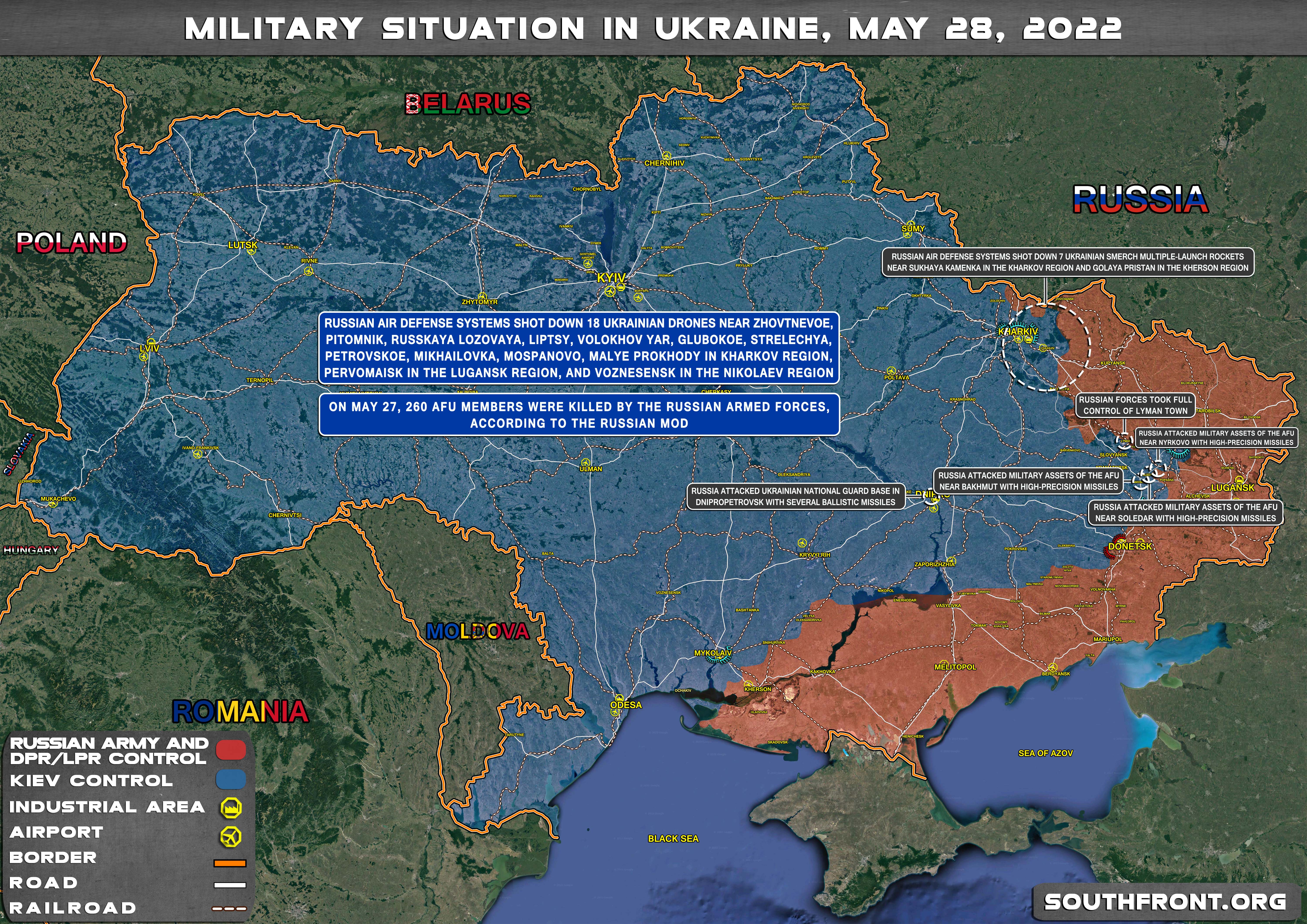 Below, Lyman was cleared with minor Russian losses. The question now is will the Ukraine troops retreat toward the growing cauldron of Severodonetsk or in the Slavyansk direction to build a new front line there. The western road there will be blocked out of Severodonetsk, as is the one going southwest.

The Russian forces coming south from Izyum are moving slowly. The longer their line south is extended, the more exposed their western flank will be for Ukie counterattack. Garrisoning all the territory in the advance would dull its offensive power.

But eventually it has to get west of Slavyansk and Kramotorsk to lay siege to them. I expect the Russians would prefer to attempt a surrender, versus a multi month battle to take them with artillery and street fighting and have two more destroyed cities to add to the list.

That said, Zelensky may prefer the larger destruction option to incite NATO to come in to save him and his TV show crew that he has running the government, and it clearly has shown they are in over their heads… JD 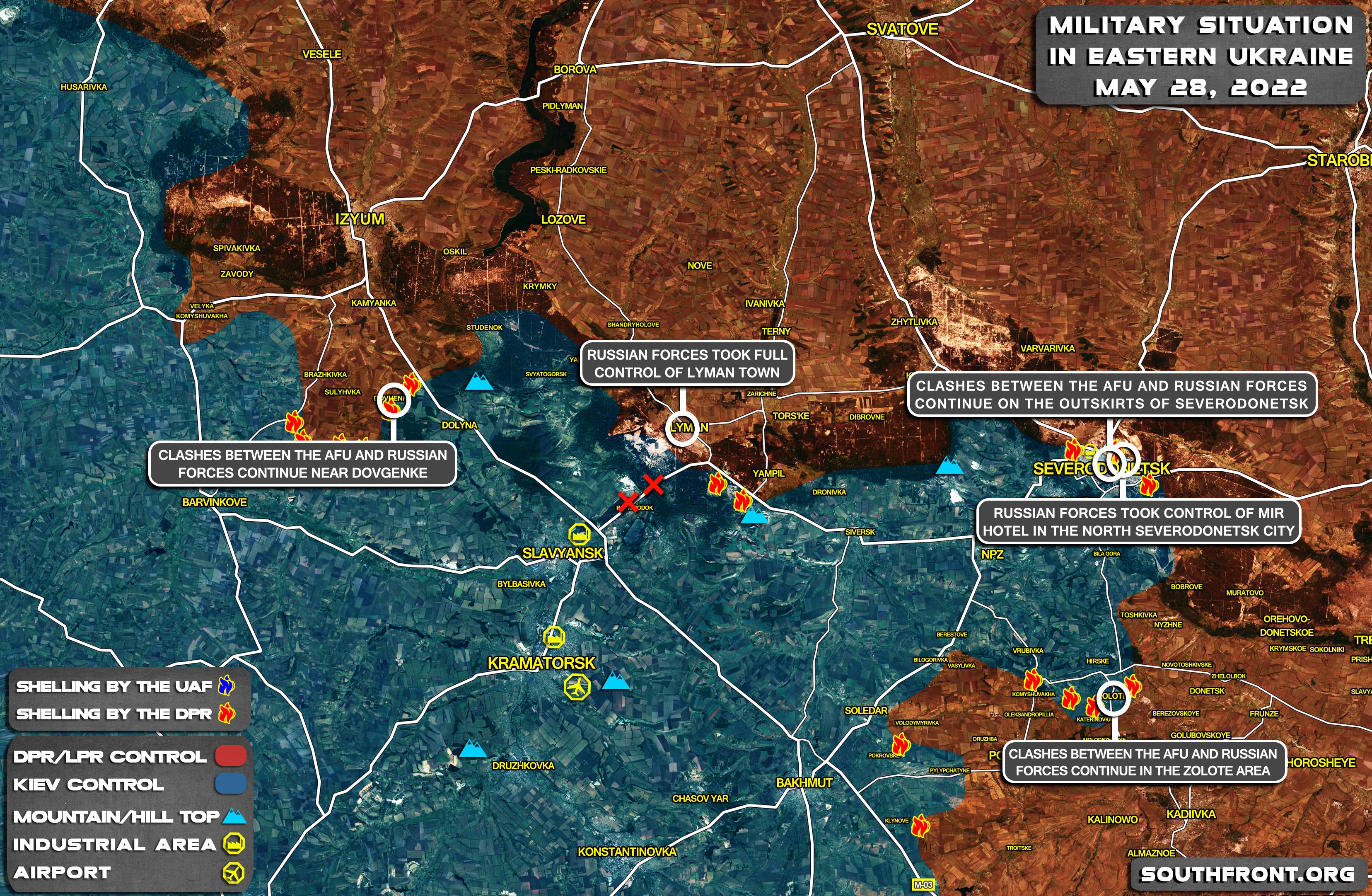