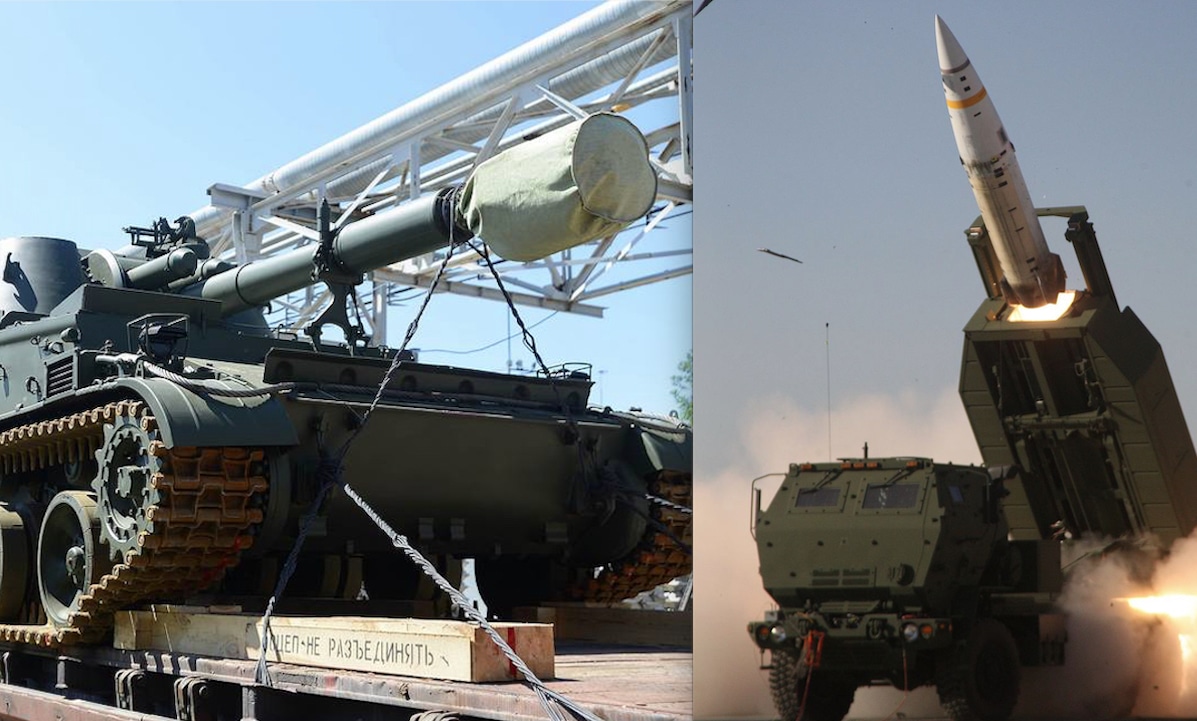 The US decided to deliver new advanced rockets to Ukraine, and Russia answers by sending to Belarus many powerful and self-propelled Howitzers, a long-ranged weapon, falling between a cannon, which fires shells at flat trajectories, and a mortar, which fires at high angles of ascent and descent.

This means a potential escalation on the war games and the possibility of some new Russian military operations from the northern border and toward Kiev. Many conflict analysts have interpreted the retreat decided by the Russian president Vladimir Putin in the advance toward the Ukrainian capital as a sign of weakness.

May be also another reading of this tactical decision. Perhaps the Kremlin had decided to take threatening action against Kiev just to flex its muscles and induce Ukrainian President Volodymyr Zelensky to a quick truce.

But the stubbornness of the Kiev leader, commissioned by NATO to carry out a bloody suicide war for his country, led Moscow to resume a new attack from the north after the recent successes in the south-east of the country with the conquest of Mariupol, an important outlet to the Donbass Sea of ​​Azov, and the now imminent conquest of Severodonetsk, in the hinterland of Luhansk Oblast, where Russian forces now control around 80 percent of the ruined city.

“Moscow will fatally hit the decision-making centers if Kiev uses the weapons received from the United States against the Russian territories”. This was stated by the deputy head of the Security Council of the Russian Federation Dmitry Medvedev, in an interview with Al Jazeera reported by the Russian agency Tass. “If these types of weapons are used against Russian territories – he added – the armed forces of our country will have no choice but to act to defeat the decision-making centers. ”

THE HIMARS ROCKETS FROM US TO KIEV

Russia is advancing in the east behind a barrage of artillery that has strained Ukrainian defenses and Western unity over support for a protracted war. The United States’ much-anticipated decision to send Kyiv long-range missile systems that will allow its forces to fire farther and faster has likely come too late to save two key cities in the Donbas region that has become the focal point of the fighting.

But the delivery of the weapons after months of urging from Ukrainian officials will help the country’s military face the next, potentially decisive stage of the conflict — as the Kremlin perhaps hinted at in response, accusing the U.S. of “deliberately pouring oil on the fire.”

President Joe Biden announced Wednesday that the U.S. would be sending Ukraine the high mobility artillery rocket system or HIMARS. “This new package will arm them with new capabilities and advanced weaponry, including HIMARS with battlefield munitions, to defend their territory from Russian advances,” he said in a statement.

The HIMARS is a variant of the longer-range multiple-launch rocket system or MLRS. The U.S. is sending four the rocket launch systems to Ukraine.

A senior Ukrainian official told NBC News after the announcement that he remained “very much worried… particularly since they have committed only a small battery of MLRSs, meaning they yet won’t make a large difference.”

MLRS missiles typically have a range of up to 40 miles and can be equipped with GPS-guided missiles. This would be a significant upgrade of the Ukrainian artillery’s current range, which tops out at around 20 miles with the M777 howitzers its allies have so far provided.

The systems have the added benefit of being self-propelled, meaning they can be fired and moved fast enough to avoid enemy response salvos.

Phil Wasielewski, a fellow at the Philadelphia-based Foreign Policy Research Institute, said the systems would aid Ukrainian forces in the Donbas, where the battle has “turned into an artillery duel.”

THE AKATSIYA HOWITERS FROM RUSSIA TO BELARUS

Russia has sent 2S3M Akatsiya self-propelled howitzers to Belarus under the 2022 contract after their major repairs, the press office of the Uralvagonzavod defense manufacturer (part of the state tech corporation Rostec) reported on Thursday» reported TASS Russian News Agency.

“As part of fulfilling two 2022 contracts, Uraltransmash [within Uralvagonzavod] has sent 2S3M Akatsiya self-propelled howitzers to the Republic of Belarus after their major repairs,” the press office said in a statement.

Uraltransmash carries out major repairs of 2S3M guns and upgrades Akatsiya howitzers to the 2S3M level, it said.

“The vehicle features improved communications means, a higher rate of fire, and a larger ammunition load while imported components have been completely replaced,” the press office quoted Uraltransmash CEO Dmitry Semizorov as saying.

2S3 Akatsiya howitzers were accepted for service in 1972. In 1975, they were upgraded to the 2S3M level. 152mm Akatsiya howitzers are designed to suppress and eliminate enemy manpower, artillery and mortar batteries, rocket systems, tanks, firepower, command posts, and tactical nuclear weapons.