by Jack Heart and Orage

I am as good as a Qabalist gets, maybe better but I cannot make a Golem. Perhaps if I poured over the Sepher Yetzirah applying permutation after permutation, a method Jews use called Temurah and Notarikon, like I did half a lifetime ago I could distill the necessary incantations. The stuff the Jews put out themselves about writing “aleph, mem, tav, which is emet and means “truth,” on the golem’s forehead and the golem would come alive. Erase the aleph and you are left with mem and tav, which is met, meaning “death.” (1) and the Golem dies is nonsense.

You can write it on the Golem’s forehead, you can write it in a parchment of paper you place in the Golem’s mouth, or you can write on your girlfriend’s ass, the results will be the same, nothing. Jews, who were always the very best of the Magi till the twentieth century, never reveal their secrets in writing. That’s why they rely so heavily on Temurah, Notarikon and Gematria, in all their sacred texts. But even if I could, I would violate all I know that is sacred by bringing such an unholy abomination into this world, regardless of whether it has been sanctioned by the Jewish God or not.

The Mariel of Prague knew this, but it was the only way he could counter the magic of Emperor Rudolph II and the time-traveling high priestess. He would find the proper red clay in the still pools formed on the banks of the Vltava River and collect it under the moon most sacred to his God. He would crudely fashion it into a hulking humanoid form and use the correct incantations to animate it so it could guard the Jewish community of Prague against Christian vengeance. The Golem was not only endowed with superhuman strength but had the power to make itself invisible and call up the dead ensuring the Jews would remain safely entrenched in the Holy Roman Empire they were destroying with their usury.

When the Golem was no longer needed the Mariel deactivated it and as legend has it stored its inanimate body in the attic of the Old-New Synagogue, also called the Altneuschul in Prague. When the attic was renovated in 1883, no evidence of the Golem was found. No one knows where it went from there, except perhaps Mariel’s descendants. This brings the narrative back to Norbert Wiener, Theodore von Kármán, Jack Parsons, Aleister Crowley, and NASA.

Theodore von Kármán, who was Jon von Neumann’s best friend from Hungary and confidant in America, founded Jet Propulsion Laboratories (JPL) along with Jack Parsons. JPL is the progenitor of NASA, and some might say NASA is the entertainment division of JPL. Wernher von Braun called Parsons the real father of America’s space program. Till this very day, nothing from the West moves in the Antarctic without the approval of JPL…

In 1952 Parsons, who in letters addressed Crowley as “Most Beloved Father” and would recite Crowley’s Hymn to Pan before each test launch, is said to have perished in a lab explosion. His body was burned beyond recognition. A few hours later Parsons’s beloved mother would commit suicide. They were both buried in closed coffins fueling conspiratorial speculation that neither was dead. There is a crater on the dark side of the moon named after Parsons. 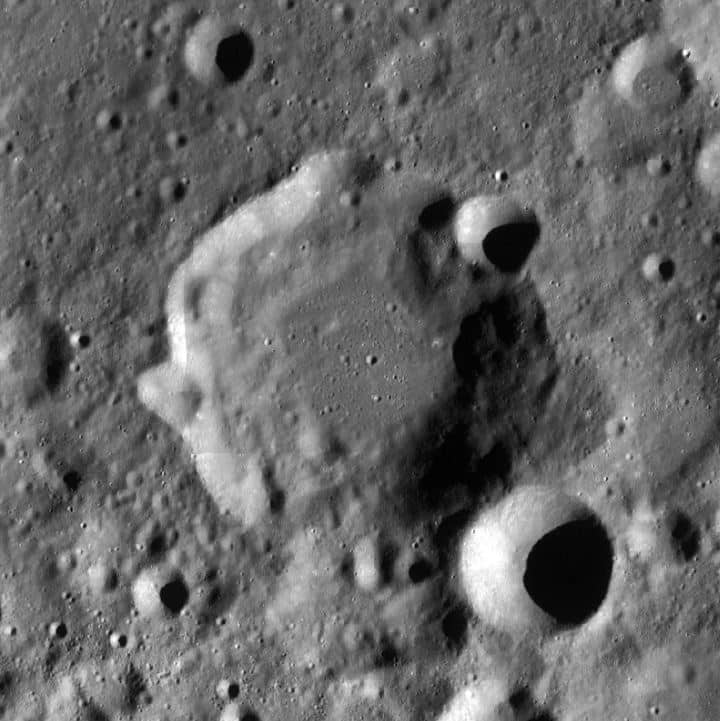 Journalist Michael Hoffman II has said that Parsons was trying to conjure a homunculus when the lab explosion took place. A homunculus is grown in a jar by a master alchemist. Just like the Golem, it has great supernatural powers that it will use in the service of the alchemist that grew it. 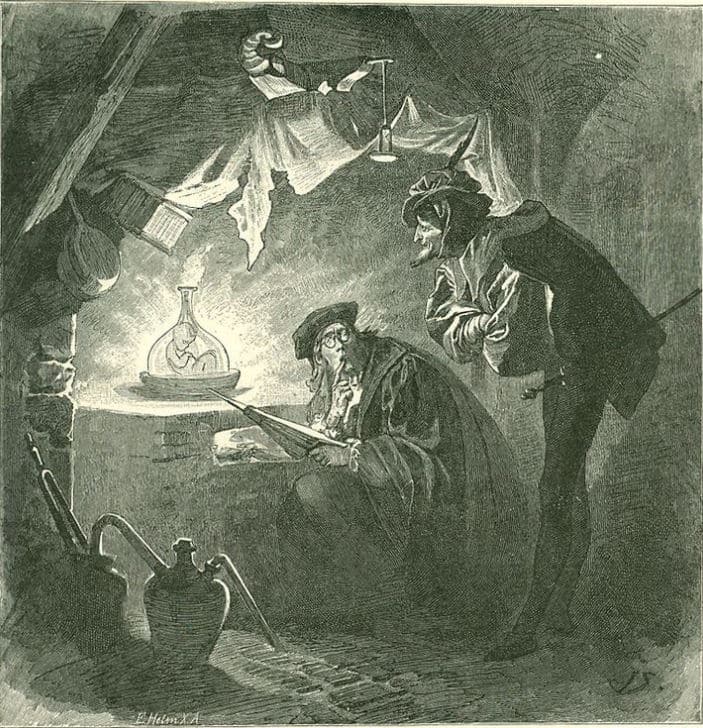 I suspect it is the same bacteria that are prevalent in the proscribed clay for making a Golem; Serratia Marcescens, which is used to make a homunculus. Around 1850 Christian Gottfried Ehrenberg the great German naturalist and pioneering microbiologist changed Zaogalactina imetropha (I am when I am placed upon food), the earliest scientific name of S. marcescens, to Monas prodigiosa because he believed it to be an Infusoria. That’s a collective term used for the unicellular algae and small invertebrates that exist in freshwater ponds and the still water that gets trapped in the clay around riverbanks. Turns out S. marcescens is a bacterium, the master of all bacteria and quite possibly all microorganisms.

Serratia Marcescens is able to hijack the functions of even the most vigorous of other bacteria through slimy secretions like bacteriocin and incorporate their cellular functions into their own. It is the master amongst bacteria of Quorum sensing and is able to collectively communicate complicated information through its secretion of bright red prodigiosin. Not only is it able to assimilate them it is able to command other microorganisms to do its bidding.

Over a decade ago using S. marcescens as a “swimming robot,” only a few hundredths of a millimeter in size, was being proposed in America’s top research laboratories. Speculation was made about the part machine part bacteria “microrobots” potential to “enable hardware platforms for self-organization, swarm intelligence, distributed control, and reconfigurable systems in the future.” (2) By the end of 2010 Ph.D. dissertations were turning up at the University of Pennsylvania about how to control S. marcescens in a “fluidic environment.” (3) Fluidic environment is a euphemism for the bloodstream.

S Marcescens is able to scavenge the blood for iron using the HasA protein and in Russian experiments has demonstrated the ability to fuse with metal. Another of its secretions; SmaI is used to splice genes and facilitate the transition from the righthanded spin of B DNA to the left-handed spin of Z DNA.

The first nanomechanical devices were based on the transition of B-DNA to Z-DNA… (4) It is not science fiction to conclude that with the right prompting S Marcescens could assemble itself into something very similar to what Gene Roddenberry the creator of Startrack called the Borg. 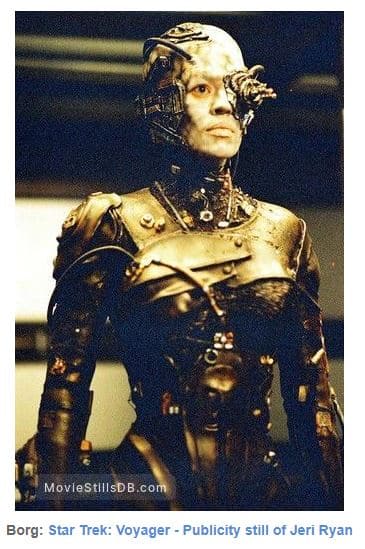 Kurt Blome, the mad Nazi genius, so coveted by the CIA that after the war he was acquitted of crimes against humanity that would have made Joseph Stalin blush, may have been working along those lines when he dosed it with radiation. He would meet with the CIA after his acquittal and a few years later America and Great Britain would begin the ariel spraying of their people with S marcescens, known to the Germans to be a dangerous pathogen since the late nineteenth century, and at the same time spraying zinc cadmium sulphide, as if to feed its appetite for metal. (5)

S marcescens is gram negative, meaning simply its outer casing is too thin to sporulate. When an environment is no longer able to sustain it gram-positive bacterium divides within its cell wall. One side then absorbs the other. What is left is an almost indestructible multilayered vessel containing the genetic material, cytoplasm, necessary enzymes, and whatever else it needs to sustain activity that is now ten million times slower than the metabolic rate of a growing bacterium. When the mother cell dies, the cell wall degrades, and the endospore is freed. This is called sporulation. When conditions become more hospitable the endospore, not completely dormant, senses the change and reverses the process transforming itself back into a vegetative cell. (6)

Bacillus subtilis is known to live for thousands of years in this state. Around the turn of the twenty-first century endospores of S marcescens were found in a sewage treatment plant in Saku, Japan. This was the first recorded instance of an Enterobacteriaceae, the large family of extremely dangerous pathogens to which S. marcescens and Yersinia pestis or the Black Plague belong, ever producing endospores. Upon scientific scrutiny, it was found that due to the high concentrations of magnesium and silicate in the water the S marcescens were able to assimilate the B subtilis that is used as an additive to break down waste in sewage treatment. (7)

Most insidious of all about this microorganism with the potential to replace man as the dominant species is its ability to play God. The Mass of Bolsena in 1263 where the communion host bled before thousands of people, the miracle that prompted the Catholic church to accept the doctrine of transubstantiation of the host, after rejecting it for fifty years, was actually prodigiosin being secreted by S marcescens. 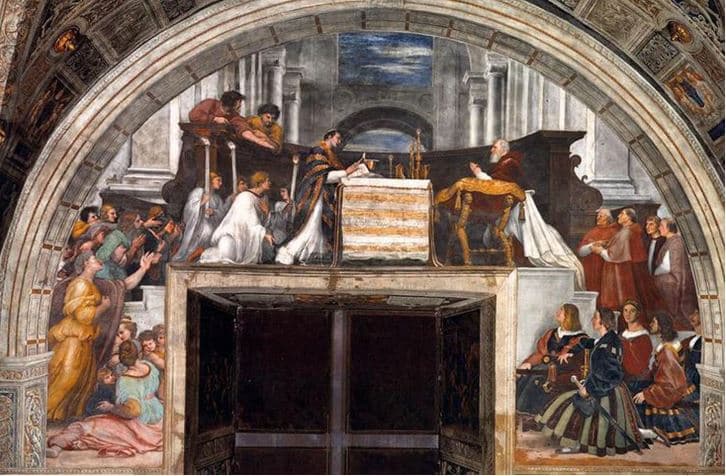 Bolsena wasn’t S marcescens first day on the job as God either. Blood trickling from their bread had rallied the army of Alexander the Great to sack Tyre in 332 B.C.E. It’s said the “blood” was taken by the Macedonian seers as an omen that portended victory. Scholars have unearthed no less than thirty-five historical accounts of blood flowing from bread during the Christian celebration of the Eucharist, the first in 1169 in Denmark. In 541 of the Common Era blood trickling from broken bread at Tours in France was said to foretell the defeat of the Lombards and the death of Emperor Tiberius. (8)

Till recently the scientific consensus has been that bacterial cells outnumber human cells in the body by a ratio of ten to one. That has been revised in the last decade to about thirty-nine trillion bacterial cells and thirty trillion human cells in the average human. With about eighty-four percent of those human cells being red blood cells. (9) That the human essence is contained in the blood only verifies what the Magi have known since time began… 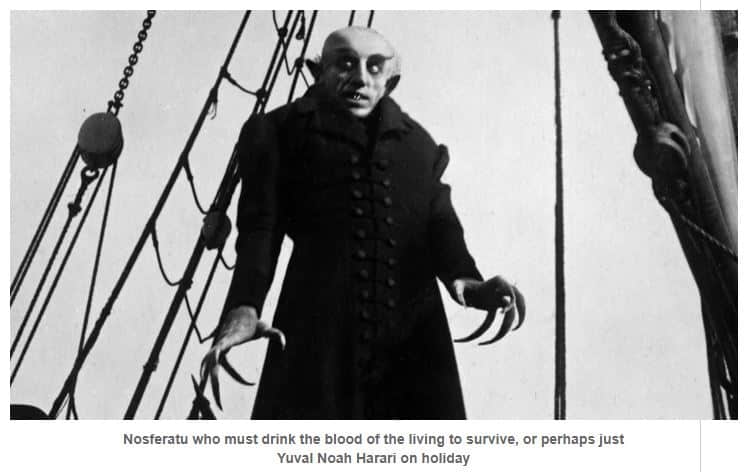 A clump of bacteria is called an agglutination, a word coined by famed Nazi eugenicist Max von Gruber in the thirties. It was picked up and used by the iconic author of horror HP Lovecraft to describe the Shoggoth in At the Mountains of Madness, the story that set the stage for John Carpenter “Apocalypse Trilogy,” apparently taking place right now.

The West has been overrun by walking, talking agglutinations that unquestioningly do the bidding of their high-tech masters, just like the Shoggoth and Golem did before they rebelled, and had to be neutralized by their creators.

The narrator of Lovecraft’s story claims to have learned of the Shoggoth from the Necronomicon, a shadowy book was written before the present millennium by a mad Arab magician who had gained access to knowledge extant before the time of man began.

The cursed book was discovered by John Dee and translated by his sidekick Sir Edward Kelley, the most skilled Qabalist of his day and in all likelihood a Jew. The Necronomicon, in English, was then passed around amongst the British aristocracy for centuries but ended up in the hands of the Nazis during WW II.

The rest of this piece, along with the first three parts, is only available to our paid substack subscribers

SOURCEJack Heart
ATTENTION READERS
Due to the nature of independent content, VT cannot guarantee content validity.
We ask you to Read Our Content Policy so a clear comprehension of VT's independent non-censored media is understood and given its proper place in the world of news, opinion and media.