Home WarZone Ukraine War As Ukraine Conditions Worsen for The Animals, Paws of War Ramps up... 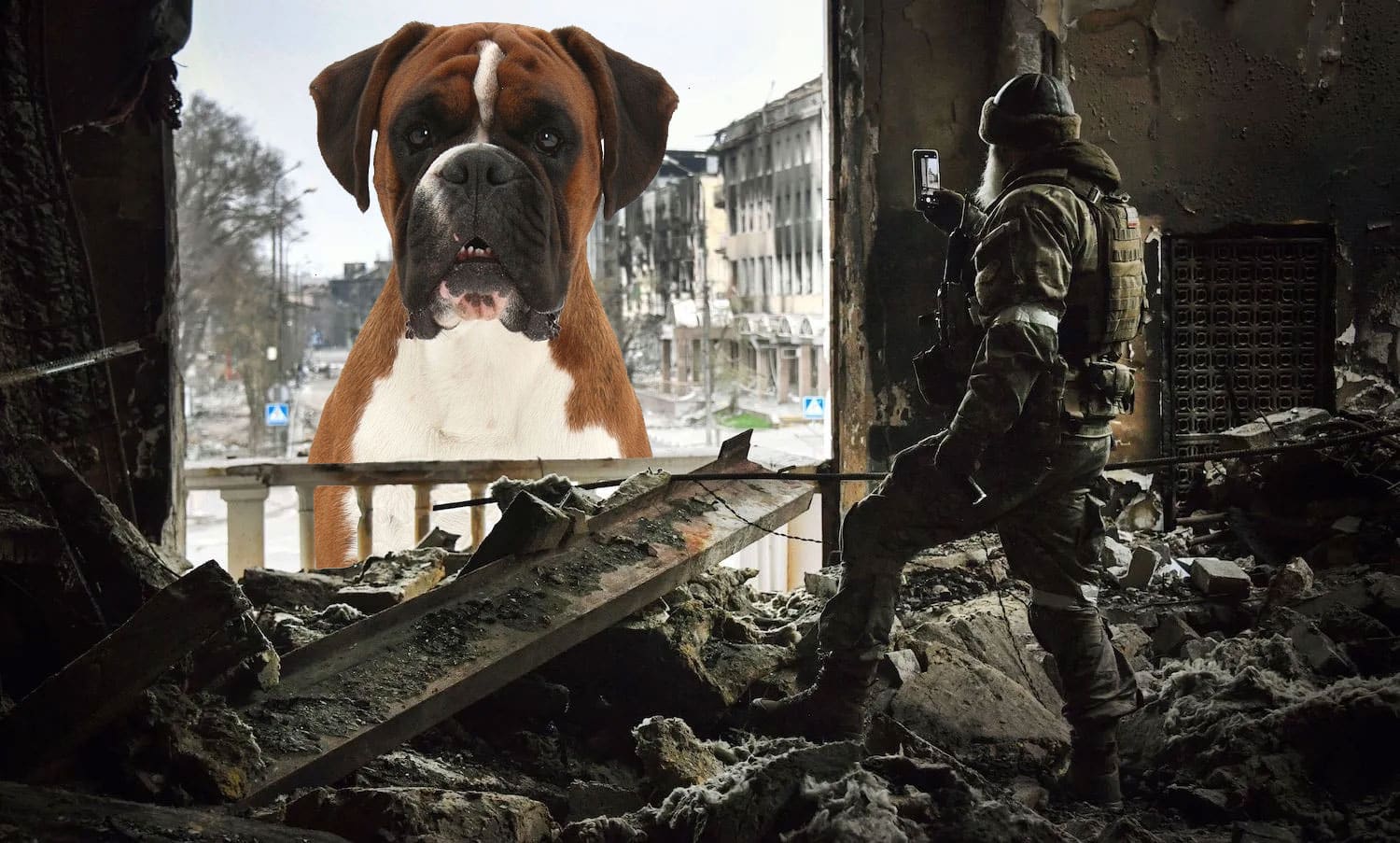 NESCONSET, New York – On the streets of Ukraine, countless animals walk around starving and injured as conditions worsen for the animals left behind. Others are trapped inside buildings that have been damaged or destroyed. While many people are focused on the needs of humans, one group has turned their efforts to help save the animals. Paws of War has been on the ground since the war started, and they are ramping up their efforts to rescue, feed, and provide medical care for the family pets that have been left to fend for themselves.

“It is heartbreaking knowing these dogs and cats are constantly just searching for food, water, and shelter,” says Dereck Cartright, a disabled veteran who is the stateside logistics coordinator at Paws of War. “It is a true Armageddon for them. We can’t just sit back and let these animals suffer.”

With circumstances for animals becoming much worse, even more so than was expected, many animals live on the streets of Ukraine. They are suffering and struggling to survive. With so many animals in need of food, Paws of War has installed feeding stations. The automatic feeding stations will be kept full, allowing the cats and dogs in need to access them for food and water at any time.

The Paws of War team on the ground is actively providing much-needed medical care, food, and water, with no sign of letting up in sight. They have also partnered with a drone operator specializing in lost, hard-to-find animals in situations like this. Douglas Thron and Ryan Okrant have been instrumental in helping to locate many of these animals that might be stranded or stuck and get them to safety with our team on the ground. In addition to all of this, one of our most aggressive actions is installing the feed stations that we have been playing in the most needed areas in Ukraine for starving cats and dogs.

“The feeding stations are a simple concept that saves lives,” added Cartright. “We just need help to keep everything running.”

To meet the needs of the animals fighting to survive and hopefully one day be reunited with their families, Paws of War is seeking help from people in the community. Donations in any amount will help them continue their work and provide more animals with the help that is desperately needed. To donate to help support the effort to save the animals on the streets of Ukraine, visit the site PawsOfWarNetworkforGood.com

Paws of War has been operating around the world since 2014, helping the military save the animals they rescue while deployed overseas. They have helped veterans with numerous issues, including suicide, service and support dogs, companion cats and dogs, food insecurity, veterinary care, and animal rescue for deployed military. As the demand for Paws of War’s services grew, traditional fundraisers like galas and golf outings were sidelined, putting a crimp in the needed funding to keep these services going. Paws of War has a large loyal following of supporters and looks forward to working with new corporate sponsors to support these life-saving programs.

About Paws of War
Paws of War is a nonprofit 501(c)(3) charitable organization that assists military members and their pets, rescues and trains dogs to be service dogs, and provides companion animals to veterans. To learn more about Paws of War and the programs provided or donate, visit its site at PawsOfWar.org.

SOURCEPaw of War for Good
ATTENTION READERS
Due to the nature of independent content, VT cannot guarantee content validity.
We ask you to Read Our Content Policy so a clear comprehension of VT's independent non-censored media is understood and given its proper place in the world of news, opinion and media.