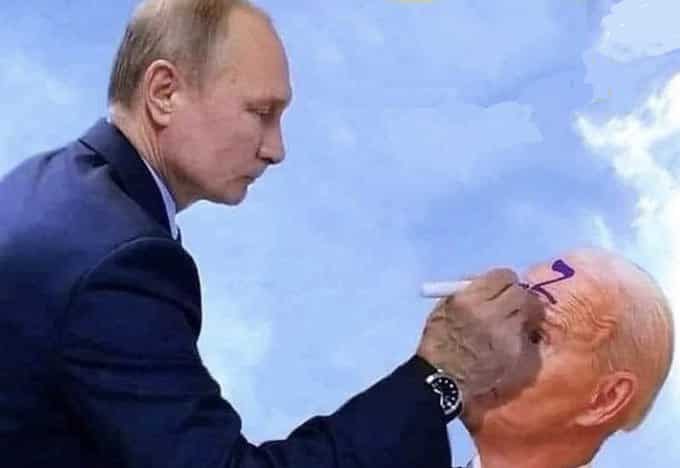 In the video below Gonzalo Lira implores all Americans to hear him out, I don’t. I think everyone’s going to get just what they have coming, and it doesn’t matter what you “think” anymore… Jack

I remember when the Biden Administration was flagrantly installed against the will of the American people in a farcical pseudo-election. The three people closest to me at the time, ‘Phil,’ Remmic and my cousin Andrew who has always been more like my son, were ardent supporters of Donald Trump, Andrew rabidly so.

I remember feigning outrage to my devastated cousin but then turning around and telling Phil, who is more reasonable, that a lot of good could come out of this; the legalization of marijuana and a restart of the hemp industry for rural farmers, better healthcare for all Americans, housing for the poor and destitute lining city streets, a standing down of a militarized police force and the reigning in of Americas environmentally unsound fracking industry came to mind immediately but the possibilities for a more socialist America were endless.

The fact that America wanted an orange reality TV star and professional wrestler, whose specialty was playing a billionaire blow hard just proved to me that most Americans had no business voting anyway. Of course, I knew the doddering old pedophile they gave him the hook for wouldn’t be running anything but his mouth for the intellectually challenged miscreants the West calls journalists.

The only ones who have the kind of juice necessary to blatantly fix an election like that and get away with it are the same people who took out a piece of the pentagon and a good portion of lower Manhattan, then successfully blamed it on Arab 7/11 attendants. I was thinking that after plunging us into a century of pointless warfare maybe people like Booz Allen Hamilton were finally ready to pull America out of the sewer that their boys Dubya and “Barry” put it in. Obviously after two years into the Biden Administration, I was sadly mistaken.

No one needs me to tell them what the Biden Administration has done to America, but I will tell you this. The whole world has been watching as Biden’s handlers have doubled down on racial discord, economic disparity, transhumanism and sexual perversion to the point where it is now celebrated as the West’s greatest virtue.

They are looking at America through lenses that are unfiltered by the 24/7 state propaganda Americans are bombarded with every time they turn on a TV set. They see America for what it really is: a plague upon the human race that will not stop expanding until it is stopped by force of arms, and they are ready to die to see to it that Joe Biden and ilk never get their hands on their children. Gonzalo Lira has a message for you Americans, and you can take it to your Jewish banker that it’s not from Russia with love…