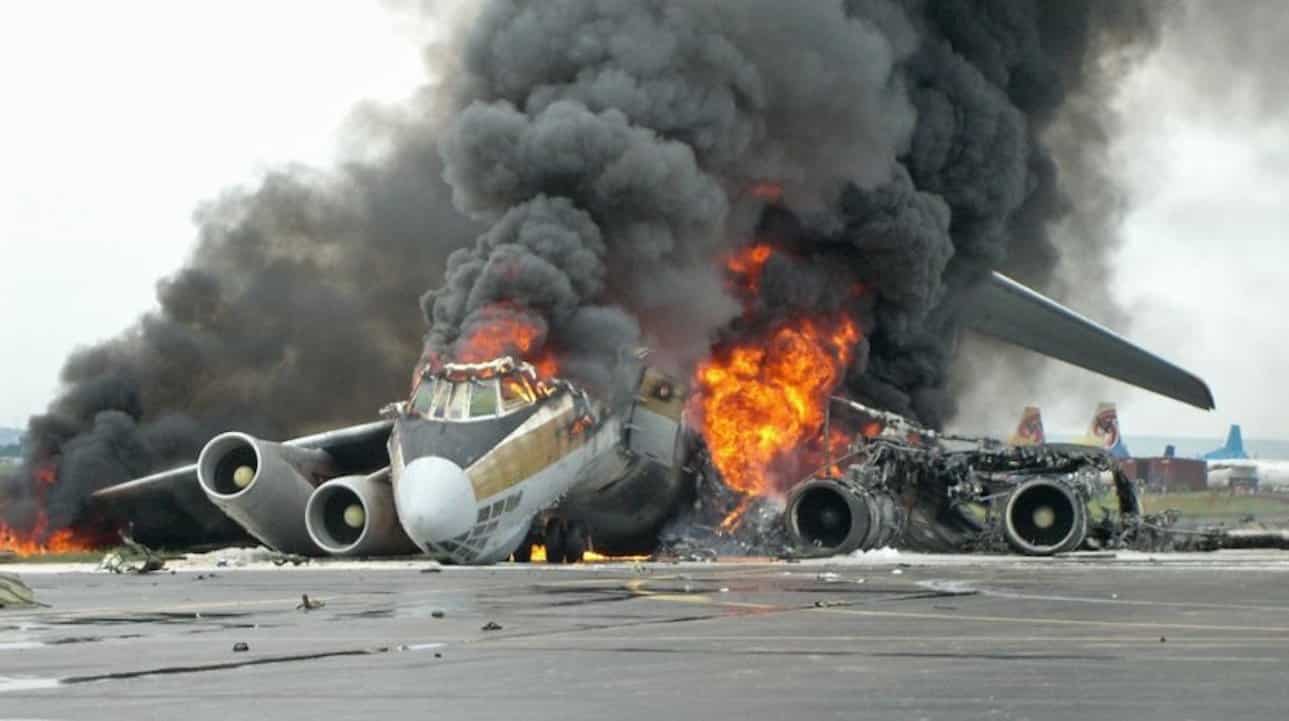 For decades, commercial airline travel has gotten progressively safer. But one cause of deaths has stubbornly persisted: pilots who intentionally crash in murder-suicides.

Preliminary evidence suggests the crash of a China Eastern Airlines Corp. jet in March may be the latest such tragedy, a person familiar with the investigation said. If confirmed, that would make it the fourth since 2013, bringing deaths in those crashes to 554.

So as aircraft become more reliable and pilots grow less susceptible to errors, fatalities caused by murder-suicides are becoming an increasingly large share of the total. While intentional acts traditionally aren’t included in air-crash statistics, they would be the second-largest category of deaths worldwide if they were, according to data compiled by Bloomberg. By comparison, 1,745 people died as a result of pilot error, mechanical failures or other causes on Western-built jets from 2012 through 2021.

“It’s scary,” said Malcolm Brenner, a former human-behavior investigator with the US National Transportation Safety Board who worked on the probe of the 1999 EgyptAir Flight 990 crash, which was found to be an intentional act. “It is a major cause of concern. It’s one the industry needs to address.”

As accidents decrease, the death toll from intentional acts has grown

So far, however, these rare but deadly acts have defied simple solutions. While improving mental-health care is a priority, those who have chosen to kill themselves and scores of others at the same time on jetliners mostly didn’t reveal any clues beforehand to coworkers, friends or family.

And because of the taboo nature of suicide, the cases create unique political and cultural challenges, at times leaving such events shrouded in mystery or open to dispute. The probe into Malaysia Airlines Flight 370’s disappearance over the Indian Ocean in 2014 found it was likely flown there on purpose, for example, but the Malaysian government’s report contains no information on who may have done so or why.

The risk of dying on an airliner has declined significantly in recent decades as a result of innovations in safety equipment, aircraft reliability and pilot training. After 5,005 people died on Western-built jets from 2001 through 2010, the total fell to 1,858 the next decade, according to data compiled by Boeing Co., AviationSafetyNetwork and accident reports. The odds of being on a plane involved in a fatal accident was about one in 10 million, according to Boeing.

But deaths attributed to pilot suicides bucked that trend, actually moving upward, according to data compiled by Bloomberg. If the China Eastern crash is confirmed as the latest such suicide, it will mean that deaths due to intentional acts have exceeded all other causes since the start of 2021.

So far, Chinese authorities have revealed few specifics about what led the China Eastern jet carrying 132 people to crash March 21. The flight, a Boeing 737-800 from Kunming to Guangzhou, was cruising at about 29,000 feet when it suddenly dove at high speed, according to Flightradar24 data. Surveillance videos show it hurtling nose-down toward the ground.

Government authorities and Boeing haven’t announced any potential safety issues with the plane since then, suggesting no systemic faults have been uncovered. Preliminary information from the jet’s crash-proof data recorder indicates that someone in the cockpit initiated the dive, said a person familiar with the probe who wasn’t authorized to speak about it. The likelihood the crash was intentional was earlier reported by the trade publication Leeham News and Analysis as well as the Wall Street Journal.

China’s embassy in Washington didn’t respond directly to questions about whether the crash was intentional. Investigators are conducting the probe “in a science-based, meticulous and orderly manner” and will release information “in a timely and accurate fashion,” the embassy said in an email.

As with any crash investigation, it can take months or years to conduct the tests and analysis needed to pinpoint a cause and rule out even the most remotely possible system failures.

In addition to the Malaysian plane lost with 239 people aboard, a Lam-Mozambique Airlines jet with 33 people went down in Namibia in 2013 after the captain locked the copilot out of the cockpit. In 2015, a Germanwings GmbH copilot also locked out the captain before slamming into the side of a mountain in France with 150 aboard.

Four other intentional crashes occurred on airlines around the world prior to 2013, killing another 389 people, according to AviationSafetyNetwork and accident reports. The incidents don’t include terrorist acts, such as the planes that crashed on Sept. 11, 2001.

After the Germanwings crash, which French investigators found was caused by a copilot suffering from mental-health problems, US and European aviation regulators expanded programs to give air crews access to more psychological treatment and encourage them to come forward without fear of losing their jobs.

Surveys of airline pilots have shown that about 4% to 8% have contemplated suicide, which is roughly the same rate as the population at large. Far fewer people actually attempt to carry it out — and the handful of successful pilot murder-suicides on airliners is infinitesimally small by comparison.

Airline pilots must pass periodic medical exams to maintain their licenses and have been reluctant to report depression or other mental illness for fear of losing their livelihood, said Quay Snyder, a doctor specializing in aviation medicine who is co-leader of the US Aerospace Medical Association’s mental health working group. The association has joined with regulators, airlines and unions to create peer-to-peer counseling and other programs to allow pilots to receive treatment while retaining their licenses.

But a panel advising the US Federal Aviation Administration in 2015 found there was “no convincing evidence” that screening for suicidal tendencies would prevent incidents such as Germanwings.

“It is quite difficult to predict who is going to commit a murder-suicide,” Snyder said.  Other possible ways to prevent pilot suicides run counter to long-standing safety or security measures.

The sophisticated locks on cockpit doors that allow pilots to keep out other crewmembers were put in place to prevent hijackings. French authorities recommended against changing the door designs in the wake of the Germanwings crash, saying changes could undermine security.

One idea — adding automated limits on a pilot’s actions in the cockpit — would require a dramatic shift in the philosophy of aviation safety.

“I’m a firm believer in the pilot who’s on the flight deck being the ultimate person or device in charge of the aircraft,” said Benjamin Berman, a former airline pilot who also worked as an accident investigator. “I don’t see technology supplanting that role. But that leaves the pilot in control, allowing him or her to do whatever they want.”

Even the simple solution to always have at least two people in the cockpit, which was recommended by European regulators after Germanwings, is no guarantee that someone bent on bringing down a plane couldn’t do it. While details of what happened aboard the China Eastern jet remain unclear, it had three pilots in the cockpit — a captain, copilot and trainee — according to Chinese media reports.

For now, aviation groups are calling for expanding pilot access to mental-health treatments while acknowledging that routine psychological care might not make a difference in the extreme murder-suicide cases.

“It’s so rare,” said David Schroeder, a former FAA psychologist who along with Snyder leads the Aerospace Medical Association’s mental health efforts. “That’s the difficulty. How do you try to predict that? How do you intervene when almost all flights are not like that?”

By Alan Levin  – With assistance by Cynthia Koons