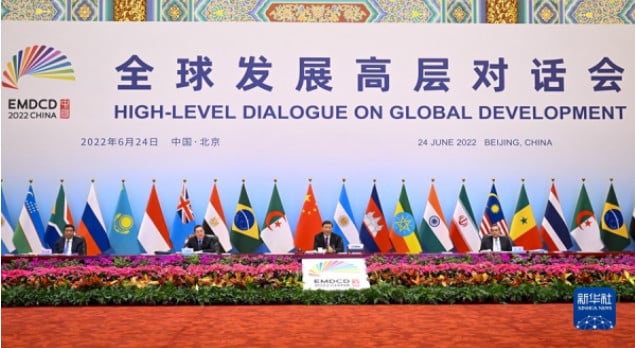 By Guilherme Wilbert for the Saker Blog

Since the beginning of Operation Z in Ukraine, unfortunately interpreted as an invasion or an occupation of Ukrainian territory by the Russians, realpolitik has accelerated integration among economic blocs of emerging countries, with several speeches by BRICS regional leaders speaking openly about the weight of emerging economies in global economic development.

The last BRICS meeting on 06/23, with open criticism of western sanctions by China and Russia, showed well what the emerging economies are discussing at the moment: how to escape dollarized debt? Or better yet: how to implement an alternative system to the one established at Bretton Woods?

Vladimir Putin, the Russian president who overnight became “persona non grata” in Europe, is already talking openly about a possible basket of BRICS’ own currencies as an alternative to strengthen the national economies, with the most advanced countries, for example Russia itself or China, working openly with an economy of real production based on resource ballast for their national currencies, in the Russian case the Gaso-Ruble becomes a character, in the Chinese case, the PetroYuan emerges as an alternative to strengthen the Chinese currency . . . .

Many countries that carry out military offensives on their neighbors (like Saudi Arabia in Yemen) even though supported by international law and ratifying humanitarian conventions on the battlefield saw that Westerners, unfortunately, can still simply loot the wealth of some countries they consider non-aligned like Russia, Iran, Venezuela…

And given this, the emerging countries logically seek an alternative, with the difference being that, for Westerners to do what was accomplished in Libya when Gaddafi attempted the same, they will now have to deal with a bear sitting on just over 5,000 nuclear warheads. The conversation is now essentially different.

Guilherme Wilbert is a Bachelor’s Law with interests in geopolitics and international law.