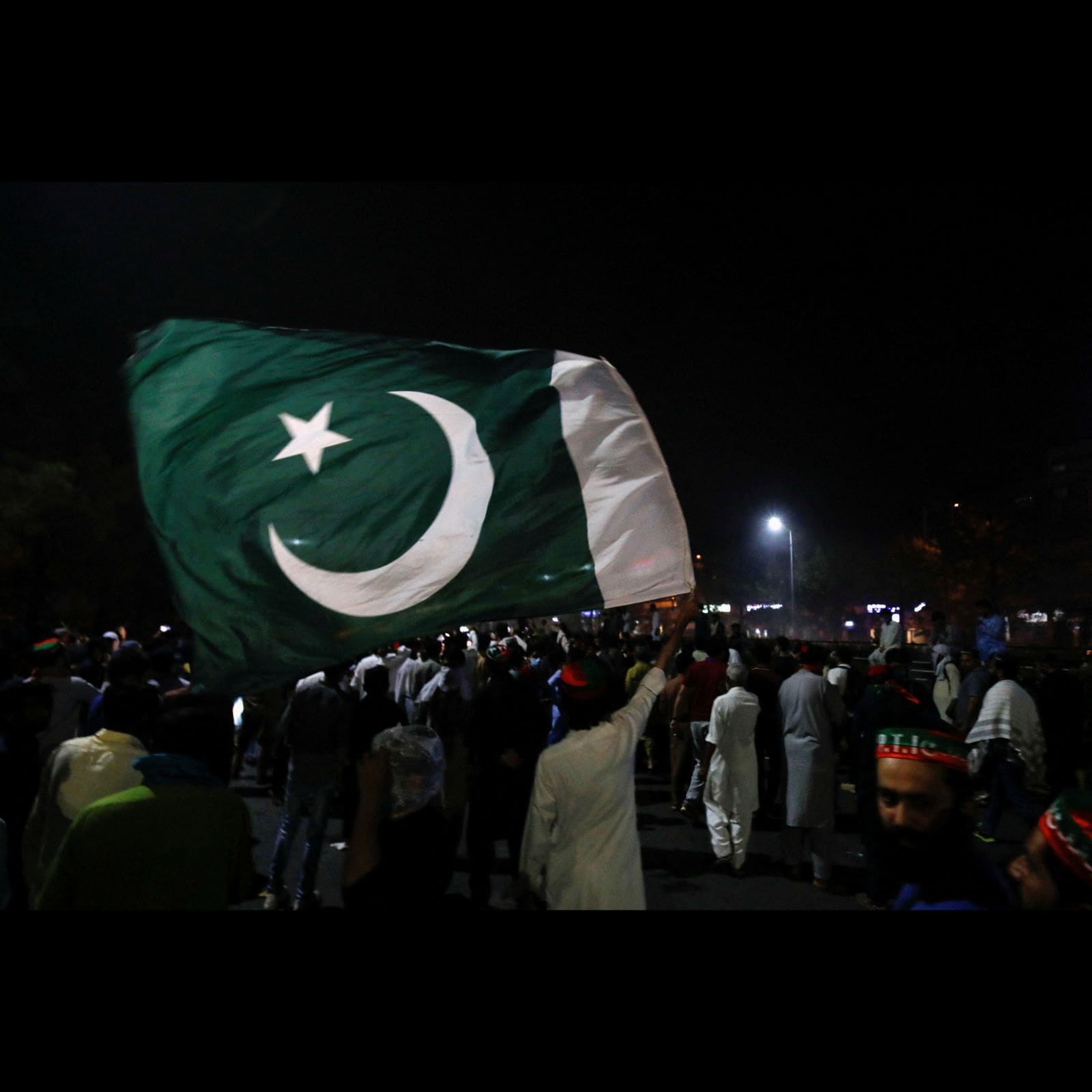 Renowned thinkers Hobbes, Machiavelli, and Morgenthau opine that sometimes, rulers act upon immoral activities like deceit, fraud, and falsehood to fulfill their countries’ selfish aims. But such sinister politics was replaced by new trends such as fair dealings, reconciliation, and economic development.

Regrettably, the US is still following past politics in the modern era by blaming Pakistan for its defeat in Afghanistan.

After the end of the Cold War, the US left both Afghanistan and Pakistan to face the fallout of the Afghan war 1. By manipulating the nuclear program of Islamabad, America imposed various sanctions on Pakistan.

In the aftermath of the 9/11 terror attacks inside its homeland, the US held Al-Qaeda chief Osama Bin Laden responsible for the incident and attacked Afghanistan where he had taken shelter, though Bin Laden denied any involvement in those terror assaults—America also toppled the Taliban government.

Pakistan joined the US-led Global War on Terror (GWoT) owing to its fragile economy and the hostile factor of India. It was granted the status of a non-NATO ally by America due to the early successes, achieved by Pakistan’s Army and the country’s Inter-Services Intelligence (ISI) against the Al-Qaeda militants.

When the US-led NATO forces felt that they were failing in coping with the stiff resistance of the Taliban in Afghanistan, especially American high officials and their media started a blame game against the Pak Army and ISI for supporting cross-border terrorism in Afghanistan to divert attention from their defeatism and also to pacify their public.

As part of the US double game, they constantly emphasized upon Islamabad to do more against the militants and continued the CIA-operated drone attacks on Pakistan’s tribal areas by ignoring the internal backlash in the country.

But, despite their modern military might, the US-led NATO forces failed in encountering the Taliban warriors who were acting upon the successful tactics of guerrilla warfare. They knew that they were fighting a war of liberation. Hence, they were filled with a passion for Jihad.

On the other side, the US/NATO military personnel also knew that they had been sent to a far-flung country, while there was no danger of direct attack on their countries by any foreign entity. So, they were already demoralized. 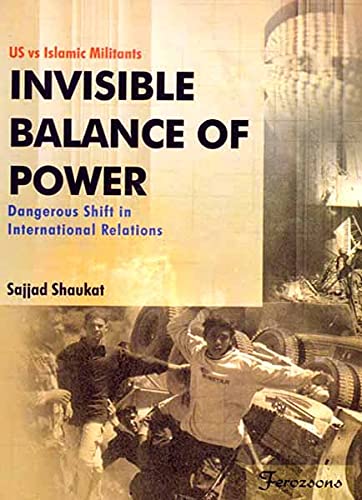 In this context, Harry Summers advocating the moral force in his book, “On Strategy: A Critical Analysis of the Vietnam War,” points out how the failure to mobilise the will of the people eventually resulted in the US defeat in Vietnam despite the latter’s extreme military weakness. He explains: “When America’s moral force gave way, national cohesion failed, and the military might of the United States rapidly dwindled until it was no longer a match for a tiny, third world nation”.

Again, the US faced the same defeat in Afghanistan.

And on August 15, last year—the victory of the Taliban freedom fighters and humiliated defeat of the US in Afghanistan, and its other NATO allies are still fresh in the minds of the US-led Western countries. In order to justify the defeatism in the longest war, some US-led entities revived the blame game against Islamabad for their failure in Afghanistan.

Surprisingly, top civil and military officials of America and its Western partners praised Pakistan’s major role in Doha-the capital of Qatar regarding the agreement which was signed on February 29, 2020, by Zalmay Khalilzad-US special envoy for Afghan Reconciliation and the then Taliban political chief Mullah Abdul Ghani Baradar with the then US Secretary of State Mike Pompeo as a witness.

Afterward, Pompeo said: “To Afghanistan’s neighbors, including Pakistan, we thank you for your efforts in helping reach these historic agreements and make clear our expectation that you will continue to do your part to promote a peaceful and prosperous Afghanistan so that the country and region can reap the benefits of lasting peace.”

In his speech, Mullah Abdul Ghani Baradar also acknowledged Islamabad’s role in the peace deal and thanked Pakistan for “its efforts, work and assistance.”

Since Zalmay Khalilzad had started his efforts to convince the Taliban to have direct talks with the US, he admitted that Pakistan had been playing key role, as Islamabad succeeded in bringing the Taliban to the negotiating Table.

However, implementing the US-Taliban deal, NATO forces withdrew from Afghanistan.

America and its other Western-NATO allies also thanked Pakistan’s rulers for the country’s help in the evacuation and facilitation of foreign diplomats and nationals from Kabul airport. But, as part of the double game, some of these countries are acting upon the conspiracy against Pakistan, China, Iran, and Russia.

Despite the Taliban’s assurances of maintaining peace, formation of an inclusive government, and respecting human rights, especially of women—clarifying that Afghan soil would not be used for any terrorist outfit like Al-Qaeda and ISIS, and for terror attacks against neighboring countries, including Pakistan, America and some of its Western allies as well as their media have launched a propaganda campaign against the Taliban and Pakistan to avenge the triumph of the Taliban.

While, Pakistan faced various kinds of terror-attacks on the civil and military installations, including civilian and military personnel because of joining the GWoT, particularly helping the US-led war in Afghanistan. Besides collateral damage, the country faced serious implications such as political instability and economic crisis.

According to an estimate, Pakistan suffered 75,000 casualties and over $123 billion was lost to the economy, while US aid was a $20 billion. Tribal areas were devastated and millions of people were uprooted from their homes, while the country also officially hosted 1.4 million registered Afghan refugees. Otherwise, number of refugees is 3 million which also includes unregistered Afghans.

Especially, foreign investment stopped, which further gave a setback to the economy of the country. As a result, Islamabad’s dependence on the financial institutes like IMF and World Bank which are under America’s control, increased, as it was compelled to take more debt from them—ultimately country’s economic crisis has deepened.

As regards terrorism-related incidents, based in Afghanistan, Tehreek-e-Taliban Pakistan (TTP) and other terrorist groups’ suicide attacks against the Pakistani army martyred many soldiers than the United States lost in Afghanistan and Iraq combined while breeding even more terrorism against Pakistan.

In this regard, addressing the Defence Day and Martyrs Day ceremony on September 6, 2017, Chief of Army Staff Gen. Qamar Javed Bajwa stated: “The country passed through a very difficult phase during the past two decades…Our forces and nation have rendered sacrifices in the war against terrorism…Our houses, schools, and leaders were attacked. Efforts were made to weaken us internally.” Noting that more than 70,000 Pakistanis were martyred and injured in this war (Till 2017), the army chief vowed to collectively fight this menace of terrorism.

Pakistan’s Armed Forces, particularly Army have successfully broken the backbone of the foreign-backed terrorists by military operations Zarb-e-Azb (Sharp and Cutting strike) and Radd-ul-Fasaad (Elimination of Strife), and ISI has broken the network of these terrorist groups by capturing several militants and thwarting a number of terror-attempts. So, peace was restored in various regions of the country, especially in Balochistan and Khyber Pakhtunkhwa (KP) provinces, including other vulnerable regions.

These security agencies have also taken action against the TTP and other banned terror-groups such as ISIS, Al-Qaeda, Islamic State Khorasan (IS-K), the Balochistan Liberation Army (BLA) and their linked outfits which claimed many terrorism-related assaults in Pakistan. Now, there are rare cases of terror assaults in the country.

In the recent past, terror assaults in some areas of the country, particularly in Balochistan which is a central point of the China-Pakistan Economic Corridor (CPEC) indicate that the CIA-led Indian RAW and Israeli Mossad are weakening Pakistan and want to damage the CPEC project which is part of China’s One Belt, One Road (OBOR) initiative or BRI. The US and India as well as some Western countries have already opposed this project. These external agencies are supporting separatists of Balochistan and several terror-outfits which have claimed responsibility for various subversive acts.

Besides, Pakistan is the only nuclear country in the Islamic World. Hence, it has become a special target of these external secret agencies who want to destabilize it.

Nonetheless, about some recent terror attacks, sources indicate that some militants, especially of the TTP have entered Pakistan from Afghanistan. Hence, Islamabad warned the Afghan Taliban to take stern action against the TTP which has been operating with impunity from Afghan soil.

Recently, the media reported negotiations between the federal government and the banned militant TTP. In this connection, Federal Information Minister Maryam Aurangzeb on June 3, 2022, acknowledged that Pakistan was negotiating a peace deal with the TTP, and the Afghan Taliban were acting as mediators between the two sides, while Pakistan welcomed the ceasefire announced by the TTP which extended it for an indefinite period after the Pakistani tribal jirga visited Kabul and held talks with the TTP leadership.

Sources point out that the TTP has put forward several demands which include the reversal of the merger of the Federally Administered Tribal Areas (FATA) with Khyber Pakhtunkhwa province, which rid the tribal people of the Frontier Crimes Regulation (FCR), a relic of the colonial era and brought the population into the mainstream. The TTP also wants Pakistan’s laws and courts to be replaced by Sharia laws enforced by Sharia courts in Malakand followed by other tribal areas, monetary compensation, and allowing the TTP group to keep their arms. But, the Pakistani side wants them to lay down their arms and is also reluctant to restore the status of FATA. So, there are fewer chances of success in the talks, as these involve many complexities.

Notably, the porous border between Pakistan and Afghanistan is frequently used by human and drug traffickers, criminals and terrorists. Their easy access provides opportunities to miscreants to cause havoc inside Pakistan and Afghanistan. In this context, the strategic project of 1,100-kilometre-long trench with the cost of Rs14 billion which was initiated along Pak-Afghan border in Balochistan by Frontier Corps in 2013 has been completed. In the next phase, the project has been extended to the entire border with Afghanistan. Nevertheless, to sustain the hard-earned peace, Pakistan Army is rapidly completing the fencing.

Taking cognisance of the US-led some Western entities’ negative reaction regarding the Taliban’s seizure of Afghanistan, Pakistan, Iran, Russia and China have urged the world to support the Afghans at this critical juncture.

During their interaction with foreign leaders, the then Prime Minister of Pakistan Imran Khan, the then Foreign Minister Shah Mehmood Qureshi, and army chief Gen. Qamar Javed Bajwa urged the US-led international community to assist the people of Afghanistan—both to address their humanitarian needs and help in the economic rebuilding of the nation, stating that a peaceful and stable Afghanistan is essential for the stability in Pakistan as well as the entire region. Now, besides some other countries, Islamabad which has already dispatched basic commodities of life to Afghanistan is especially sending various goods after the destructions, caused by the recent earthquake in that country.