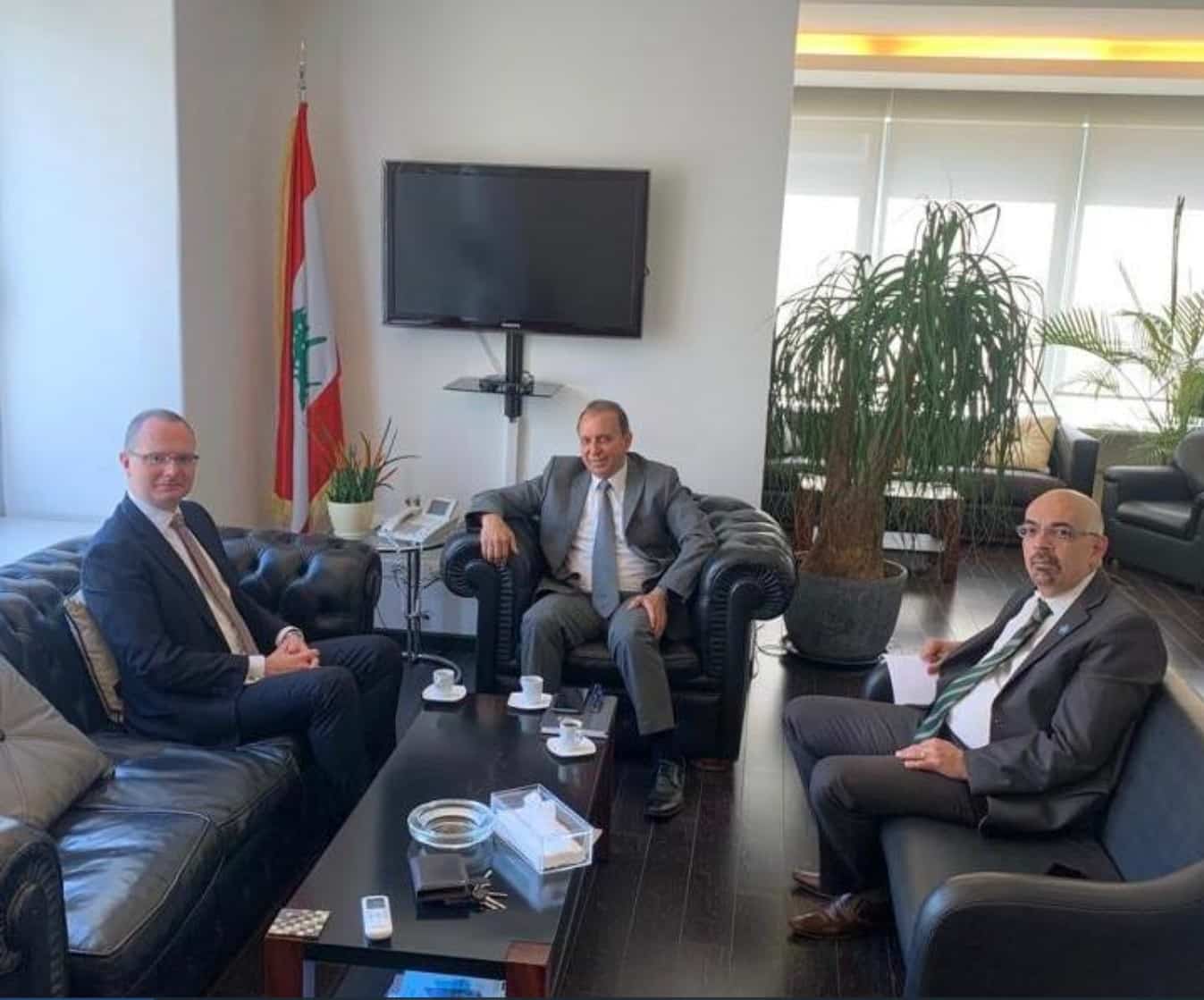 The Minister of the Displaced in the caretaker government, Issam Sharaf El-Din, received, in his office in the ministry, the Turkish Ambassador to Lebanon, Ali Beris Ulusoy, in the presence of the Minister’s advisor for human rights affairs, Dr. Haissam Bou-Said. (above, seated right)

Minister Sharaf El-Din raised “the issue of displaced Syrians in the region and the suffering that this file consists of at all levels, including the social and economic situation of the concerned governments and their societies.”

Ambassador Ulusoy put “the essence of the action that he is entrusted by the Lebanese Council of Ministers in this regard,” explaining “the project to return to the safe areas gradually and systematically according to a well-studied plan that is made by all the components concerned with this file, including international committees accredited to the United Nations in the matter of human rights.” and humane.”

Minister Sharaf El-Din noted “the importance of dividing the return file regionally in order to build on a solid ground and to ensure that the file does not expose the file to any political agenda or international demands, and to rely solely on the humanitarian issue.”

For his part, the Turkish ambassador, the Minister of the Displaced, described “what Turkey is doing towards the displaced in Turkey and the large sums that Turkey incurs, and the International Commission for Refugees is doing its duty and cooperating greatly with Ankara,” stressing that “the issue of the Quartet of the concerned countries is Turkey, Lebanon and Jordan.” Iraq and the displaced Syrians to improve this matter.”