Those of realistic and compassionate bent can but harbor hope that, before there is only a cadaver of Ukraine left to defend, Kyiv sees the handwriting on the wall and cries Uncle, despite what they are hearing from an Uncle Sam. He seems to have a remarkable tolerance for carnage – in Ukraine.

As for NATO bluster, it was “One for all and all for one” – as if Dumas composed yet another swashbuckling adventure meme for The Thirty Musketeers. Part of the U.S. muster of troops is destined for Poland, where President Biden says the US is establishing a permanent headquarters.

Polish President Andrzej Duda claims “Russia is a threat for all of NATO” … and that multiplying NATO’s “Rapid Reaction Force” will make Europe “safer.” No, this is not a Polish joke.

Granted, the Polish people have suffered more than their share of invasion, occupation, partition. But still; that was a while ago. And the last time Russia tried to do that, well, it did not end well. A serious claim that Russia wants to attack Poland or any other NATO member should be accompanied by evidence. No one is entitled to employ the “Giuliani Dictum.” 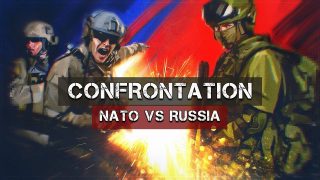 ‘Lots of Theories, But No Evidence’

This aphorism, popularized by former NY Mayor Rudy Giulani (reluctantly conceding the lack of evidence of election fraud), must not be “admitted” into “evidence.” Serious people have to “get real.”

Professor John Mearsheimer, of the “Realist School of Thought,” has this prickly habit of sticking to the evidence (as we erstwhile CIA analysts used to do). Here is what he said two weeks ago in a lecture on The Causes and Consequences of the Ukraine War.

I might note that in all of Putin’s public statements during the months leading up to the war, there is not a scintilla of evidence that he was contemplating conquering Ukraine and making it part of Russia, much less attacking additional countries in eastern Europe. Other Russian leaders – including the defense minister, the foreign minister, the deputy foreign minister, and the Russian ambassador to Washington – also emphasized the centrality of NATO expansion for causing the Ukraine crisis. Foreign Minister Sergei Lavrov made the point succinctly at a press conference on January 14, 2022, when he said, “the key to everything is the guarantee that NATO will not expand eastward.”

Since there is zero evidence Moscow plans to attack a NATO country, I would guess that Russian leaders have mixed reactions to the announcement that NATO’s rapid response force will increase from 40,000 to 300,000 troops. Rapid response to what? The Kremlin cannot afford to laugh it off.

Nor can they dismiss this gesture out of hand. The fact remains that some of the increase will end up in Poland and the Baltic countries, all of whom have large chips on their shoulders and an inclination to prod the Russian bear – with or without telling their NATO partners – think Lithuania, for example.

While Russian ground troops are well suited to the missions set out for them in southeastern Ukraine, I doubt that even the most rabid Russophobes in the Institute for the Study of War (the corporate media’s go-to “think tank”) would argue that Moscow is about to attack any NATO country anytime soon. OK, they would argue. But EVIDENCE?

What DOES Worry Putin

Meanwhile, no doubt as advance warning to the ‘30 Blind Mice’ in Madrid, Putin said Saturday that Russia planned to send nuclear-capable missiles to Belarus within months, apparently reflecting a boldness born of Russia’s recent advances in Ukraine’s southeastern regions.

Putin made the promise in a meeting with Belarusian President Alexander Lukashenko, who has publicly supported Russia in its invasion of Ukraine. “We will transfer to Belarus Iskander-M tactical missile systems, which can use ballistic or cruise missiles, in their conventional and nuclear versions,” he said, according to Russia’s state-owned Tass news agency. “It’s a deal.”

Watch the choreographed tête-à-tête between Putin and Lukashenko – and shudder:

This primary concern will have to be on the table when negotiations on an end to the war in Ukraine eventually become possible.

Moscow’s approach on this issue mirror-images its acute concern over U.S. missile launch sites already emplaced in Romania, and almost complete in Poland, that can host offensive, nuclear-capable missiles threatening western Russia. Putin has worried aloud at having a mere 5 to 7 minutes warning time in such case. 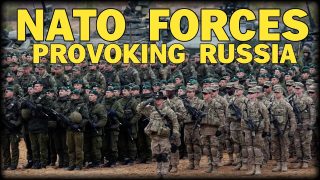 Medvedev appealed to the “common sense” of the Western public and policy makers: “Nobody in their right mind wants higher prices and taxes, mounting tension along the borders, Iskanders, hypersonic weapons or ships with nukes a stone’s throw from their house. Let’s hope that the common sense of our neighbors eventually prevails. Yet if not, then, as they say, “they started it,” he said.

Ray McGovern works with Tell the Word, a publishing arm of the ecumenical Church of the Saviour in inner-city Washington. His 27-year career as a CIA analyst includes serving as Chief of the Soviet Foreign Policy Branch and preparer/briefer of the President’s Daily Brief. He is co-founder of Veteran Intelligence Professionals for Sanity (VIPS).