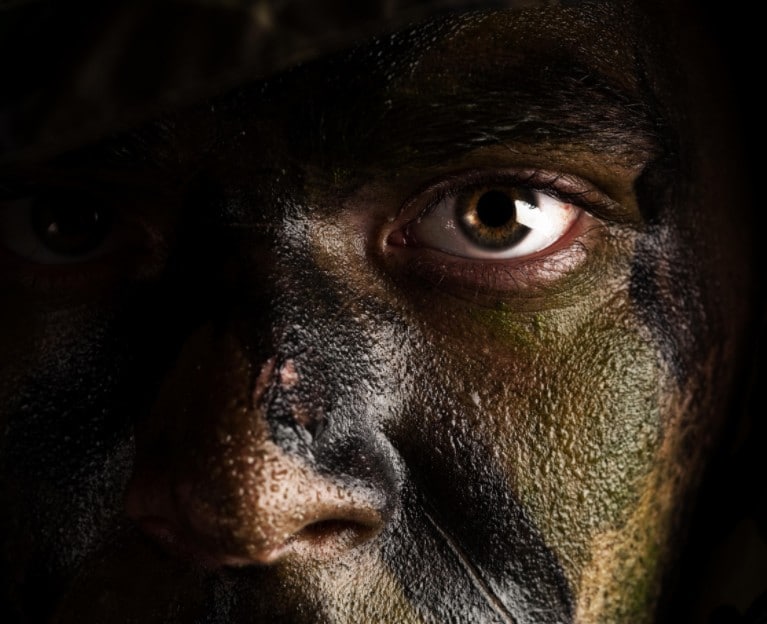 Recent clinical research has found a connection between Cannabidiol (CBD) and reduced PTSD symptoms. This could have profound, positive repercussions for many veterans.

According to a study published in 2019 in the Journal of Alternative Complementary Medicine, 91 percent of participants with PTSD experienced an approximately 28-percent reduction in the severity of their PTSD symptoms after an eight-week protocol of successive CBD treatment. In addition, CBD also appeared to alleviate recurring nightmares as a symptom of some participants’ PTSD. Patients in the study generally tolerated the treatment well, and none stopped treatment because of any side effects.

These results point to Cannabidiol as a promising treatment alternative for veterans and others suffering from PTSD who previously had only questionably effective medications with potentially significant negative side effects to choose from, like antipsychotics, antiadrenergics, and selective serotonin and serotonin/norepinephrine reuptake inhibitors (SSRIs).

Cannabinoids like CBD affect the body’s own endocannabinoid system, which regulates many everyday functions, including homeostasis (or your “body clock,”), movement, immune system function, and, most relevant in the context of veterans with PTSD, mood, and emotion. Also significantly, it plays an essential role in “the synaptic processes that determine learning and emotional responses, especially those related to potentially traumatic experiences.”

There are several mechanisms of action by which Cannabidiol may help influence the endocannabinoid system’s ability to manage and therefore reduce stress, including:

Depending on the particular mechanism, these may reduce the stress response or anxiety, neuroinflammation, or GI tract dysfunction associated with stress and, therefore, promote the anti-anxiety, anti-depressive and neuroprotective qualities of the treatment. All of this, then, seems to combine to help combat the stress associated with PTSD.

Previous studies showed doses of 300 mg to 600 mg were able to reduce anxiety in a simulated public speaking test, but recent studies indicate that even “lower doses appear to elicit an adequate clinical response.” Some, for instance, suggest doses of 10 mg/kg provided greater anxiolytic benefits in animal models than doses of 100 mg/kg.

At the follow-up appointment, after the eight-week study period concluded, patients have prescribed a mean total dose of 48.64 mg per day with a range of 2 mg to 100 mg. This represented an increased dosage amount for many patients participating in the study, which researchers explained as an effort to maximize the PTSD symptom relief CBD treatment provided. Researchers then reevaluated these doses every four weeks based on the individual’s experience and presentation of symptoms.

CBD oil could potentially offer far greater concentrations of the cannabinoid than the liquid spray at a lower cost. High potency CBD oil blends, for instance, come in concentrations of up to 400 mg per mL with 12,000 mg per 30-oz bottle.

According to this study, price is a significant factor in the 300 mg to 600 mg dosage range of Cannabidiol capsules and liquid sprays in a daily dosage of 600 mg could be “cost-prohibitive” for some users. Being measured in individual milligrams of Cannabidiol per spray, higher doses for people using this method may not be not practical.

The higher concentration of CBD per milliliter in CBD oil translates to a significantly lower cost of treatment, making CBD oil more affordable than other forms for daily therapeutic use or high-dose users.

In addition to its effects on reducing PTSD symptoms in military veterans and other adults, Cannabidiol is also well recognized for many other health and wellness benefits.

Studies show Cannabidiol contains both anti-inflammatory and antioxidant natural medicines. From these discoveries, researchers have inferred that the compound may be effective in protecting against neurological disease and many other pathological health conditions, such as Parkinson’s disease and Huntington’s disease.

An addiction to opiates is often co-occurring with PTSD or a behavioral effect of PTSD. Cannabidiol, according to several studies, may help treat opioid dependency.

Canada has already approved certain forms of cannabis containing high Cannabidiol concentrations for use in treating neuropathic pain associated with multiple sclerosis (MS) and cancer pain unresponsive to other treatments. The results of many U.S. studies, meanwhile, demonstrate Cannabidiol can also be effective in treating chronic pain not associated with either of these conditions.

While these studies all examine the effects of Cannabidiol taken internally, topical CBD oil has also been found effective in studies in treating acute, localized pain.

In various studies, Cannabidiol has been shown effective in relieving symptoms of arthritis and amyotrophic lateral sclerosis (ALS) and reducing complications from diabetes and seizures from epilepsy.

Meanwhile, a study on cannabis use in veterans with PTSD found that using cannabis did not interfere with the effectiveness of other treatment protocols for PTSD in veterans. In fact, health experts and health care providers who do support the use of Cannabidiol for patients with PTSD recommend using it in combination with traditional PTSD therapies and not instead of them for maximum benefits.

As an earlier-cited study concluded, “Human and animal studies suggest that CBD may offer therapeutic benefits for disorders related to inappropriate responses to traumatic memories.” In large part, this is due to its unique effects on various stages of memory processing in combination with its having fewer side effects than traditional pharmacological treatments for PTSD. Studies continue on use of Cannabidiol for PTSD relief in veterans, CBD oil for use in PTSD treatment and the safety and effectiveness of Cannabidiol for PTSD in adults in general.

SOURCEClinicaltrials.gov
ATTENTION READERS
Due to the nature of independent content, VT cannot guarantee content validity.
We ask you to Read Our Content Policy so a clear comprehension of VT's independent non-censored media is understood and given its proper place in the world of news, opinion and media.