Home WarZone Ukraine War The Risks of US Military Assistance to Ukraine. Disturbing Alert by NATO’s... 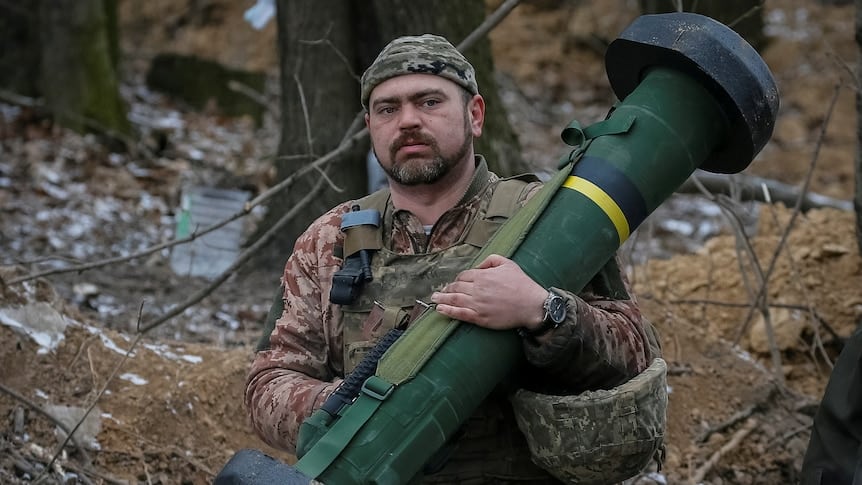 It is truly worrying that a military news media very close to the Pentagon signals the risk that the weapons supplied by the US to Ukraine could end up in the wrong hands.

This topic has been repeatedly flagged by counter-information media such as Gospa News, Veterans Today, and The Intel Drop, but now it’s coming to a showdown.

Even Defense One, a portal specialized in international geolithic analyzes in the military field but always very complacent with the Pentagon, has renewed the alarm.

It is very strange that this comes from a network that is absolutely close to NATO’s positions on the war in Ukraine. This can mean two things.

Or the American military environment has grown tired of sustaining a war in Ukraine unleashed by NATO and already lost against Russia, if the Third World War is not to be triggered as announced by a UK general.

Or it is a code warning for intelligence experts aimed at justifying large terrorist actions in Europe, thanks to weapons from overseas. In both cases, the utmost attention must be paid.

Here is the article. All links to previous Gospa News reportages have been added afterwards.

The Risks of US Military Assistance to Ukraine

The donated weapons pouring into Ukraine—more than $6.1 billion so far from the U.S. alone—have been welcomed by Kyiv, but they also carry a variety of potential national security and strategic consequences. Defense planners, lawmakers, and the public should develop safeguards to keep these weapons from feeding future conflict, violence, and instability.

Exodus of Islamic Terrorism under Cia’s Nose! “Isis and Al Qaeda among Afghan Migrants”. Putin’s alarm confirmed by US flight to Qatar

The most serious and talked-about risk is provoking a direct response from Moscow. President Biden insists that escalation risks are being carefully measured, yet Vladimir Putin has attempted to target Western supply lines to Kyiv, conducted strikes dangerously close to the borders of NATO member states, and taken to repeatedly reminding the world about Russia’s nuclear arsenal.

Reassurances aside, conflict escalation is perilously hard to predict, frequently occurs beyond the control of the powers involved, and often defies the assumptions and cold logic justifying a given course of action. Amid increasing concerns for Putin’s state of mind, the risk calculus taking place in Washington could easily be off.

In the longer term, managing the tens of thousands of small arms, heavy weapons, and other military hardware transferred to Ukraine since the invasion will pose a security challenge long after the guns fall silent. The pace and scale of the transfers, notwithstanding the clear frontline needs, are likely stretching Ukraine’s absorptive capacity to its limits, and possibly beyond, creating severe risks that equipment could be lost or find its way to illicit markets.

Ukraine’s long history as a nexus of the illicit arms trade is not reassuring. After the Cold War, criminal entrepreneurs capitalized on massive Soviet-era stockpiles left behind in Ukraine and, by some estimates, made away with $32 billionin military equipment between 1992 and 1998. Those weapons made their way to battlefields in Sierra Leone, Liberia, Afghanistan, and elsewhere. While the new influx of Western arms may satisfy narrow U.S. legal requirements intended to assure the appropriate stewardship and security of U.S. arms, conventional end-use monitoring procedures—insufficient under the most stable of circumstances—are woefully ill-suited for active combat zones.

The nature of some of the weapons makes their potential loss even more concerning. For example, Stinger missiles, which Washington has sent to Kyiv by the thousands, have long worried the U.S. counterterror community for the unique national security threat their diversion can pose.

Even arms delivered and properly safeguarded by Ukrainian forces create risks for civilians and non-combatants that should be heeded by Western planners. The eight-year-old war in the Donbas has seen indiscriminate attacks by Ukrainian forces, and although Russian troops have mounted the vast majority of attacks on cities since February’s invasion, human rights organizations have derided the historical use of explosive weapons with wide effects in urban areas and unguided rockets by both sides of the conflict.

Finally, in the rush to harden Ukrainian defenses, the United States risks arming units with troubling histories, including elements of the Azov Battalion, an ultranationalist Ukrainian militia-turned-national guard element, whose ranks have included avowed neo-Nazis. Though Moscow has greatly and cynically exaggerated the scale, prominence, and scope of Azov’s role in Ukraine’s national defense, inadvertent U.S. material support to their troops risks adding some truth to Russia’s great lie that its invasion is in a battle against Western-backed fascists.

U.S. military aid to Ukraine will continue to expand. While the White House has already provided $6.1 billion in security assistance to Ukraine, Congress has made up to $23 billion available for military aid related to the conflict. Accordingly, the time to plan and implement risk-mitigation measures is now. And though the announcement that the Pentagon is considering deploying civilian weapons inspectors to Ukraine is a welcome first step, any such effort should be part of a wider strategic risk management plan that includes:

Vitally, the United States should be engaging the Ukrainian government and external civil-society experts to develop and implement plans for secure weapons storage and stockpile management, mechanisms for accounting for and tracking transferred arms, and plans for returning or destroying surplus stocks, especially after the conflict ends.

The people of Ukraine deserve the world’s support in defending against Russia’s invasion. For arms exporters, and the United States in particular, this should mean responsible arms transfers matched with mechanisms for risk mitigation that will inure Ukraine and others from the potential harm of the West’s unprecedented military assistance effort.

by Rachel Stohl and Elias Yousif

Originally published on Defense One