Home Government What did Hamas and Fatah think of Biden’s visit? 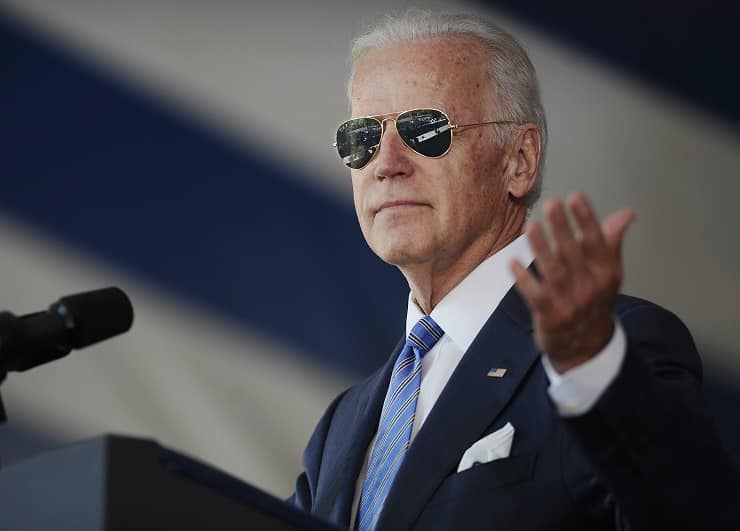 Last year Priti Patel, UK Home Secretary, outlawed Hamas in its entirety, branding it a terrorist organisation and threatening that “members of Hamas or those who invite support for the group could be jailed for up to 14 years”. Previously Hamas’s militant wing (the Izz al-Din al-Qassem Brigades) was proscribed, not its political wing.

So BritGov, which has been largely responsible for the devastating events in the Holy Land for the last 100 years and fancies itself as an expert on peace initiatives, now won’t speak with the party the Palestinians elected to represent them. Isn’t that taking our ‘Israel’s bitch’ role a bit too far?

The instrument used to skewer Hamas is here. A casual glance shows that the cooked-up justification for Patel’s action could equally be applied to the Israeli regime and its methods. As everyone knows (except the Zio-freaks in Washington and Westminster), Israel’s behaviour meets and exceeds every definition and specification of terror with flying colours. But the apartheid regime, whose values our Government repeatedly tells us we share, continues to enjoy impunity while Hamas are condemned for using violence.

But UN General Assembly resolution 37/43 reaffirms that it is legitimate for people in their struggle for independence and liberation from colonial and foreign domination and occupation to use “all available means, including armed struggle“. And the resolution says that denial of those inalienable rights and Israel’s repeated acts of aggression against the people of the region “constitute a serious threat to international peace and security”.

It would seem that Ms Patel has trouble distinguishing between legitimate armed struggle and acts of terror.

UNGA also criticises the expansionist activities of Israel which prevent the Palestinians achieving independence. And it “strongly condemns” Governments that fail to recognize the rights of peoples still under colonial domination and alien subjugation. That includes you, Westminster, so please get your act together.

When Hamas won Palestine’s legislative elections fair and square in 2006 the US, Israel and Britain ganged up to deny them the recognition and wherewithal to take over from their rival and sore loser, Fatah. Since then Hamas have increased their popularity and would probably wipe the floor with Fatah again if elections were held. But while Hamas are holed up in Gaza, Fatah cling to power illegitimately in the West Bank as does their president Abbas, controlling the Palestinian Authority and the PLO with no popular mandate for 16 years. Nevertheless Abbas is still strutting the international stage though not to much effect.

In which case is it not perverse for BritGov, or any other gov, to talk to Fatah and not Hamas, when Hamas is now, and very likely will be again, the democratic choice?

Hamas or Fatah: which one truly represents Palestine?

For a long time after 2006 Hamas seemed to have trouble adjusting to the reality of their unexpected election win and got themselves a bad press for not re-writing their Charter and deleting its inflamatory language. Zionist propagandists have had a field day at their expense, hampering Hamas’s efforts to establish diplomatic credibility.

Let me say that I have no connection with Hamas, I’m not a supporter and I don’t recommend anybody becoming one. But given that Biden’s administration is reportedly top-heavy with Zionist Jews the visit was bound to be yet another stab in the back for Palestinians from yet another puppet US president, and I wondered how Hamas and Fatah would each react. Of course the great man would never dream of dropping in on Gaza and shooting the breeze with the guys there. But he did stop off in the West Bank to talk to quisling Mahmoud Abbas who heads up Fatah, while all the time looking forward to a love-in with Israel’s new PM, Yair Lapid.

So here was a simple test.

What did ‘good boys’ Fatah have to say? Well, who knows? When I checked the websites of the Palestinian Authority, the Palestine Liberation Organisation (PLO) and the Palestine Embassy in London this morning I saw nothing about Biden’s visit. So they remain true to their long-term policy of being useless to the Palestinian cause .

And what did Ms Patel’s ‘terrorists’ say? When I checked Hamas’s website, sure enough I found a piece expressing their disappointment. They make a number of powerful points which boil down to this:

• Biden’s visit underlines America’s continuing support for the illegal occupation and provides further cover for Israel’s crimes against humanity including the Judaization of the Palestinian homeland and Islamic and Christian holy places.

• The real purpose of his visit is to further integrate the Zionist intruder Israel into the Arab world and pretend the relationship with its neighbours is ‘normalised’. This only causes more instability and insecurity in a region still suffering from previous American interference and the never-ending occupation America finances.

• Hamas ask the US administration to recognise the inalienable rights of the Palestinians and end its support for Israel’s cruel occupation which defies all international covenants, laws and a raft of Security Council resolutions.

• Hamas urge the Palestinian Authority not to trust America’s promises to protect and support Palestinians’ national rights. Instead, the PA must go with the people’s wish for continued resistance in defence of Palestinian lands and holy sites, rejecting fruitless negotiations and condemning the illegal settlements that are intended to scupper the Palestinian cause.

• Hamas call on the peoples of their Arab and Islamic Ummah, and all free people of the world, to reject America’s self-serving policies which wreck the region’s stability, stifle its economic potential and are simply aimed at bolstering the Zionist enemy.

• The Palestinian people will continue to use whatever means are available to achieve liberation, self-determination and the return of those who were driven into exile.

This brings together important points frequently made by others, so isn’t unique to Hamas. But it’s a sign they are leaning towards pro-Palestine mainstream thought. Perhaps Ms Patel has a view on all this, since her certainty about what constitutes real terrorism and who are its perpetrators is so rock-solid that she has legislated on it.

Meanwhile I’d like to know what both sides think of Biden’s failure to reinstate the US consulate in Palestinian East Jerusalem as promised and his failure to halt Israel’s criminal settlement building.

And, not least, his crass remark that the long-dead two-state solution is “the best way to ensure the future meaningful measure of freedom, prosperity and democracy for Israelis and Palestinians” but “not in the near term”.

How much longer must the world wait?