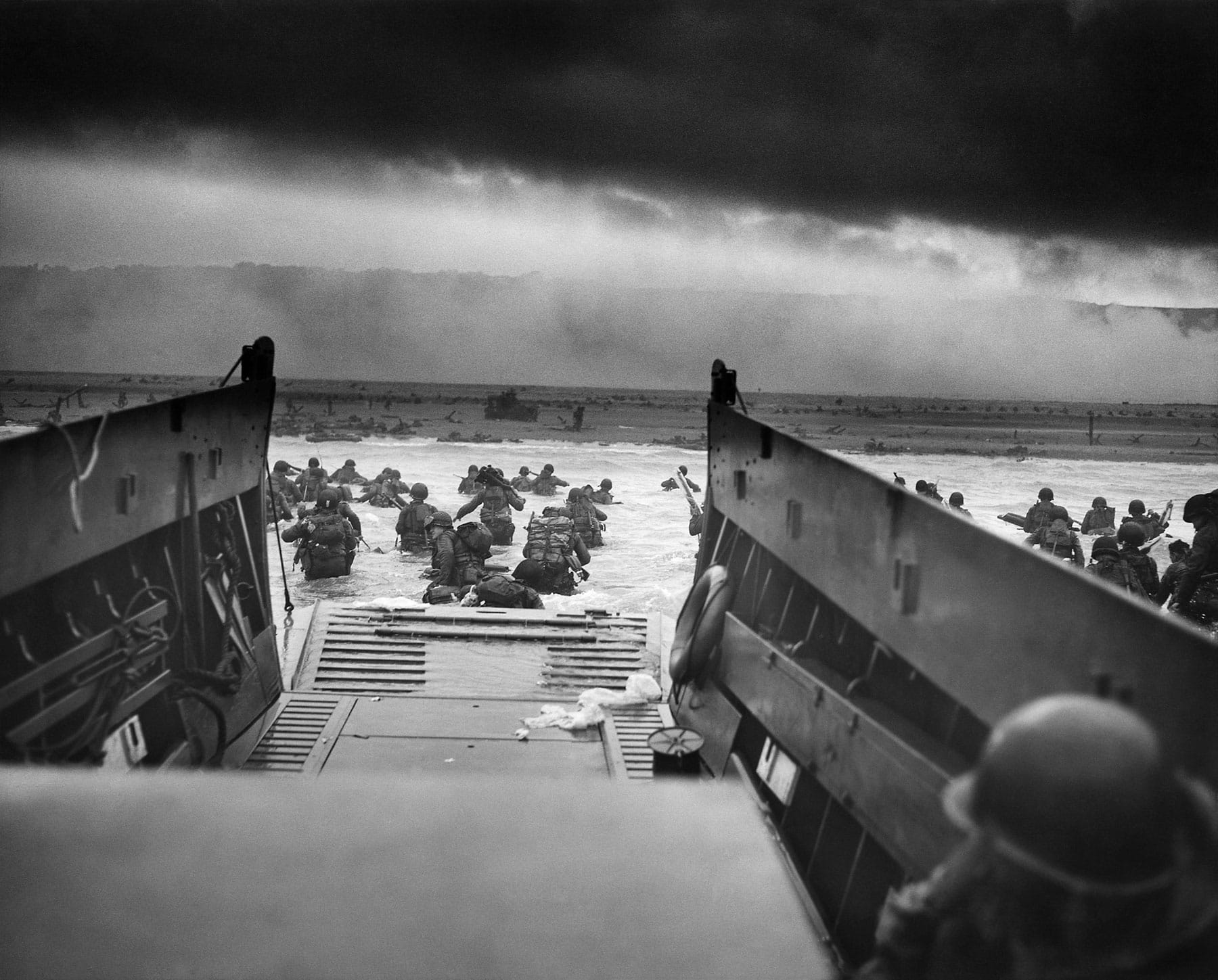 On June 6, 1944, the Allies carried out the largest seaborne invasion ever witnessed in history. Preceded by extensive airborne assaults, the amphibious Operation Neptune landed on five beaches along the coasts of Normandy.

The D-Day Operations would eventually trigger the liberation of France and mark a pivotal point toward victory over Nazi Germany. Many books and Hollywood movies have told the story of the heroes of Normandy. But nothing comes close to walking in the actual footsteps of the soldiers that fought to free the West. So, we bring you four D-Day landmarks to visit in

The Caen Memorial Museum is the starting point of many visitors’ journey through Normandy’s WWII heritage sites. Officially opened in 1988, the museum details the Invasion of Normandy and features on-site access to the underground bunker of German General Wilhelm Richter.

Exhibitions also provide extensive information on the subsequent Battle of Normandy. Known as Operation Overlord, the battle lasted 100 agonizing days and laid the groundwork for the Allies to march on Germany. While historians estimate that over 200,000 Allied soldiers sacrificed their lives in Normandy, the region paid a heavy toll with over 20,000 reported civil casualties. Entire towns were razed to the ground, including Caen. Apart from the memorial, thus, the city offers a gripping insight into WWII from a civilian perspective.

Omaha Beach is one of the most harrowing spots in Normandy. This 8-kilometer-long stretch of sand was the responsibility of the US Army, alongside British, Free French, and Canadian troops. Stretching over 113 acres, the Normandy American Cemetery & Memorial is the final resting ground of the 9,387 heroic soldiers who fell to enemy fire on D-Day. Visitors can then discover the free Visitor Centre before strolling on the iconic beach and visiting the nearby D-Day Omaha Museum.

Additionally, the evocative Overlord Museum is a short distance from the shores. This modern venue displays personal items recovered from individual soldiers and a series of armored vehicles belonging to all six armies partaking in the Battle of Normandy. Upon the end of the exhibition, moving pictures and testimonies give voices to the D-Day veterans who survived on what would later be called the “Bloody Beach.”

Arromanches-les-Bains lies about 30 minutes west of Caen. On D-Day, this seaside town was the target of the British 50th Infantry. It was also in Arromanches that the infamous Mulberry Harbors were deployed. A feat of engineering of epic proportions, these temporary ports were engineered to help offload the essential cargo to secure the operation. The remains of the artificial harbor can still be seen floating off the coasts at low tide.

Arromanches also boasts informative museums like the small Musée du Débarquement, which focuses on the historical context and the logistics of the landings. On the clifftops, the 360° Arromanches circular cinema displays a 20-minute feature film on the Battle of Normandy and several artifacts. 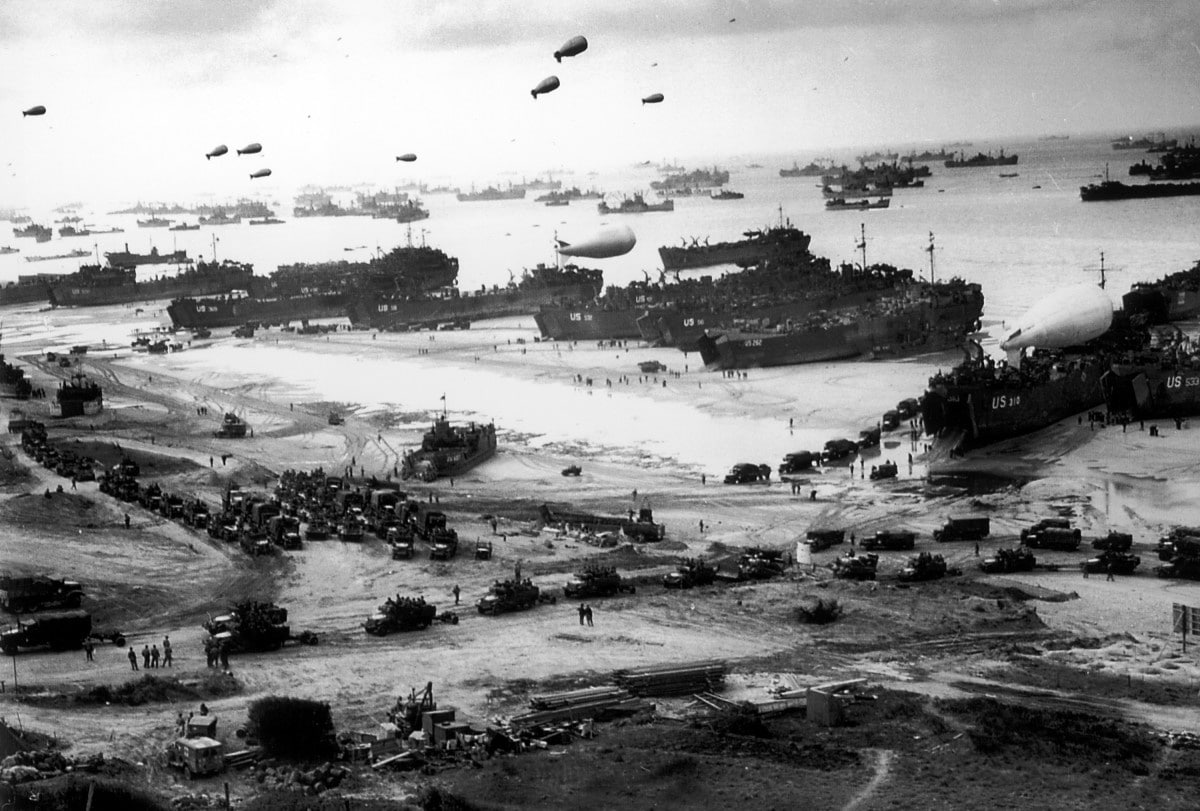 Sword Beach became the easternmost landing site after the aborted invasion on a sixth beach. The British forces were given responsibility over the sector, and the 1005 graves of the British War Cemetery tell their story. The nearby city of Ouistreham remembers their sacrifice at the French-British Museum of the Commando N°4. The Atlantic Wall Museum is another must-visit to delve deeper into the obstacles faced by the Allies.

With its charming thatched houses and tranquil port, Ouistreham is also a pleasant town to settle on a D-Day itinerary. Beyond historic sites, some of Normandy’s most exciting spots are less than an hour away, such as Deauville and its prestigious casino. If visitors can’t make the trip, though, online casinos have all they need to gamble away. And the best casino bonuses allow players to fund their bankroll in a heartbeat. From free chips to cashback offers and loyalty programs, casino rewards fit all gambling styles. For newcomers, top platforms deliver valuable advice to navigate promotions. So, gamblers can try their luck at their favorite table games and machine slots without a hitch.

78 years have passed since D-Day, but the memory of the Normandy landings still inspires awe in all generations. So, where else than Normandy to grasp the magnitude of this incredible moment in military history?