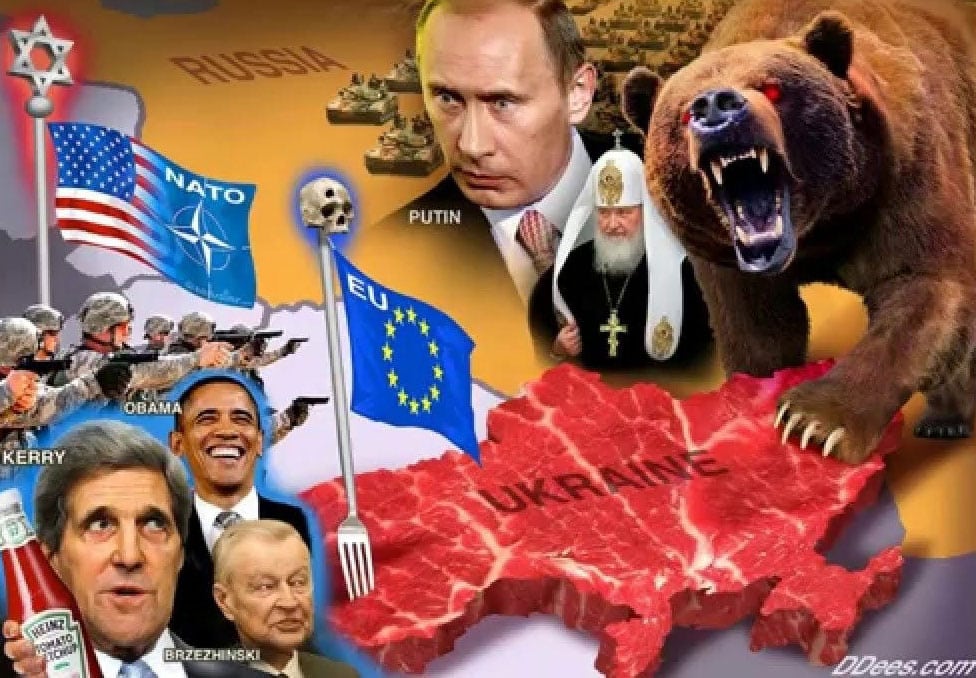 I am not a military expert, nor am I an intelligence analyst by trade, but on the other hand, I’m not a windbag nor is my keyboard for hire under any circumstances.

The latter has made me a lot of enemies over the past eight years, as any of our regular readers can attest to. But it’s also made me a lot of friends in an intelligence community that could not be more disgruntled than they are right now. I have contacts in Poland and in Asia and these are not the guys who sweep the floors. This just came in from Asia this morning:

“The 2 Brits and the Arab muppet were executed by firing squad early morning Friday ZULU time, Jack. In the Donbas. You’ll hear about this soon, I’d expect. But everything is being distorted coming from Novorossiya.  Huge losses of life. Carnage. Biblical scale and Russia is done killing fellow Slavs, we’ve gathered. They’re going to end it. Soon.

Now we’re starting to see some new developments and they’ll be coming fast. They also have two US generals and some Canadian faggot sequestered in Moscow. They’ll be getting the same treatment after a very public show trial. I’m excited, I know you are, too. And word is in that Russia will be launching a major– repeat, major– offensive aimed at finishing Ukrainian fantasy world for keeps. Within the month, certainly. Watch out for that. They’ll be going to the Polish border, for sure. And will then be focusing on the source of the rot very shortly thereafter instead of wasting time-fighting with inconsequential muppets.”

The consensus is the worst places in the world to be right now are Ukraine, Lithuania, and Poland, in that order. My friend in Poland does not want to be there but these guys got jobs to do, and unlike the cowardly Americans who they may be throwing their lives away to serve, they will do their job even if it means death. Putin and the Russians are coming, you can take that to the bank and my guess is they will be coming through Lithuania, then Poland.

Your apathy as an American, and your failure to live up to your second amendment obligation has just about sealed your fate. While you have been watching imbeciles and sexual deviants cavort on television and laughing at the antics of “Joe Biden” Russians have been dying on a battlefield created by those very same imbeciles and deviants that amuse you. If I was you, I would run for the hills. I’m already there and I got nothing to be ashamed of. Most of you on the other hand are guilty as sin and you will pay for your cowardice with everything you ever knew and loved.

Some combat footage below courtesy of the Chechens and their cell phones. Remember it’s all been faked, these guys got nothing better to do than level an entire country just to fool you…

Russian artillery destroyed UAF in Gorlovka area. The Ukrainians are caught in the open with limited cover.

Just needs some paint and it’ll be good as new.

Russian Foreign Minister Sergey Lavrov spoke about Russia’s military campaign in Ukraine, sanctions, and the confrontation with the West in an interview to RT and Sputnik on Wednesday.

Speaking with RT Editor-in-Chief Margarita Simonyan, the minister explained why, despite a promising start, peace talks with Ukraine effectively broke down in spring.

He shared his views about the risks of a nuclear war with the West and how Western-supplied heavy weapons affect the fighting on the ground in Ukraine, as well as decision-making in Moscow regarding the conflict.

Lavrov also discussed the effects of the sanctions on the European economy and the delivery of Russian gas to EU member states.