Home Government Biden’s Grants of up to $500,000 to “Promote Atheism Worldwide”: Republicans against... 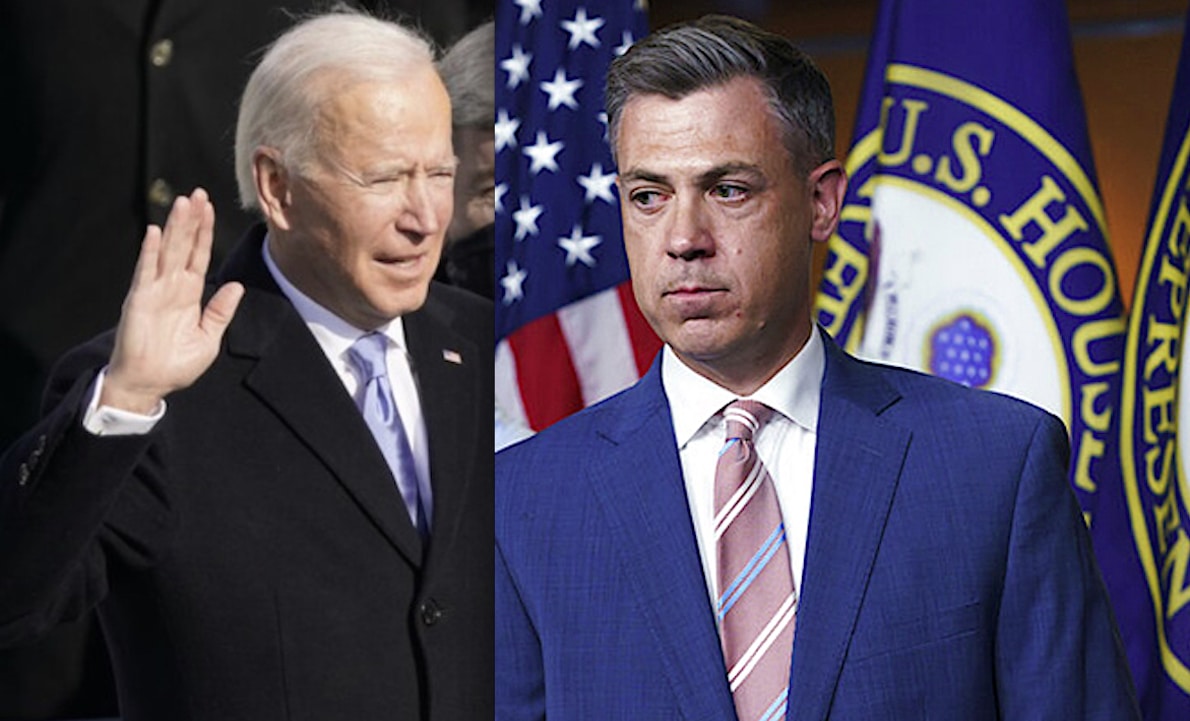 «How does deconstructing America’s reputation as a country of faith into one that promotes the negation of it improve our standing in the world? How does promoting atheism in parts of the world where religious persecution is widespreadhelp those facing persecution? How does promoting atheism in Muslim countries promote U.S. values and interests?».

These are three crucial questions are written in a official note to US President Joseph Biden and to the Secretary of State Anthony Blinken by several House Republicans regarding a grant program the Republicans say will “promote atheism worldwide.”

Republican Study Committee (RSC) chairman Jim Banks of Indiana led the letter on July 15th  with 14 of his GOP colleagues regarding the Bureau of Democracy, Human Rights, and Labor’s (DRL) grant program promoting atheism and “humanism.”

«In April 2021, the State Department’s Bureau of Democracy, Human Rights, and Labor (DRL) announced a grant program to promote atheism worldwide. The Notice of Funding Opportunity (NOFO) was officially titled “DRL FY20 IRF Promoting and Defending Religious Freedom Inclusive of Atheist, Humanist, Non-Practicing and Non-Affiliated Individuals.”1 It announced a “competitive” process that would award grants of up to $500,000 to organizations committed to the practice and spread of atheism and humanism, namely in South/Central Asia and in the Middle East/North Africa» we can read in the letter.

This news reveals once again the ambiguous religious orientation of President Biden who declares himself Catholic but refers to the progressive values of the New Humanism preached by George Soros and Bill Gates on basic issues for Christians such as gay parades and abortion.

The House Republicans further highlighted that: «atheism and “humanism” are official belief systems. As an initial matter, therefore, we would like to know what other United States government programs supported with appropriated funds are being used either to encourage, inculcate, or to disparage any official belief system – atheist, humanist, Christian, Muslim, or otherwise».

«It is quite another for the United States government to work actively to empower atheists, humanists, non-practicing, and non-affiliated in public decision-making. Any such program – for any religiously-identifiable group – in the United States would be unconstitutional» Jim Banks and the others added.

According to the GOP lawmakers «This is not “religious freedom.” This NOFO, like others we have reviewed, prioritizes atheists and humanists above all other potential recipients. Not only does such a priority violate both the Establishment and Free Exercise Clauses, but also the No Religious Test Clause of Article VI of our nation’s constitution. In the NOFO, the State Department characterizes atheists as a unique religious group while then encouraging the building of “networks and advocacy groups” for atheists».

Then, at the end of the letter, they pointed up another important topic and many questions.

«Americans rightly discern this as a part of the broader effort on the part of your administration to promote radical, progressive orthodoxy abroad. Atheism is an integral part of the belief system of Marxism and communism. A few weeks ago, the United States Embassy in Germany erected a “Black Lives Matter” flag. Americans should be very alarmed at this. It’s not only that “Black Lives Matter” remains a highly divisive and increasingly unpopular movementhere in the United States».

Jim Banks and the other signatories recalled even «Other recent initiatives of the State Department include creating a “Special Representative for Racial Equity and Justice,” whose mission will be to spread Critical Race Theory and other progressive dogmas worldwide, and working to remove restrictions on abortion around the globe».

For these reasons they forwarded to Biden and Blinken 12 questions. This are the main important: