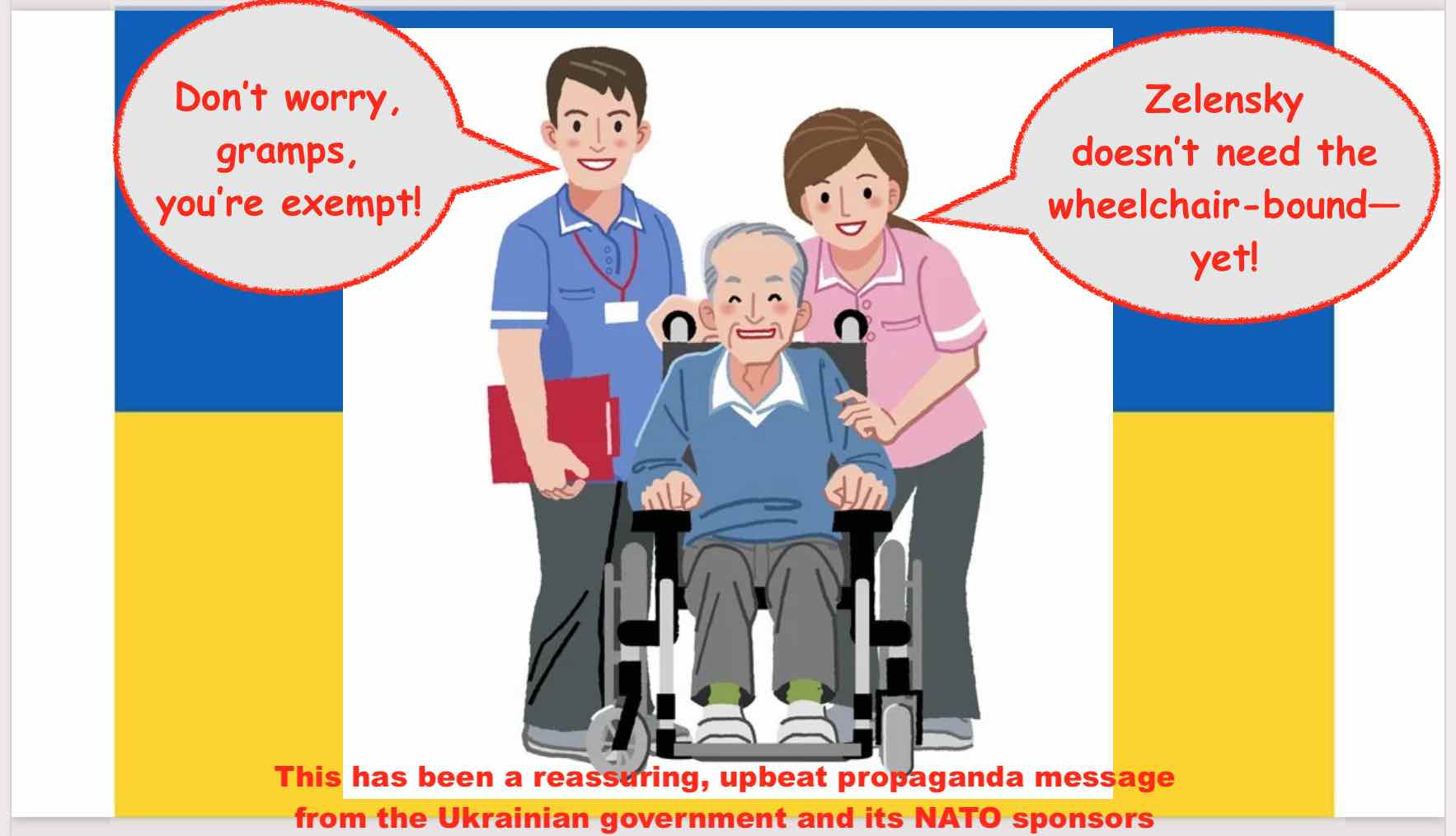 Ukrainian nursing home operators are reporting a surge in walk-offs due to elders’ fears that Zelensky’s increasingly desperate recruiting efforts will target them next.

75-year-old retiree Cadger Starets, who recently went AWOL from the Kladovyshche Nursing Home in Kiev, explained during an interview at an undisclosed location: “They’re already grabbing 50-year-olds off the streets, beaches, shopping malls, ‘checkpoints, gas stations and other public places.’ Looks like they’re coming for us next.”

Ukrainian President Vlodomyr Zelensky denied reports that militarily unfit old people are next in line for the press gang treatment. “We understand that some nursing home residents have severe disabilities that prevent them from firing heavy artillery for a few minutes until they are blown up,” the heroic piano-playing president intoned. “Our recruiters have been trained to identify those cases and exempt them from military service. Only fully able, fit, militarily-trainable decrepit old farts will be forcibly inducted and sent to the front lines.”

Specifically, Zelensky said, old folks who are wheelchair-bound or severely mobility-impaired will be exempt. Those using walkers or canes, however, may still be drafted, as well as those unable to control excretory functions: “All of our troops lose control of excretory functions during Russian artillery strikes, so that shouldn’t be an issue.” Likewise, dementia will not be an obstacle to induction: “If it doesn’t stop you from being president of the United States, it shouldn’t stop you from dying on the front lines of a stupid, utterly unnecessary war.”

Zelensky added that his sugar daddy Igor Kolomoyskyi, who turns 60 next February, works in an essential industry, organized crime, and will therefore be granted an exemption.