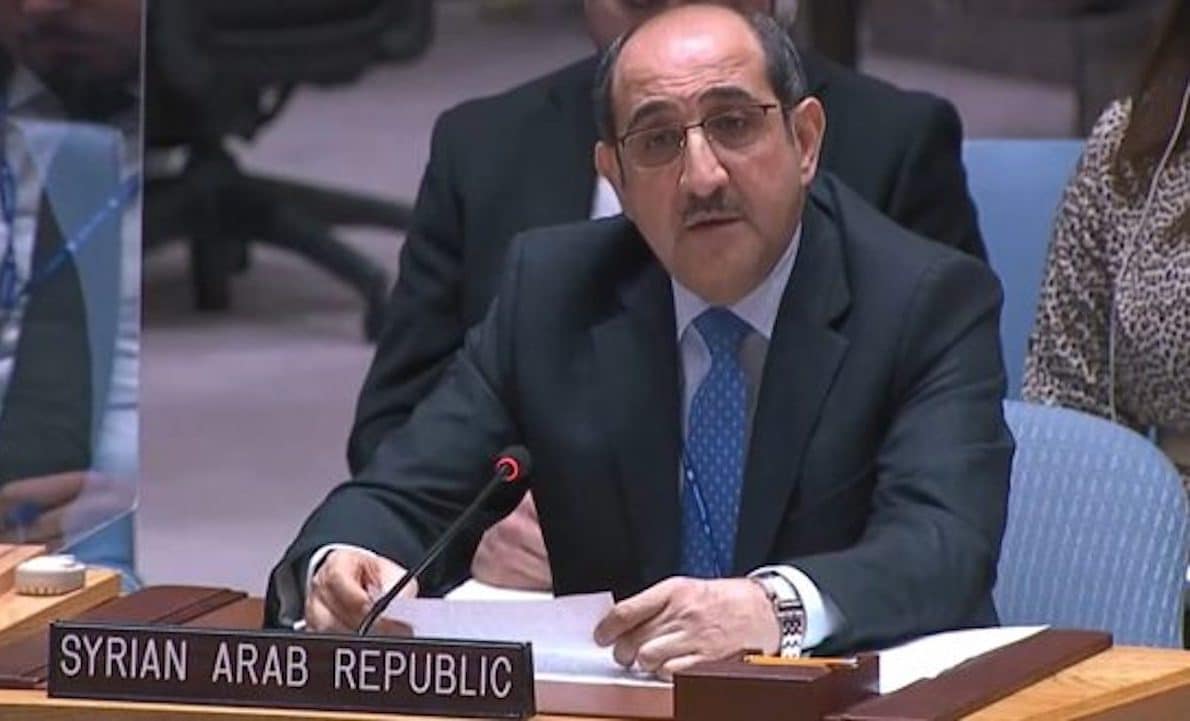 I report below the latest speech by the Syrian ambassador to the United Nations, Bassam Sabbagh (in the cover image), summarized in an article by the Syrian Arab News Agency, an information network controlled by the government of Damascus.

The contents of the Syrian diplomat’s heartfelt appeal confirm the recent inquiries by Gospa News on the very serious responsibilities of the West in the continuous air attacks by Israel and other countries against the nation of President Bashar Al Assad, guilty, according to the Atlantists, of having consolidated its relationship with Russia.

Unfortunately, one of the main persecutors of the populations of Rojava, the north-east of Syria, is Turkey which is also Moscow’s only international reference within NATO and therefore continues to have a large margin of action in the tormented country thanks to the management of jihadist mercenaries and terrorist groups in the province of Idlib who have recently hit a very symbolic religious structure.

The Church of Santa Sofia was in fact built by the Greek Orthodox of Antioch thanks to the contribution of Russia and in emulation of the homonymous temple in Istanbul transformed into a mosque by the Turkish president Recep Tayyip Erdogan. Just happened was hit by a drone of Islamic terrorists on the day of its inauguration …

Ambassador Sabbagh: Israeli attacks would have never been done without western support and UN silence

Syria’s permanent representative to the UN, Ambassador Bassam Sabbagh, said on Tuesday that the Israeli occupation’s recurring aggression on Syria, Palestine and South Lebanon is taking place amid unaccepted Security council’s silence and US, western protection and support.

“The Israeli entity continues its hostile practices to consecrate its occupation of Syrian Golan and prolong its span in a violation of international law principles and international legitimacy resolutions,” Sabbagh said at a UNSC session on the situation in the Middle East.

He added Syria calls on the Security Council to assume responsibility and end the Israeli occupation of the Arab lands and hold its authorities responsible for their hostile practices.

“Syria stresses its firm commitment to regain the occupied Golan fully with all available means guaranteed by International law as it is an imprescriptible right,” Sabbagh affirmed.

Sabbagh indicated that the occupation entity launched blatant aggression on Syrian territory two days ago from the direction of the occupied Syrian Golan, targeting the vicinity of Damascus city, claiming the lives of three soldiers, wounding seven others, and causing material losses.

He reiterated Syria’s commitment to supporting the inalienable rights of the brotherly Palestinian people and standing by their side in their struggle to end the Israeli occupation and establish their independent state on their land with Jerusalem as its capital, and the return of Palestinian refugees to their homeland in accordance with international law and relevant UN resolutions, foremost of which is Resolution No. 194 of 1948.