As in a Greek tragedy whose protagonist brings about precisely the fate that he has sought to avoid, the US/NATO confrontation with Russia in Ukraine is achieving just the opposite of America’s aim of preventing China, Russia, and their allies from acting independently of U.S. control over their trade and investment policy.

Naming China as America’s main long-term adversary, the Biden Administration’s plan was to split Russia away from China and then cripple China’s own military and economic viability. But the effect of American diplomacy has been to drive Russia and China together, joining with Iran, India, and other allies.

For the first time since the Bandung Conference of Non-Aligned Nations in 1955, a critical mass is able to be mutually self-sufficient to start the process of achieving independence from Dollar Diplomacy.

Confronted with China’s industrial prosperity based on self-financed public investment in socialized markets, U.S. officials acknowledge that resolving this fight will take a number of decades to play out. Arming a proxy Ukrainian regime is merely an opening move in turning Cold War 2 (and potentially/or indeed World War III) into a fight to divide the world into allies and enemies with regard to whether governments or the financial sector will plan the world economy and society.

What is euphemized as U.S.-style democracy is a financial oligarchy privatizing basic infrastructure, health, and education. The alternative is what President Biden calls autocracy, a hostile label for governments strong enough to block a global rent-seeking oligarchy from taking control. China is deemed autocratic for providing basic needs at subsidized prices instead of charging whatever the market can bear. Making its mixed economy lower-cost is called “market manipulation,” as if that is a bad thing that was not done by the United States, Germany, and every other industrial nation during their economic takeoff in the 19th and early 20th centuries.

Clausewitz popularized the axiom that war is an extension of national interests – mainly economic. The United States views its economic interest to lie in seeking to spread its neoliberal ideology globally. The evangelistic aim is to financialize and privatize economies by shifting planning away from national governments to a cosmopolitan financial sector. There would be little need for politics in such a world.

Economic planning would shift from political capitals to financial centers, from Washington to Wall Street, with satellites in the City of London, the Paris Bourse, Frankfurt, and Tokyo. Board meetings for the new oligarchy would be held at Davos’s World Economic Forum. Hitherto public infrastructure services would be privatized and priced high enough to include profits (and indeed, monopoly rents), debt financing, and management fees rather than being publicly subsidized. Debt service and rent would become the major overhead costs for families, industry, and governments.

The U.S. drive to retain its unipolar power to impose “America First” financial, trade and military policies on the world involves an inherent hostility toward all countries seeking to follow their own national interests.

Having less and less to offer in the form of mutual economic gains, U.S. policy makes threats of sanctions and covert meddling in foreign politics. The U.S. dream envisions a Chinese version of Boris Yeltsin replacing the nation’s Communist Party leadership and selling off its public domain to the highest bidder – presumably after a monetary crisis wipes out domestic purchasing power much as occurred in post-Soviet Russia, leaving the international financial community as buyers.

Russia and President Putin cannot be forgiven for having fought back against the Harvard Boys’ “reforms.” That is why U.S. officials planned how to create Russian economic disruption to (they hope) orchestrate a “color revolution” to recapture Russia for the world’s neoliberal camp. That is the character of the “democracy” and “free markets” is juxtaposed to the “autocracy” of state-subsidized growth.

As Russian Foreign minister Sergey Lavrov explained in a press conference on July 20, 2022, regarding Ukraine’s violent coup in 2014, the U.S. and other Western officials define military coups as democratic if they are sponsored by the United States in the hope of promoting neoliberal policies. 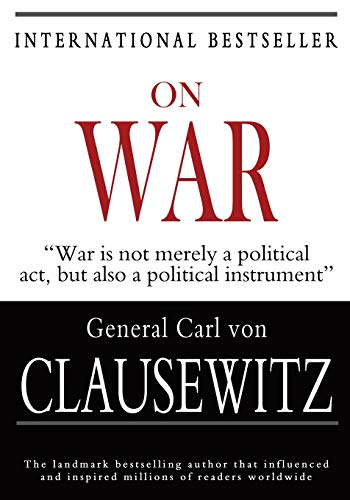 Do you remember how events developed after the coup? The putschists spat in the face of Germany, France, and Poland which were the guarantors of the agreement with Viktor Yanukovych. It was trampled underfoot the next morning. These European countries didn’t make a peep – they reconciled themselves to this. A couple of years ago I asked the Germans and French what they thought about the coup. What was it all about if they didn’t demand that the putschists fulfill the agreements? They replied: “This is the cost of the democratic process.” I am not kidding. Amazing – these were adults holding the post of foreign ministers.[1]

This Doublethink vocabulary reflects how far mainstream ideology has evolved from Rosa Luxemburg’s description a century ago of the civilizational choice being posed: barbarism or socialism.

The contradictory U.S. and European interests and burdens of the war in Ukraine

To return to Clausewitz’s view of war as an extension of national policy, U.S. national interests are diverging sharply from those of its NATO satellites. America’s military-industrial complex, and oil, and agriculture sectors are benefiting, while European industrial interests are suffering. That is especially the case in Germany and Italy as a result of their governments blocking North Stream 2 gas imports and other Russian raw materials.

SOURCETheSaker
ATTENTION READERS
Due to the nature of independent content, VT cannot guarantee content validity.
We ask you to Read Our Content Policy so a clear comprehension of VT's independent non-censored media is understood and given its proper place in the world of news, opinion and media.