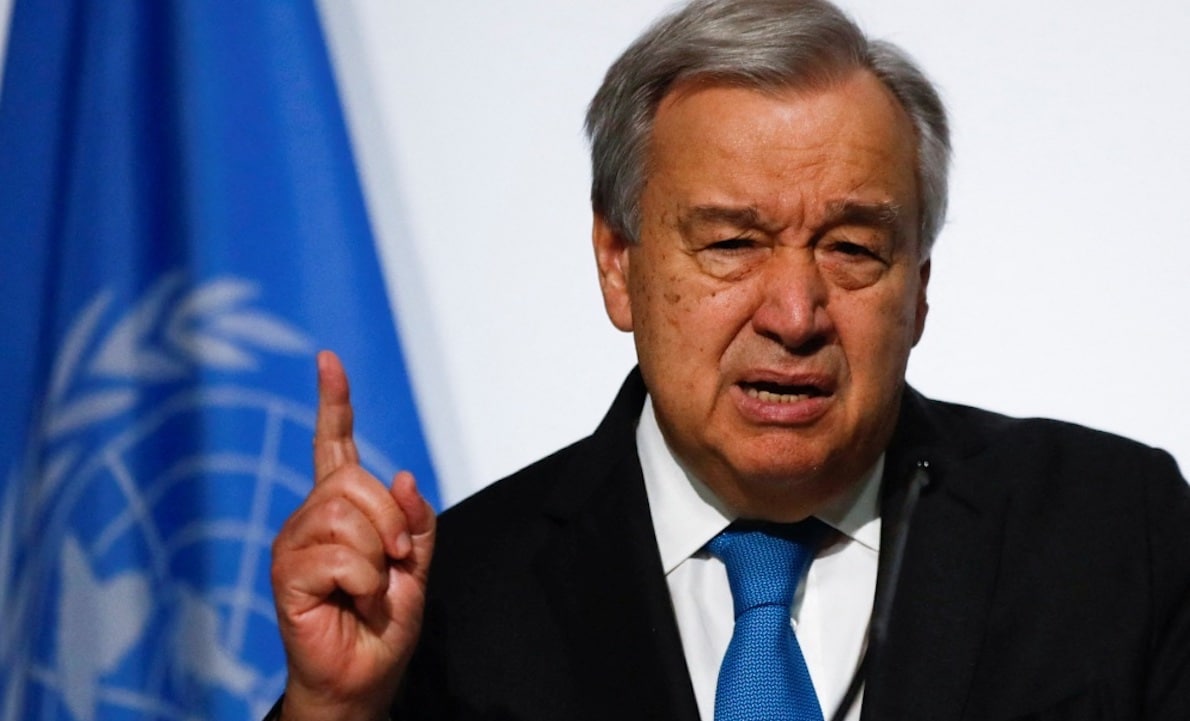 His comments come as surging energy prices sparked by the war in Ukraine push industry profits to new highs. Mr Guterres said it was “immoral” for firms to be profiting from the crisis.

Russia’s invasion of Ukraine in February has worsened a global shortage of oil and gas, disrupting access to oil and gas from Russia – a major supplier – and driving prices higher. While households are grappling with higher energy bills, companies are reaping the benefits.

BP recently reported its largest profit in 14 years, while Shell’s profits in the April-to-June period hit a record.

Together, four of the biggest energy firms – Exxon, Chevron, Shell and TotalEnergies – earned nearly $51bn in the most recent quarter – almost double what they made in the same period last year.

“This grotesque greed is punishing the poorest and most vulnerable people, while destroying our only common home,” Mr Guterres said.

“I urge all governments to tax these excessive profits, and use the funds to support the most vulnerable people through these difficult times.”

Last month, the UK approved a 25% ‘windfall tax’ on energy firms, a one-off levy the government says will raise some £25bn to help offset household energy bills, which have spiked.

Some other countries, such as Italy, have imposed similar measures.

But French lawmakers recently rejected such a move, and there is little political momentum in the US, despite a windfall tax proposal from some members of Congress.

“Policymakers should be focused on increasing energy supply and reducing costs for Americans. Imposing new taxes on our industry will do the exact opposite and only discourage investment at a time when it’s needed most,” he said.

Mr Guterres warned that high energy prices would have wide ranging consequences, as households and governments around the world buckle under the pressure.

“Many developing countries – drowning in debt, without access to finance, and struggling to recover from the Covid-19 pandemic – could go over the brink,” he said. “We are already seeing the warning signs of a wave of economic, social and political upheaval that would leave no country untouched.”