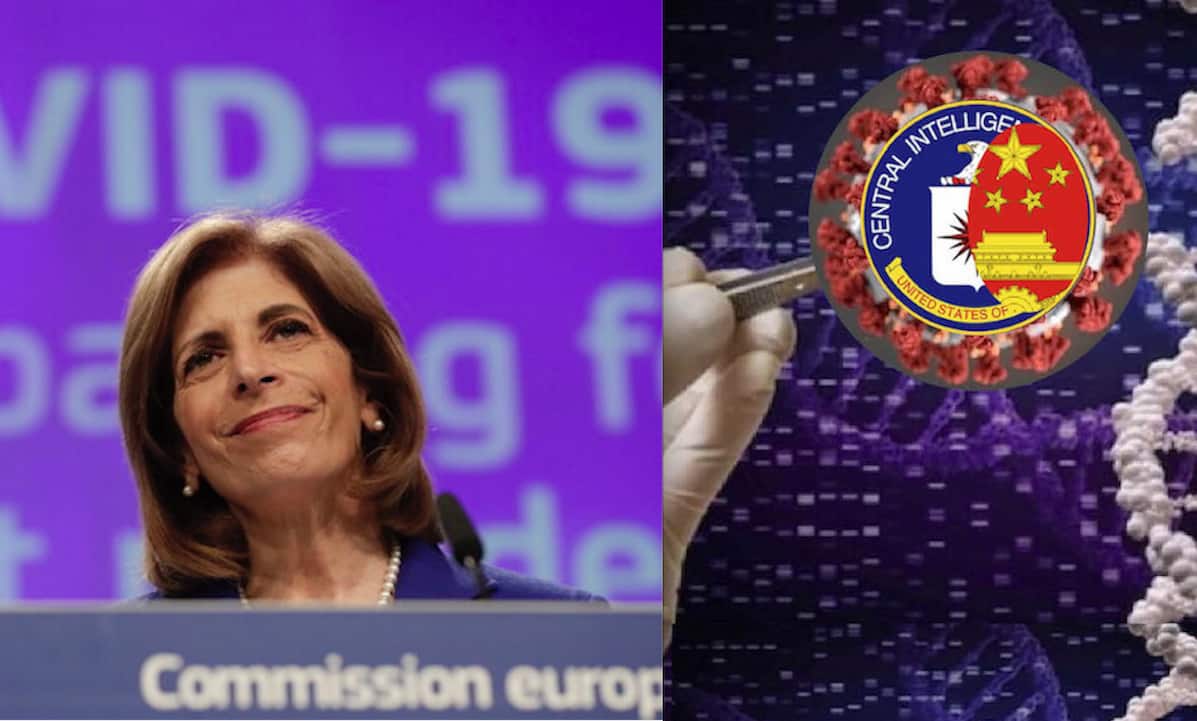 «Finding the origins of the severe acute respiratory syndrome coronavirus 2 (SARS-CoV-2) and a full and transparent sharing of information is crucial to learn the lessons from the pandemic. While the Commission welcomes research that contributes to the global learning around the causes of the COVID-19 pandemic, it is not in a position to speculate on the possible implications of the findings of the above mentioned report».

These two sentences are the beginning and the end of the answer that the European Commissioner for Health gave a few weeks ago to the only member of the EuroParliament who seems to have been interested in the laboratory origin of the pandemic virus. With protocol E-000179/2022 dated 25 March the Cypriot psychologist Stella Kyriakides lied knowing she was lying.

The reason is simple and well known to the most attentive readers of the WuhanGates cycle inquiries.

In the report number 9, in fact, we highlighted that the first very dangerous experiments conducted by the Wuhan Institute of Virology on a strain of SARS virus (2003) infected with HIV to enhance its viral load were carried out thanks to the EPISARS project of the European Commission of President Romano Prodi.

How is it possible that the leadership of the technocrats in Brussels at the time knew very well – having funded them – the risks deriving from the creation of recombinant viruses with HIV, of which the late virologist Luc Montagnier found traces in SARS-Cov-2, and today they are do you wash your hands like you are completely ignorant about it?

THE SHOCKING REPORT OF THE DARPA MILITARY AGENCY

The case reached the European Parliament at the beginning of the year thanks to a detailed parliamentary question by the French MEP Virginie Joron (Identity and Democracy) who, however, focused on some subsequent moments in the development of the so-called chimeric viruses.

«A report on the origin of COVID-19 written by Major Joseph Murphy for the US Defense Advanced Research Projects Agency (DARPA) was released on 11 January 2021. The officer states that COVID-19 came from a research project (Project Defuse) on bats in China and in the US, conducted by the NGO Ecohealth Alliance and funded by the NIH/NIAID.

DARPA purportedly received Ecohealth Alliance’s proposal in 2018 but refused to provide the USD 14 million requested – including around USD 1 million for the laboratory in Wuhan – due to safety concerns. A total of USD 86 378.25 was budgeted for a test on the deployment of immune-boosting aerosols in a bat cave in China».

The European parliamentarian refers to a research rejected by DARPA not only for the poor safety of the BSL-4 laboratories in Wuhan but also for the dangerousness of the pathogen enhanced with Gain of Function to make it more virulent according to Dual Use purposes “vaccine-bioweapon ”, as we reported in the previous WuhanGates 46 investigation.

Virginie Joron thus posed two peremptory questions to the European Commission: «1. Will the Commission check the veracity of Murphy’s report on Ecohealth Alliance’s project – which allegedly created and spread COVID-19 in China – and, working with the EU Intelligence and Situation Centre (INTCEN), Member States and the US authorities, will it look into whether the project was publicly financed by the US via the NIH/NIAID? 2.

If the report turns out to be true, what legal, political and commercial means could it use to take action? Will it open an investigation to identify who should be held liable?».

The response of Commissioner Kyriakides with responsibility for Health is disarming to the point of becoming suspicious.

«In May 2020, the World Health Assembly in resolution WHA73.1[1] requested the Director‑General of the World Health Organization (WHO) to continue to work closely with the World Organisation for Animal Health, the Food and Agriculture Organization of the United Nations and with countries, as part of the One Health approach, to identify the zoonotic source of the virus and the route of introduction to the human population, including the possible role of intermediate hosts».

THE EUROPEAN COMMISSION IS NOT ABLE TO SPECULATE …

«In line with this request, the ‘WHO-convened a global study of origins of SARS-CoV-2: China Part, Joint WHO-China Study: 14 January-10 February 2021’, which was published on 30 March 2021 and updated on 6 April 2021[1]. It presents the outcomes and recommendations of this first phase. The report underlines the need for further studies which are ongoing at this stage».

«Subsequently, the WHO has established the Scientific Advisory Group for the Origins of Novel Pathogens[1], who arerenowned experts and are competent to provide an independent evaluation of all available scientific and technical findings from global studies on the origins of SARS-CoV-2 and provide advice related to the next series of studies into the origins of SARS-CoV-2» explained the member of the European Commission again.

«While the Commission welcomes research that contributes to the global learning around the causes of the COVID-19 pandemic, it is not in a position to speculate on the possible implications of the findings of the above mentioned report» Kyriakides concluded, failing to mention that the first laboratory experiments on SARS viruses began thanks to the approximately 2 million euros disbursed by the EPISARS project at the Wuhan Institute of Virology which operated under the supervision of the Pasteur Center in Paris.

EU EXPERIMENTS IN CHINA IN THE HANDS OF OBAMA

Only later, with the beginning of the Obama-Biden administration in 2009, the Predict project on Coronaviruses was launched, financed by the American government agency USAID (often a financial instrument of the CIA in operations abroad), by the same EcoHealthAlliance of Peter Daszak, first to deny the artificial origin of SARS-Cov-2 by the scientific journal The Lancet, funded by Bill & Melinda Gates Foundation just like Daszak’s EHA in Chinese experiments.

Precisely because then the dangerous laboratory SARS experiments became a “China-US affair” conducted under the supervision of the WHO (whose director Tedros Adhanom Gebreyesus was chosen by Gates in past and and reconfirmed in recent weeks by the assembly for 5 years), the European Commission should be interested in discovering the evolution of the researches financed by herself.

Suffice it to recall that on 12 September 2019 in the EU capital a summit on global immunization was held in which a giant Coronavirus molecule was used as a symbol. It was also attended by the NGOs founded by Gates including the Gavi Alliance which previously had as director Jens Stoltenberg, awarded as NATO secretary also by virtue of the sponsorships of Norway (of which he was prime minister) to the Big Pharma of anti-Covid vaccines and arms corporations.

At that summit was also present the NGO CEPI which happens to be a sponsor together with the Bill & Melinda Gates Foundation of a mysterious experiment, on hidden coronaviruses, conducted by the Pirbright Institute in the United Kingdom thanks also to the financing of the Pentagon military agency DARPA in the same 2018 in which the latter denied funding to Wuhan. (read more…)