Steven J. Cyr, MD, is the chief medical officer for SASpine and CYRxMD Cosmetic Surgery. He is a Mayo Clinic–trained, board-certified orthopaedic spine surgeon and has been named a Top Spine and Orthopedic Surgeon by numerous organizations. He has also been rated as the top doctor in San Antonio by RateMDs and recognized nationwide with Patients’ Choice and Compassionate Doctor Awards.

He has been married to his wife, LeAnn, for twenty-two years. They have four children. He is the author of the new book Cutthroat: A Surgeon’s Fight Against Big Government, Corrupt Businessmen, and a Broken Helathcare System.

JEA: What is the thesis of the book?

SJC: The premise of Cutthroat is that both patients and physicians are struggling under the control of financially-motivated businessman and the government. Within the current system, doctors are unable to deliver appropriate care, leaving patients with compromised and rationed healthcare. This has led to a 79% dissatisfaction rate with medicine in America. 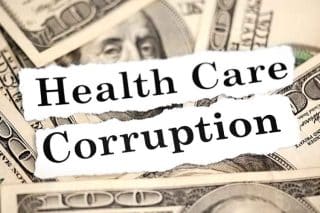 JEA: Why is the healthcare system broken and what can decent citizens do?

SJC: The government has limited doctors’ ability to have ownership and control of affiliated medical businesses; leading to higher costs with compromised care. The system has been overtaken by financially-motivated businesspeople whose sole purpose is to make massive profits, at the expense of patients and physicians.

Anti-kickback and Stark regulations, initially proposed to ensure doctors were not compromising their ethics for financial reasons, have failed to stop profit-focused businesspeople from negatively impacting patient care. The problem these rules sought to solve has actually become heightened because doctors—who hold the medical knowledge and liability when it comes to making the right decisions for their patients—are no longer able to do so. Peer-to-peer reviews have limited physicians’ ability to deliver care appropriately under the guise of quality standards, relegating patients to “cookbook recipe”-style healthcare.

The reality is that insurance companies are doing everything they can to keep the money paid to them by patients as premiums, making massive profits as a result. This has led to frustration amongst doctors who have to ration care. Patients are unable to receive the care that they deserve and doctors are unable to ensure it.

The healthcare system is one of the only sectors of the economy in which the consumer (the insurance carrier) dictates how much a service should cost instead of the people providing it. It is like a customer dictating to a plumber what they’re willing to pay and the plumber being forced to comply. Doctors have no control over their own reimbursements. The in-network system has literally stolen physicians’ ability to charge what they deem reasonable for their services. Out of network care is available—and trust me, patients are paying higher premiums for it—but insurance carriers do everything they can to make it impossible to go out-of-network. Most doctors are unable to work within an out-of-network scenario because patients can’t afford the cost for that care, and insurance carriers are accusing doctors of fraud for failing to aggressively chase the balance of money owed to them by patients. The system is set up to deter patients from even using their out-of-network benefits.

Insurance companies have also whittled doctors’ reimbursements down to a point where being in private practice is almost impossible. The number of employed physicians almost doubled between 2019 and 2020 because doctors were unable to manage their own practice and make a profit at the same time. The solution is to join hospital systems, but those systems also focus on the bottom line. This forces doctors to deliver care under a corporate structure, further limiting their ability to be autonomous and effective.

Doctors are frustrated and leaving medicine, even talking their children out of becoming physicians. But in the end, what matters most, is that it is patients who are suffering.

The government must step in and break up the monopolies created by big insurance carriers. One option is to limit their profit and give control back to physicians who care most about patient outcomes. Employers need to have the ability to dictate the terms under which their employees are cared for. They should refuse to allow rationed care or decisions to be made by doctors in other states or those who do not have proper training who perform “peer-to-peer” reviews on other doctors’ treatment requests.

Additionally, private insurance companies should not be able to base their reimbursements on government pricing. One of the biggest issues faced by private healthcare is that commercial carriers base their reimbursements on Medicare rates, which allows them to continually decrease payments to physicians. The government also continues to attempt to decrease physician reimbursement annually while the cost to practice medicine has increased by 50% since the 1990s.

The situation is dire and medicine is in a tailspin. Some staggering statistics:

JEA: Can you name some of the people who are behind “Big government”?

SJC: The regulators who continue to enforce policies that allow insurance carriers to raise rates and insurance premiums, decrease reimbursements, deny care, and send federal investigators after physicians (who are merely trying to deliver quality care to their patients in a challenging system) are “big government.”

What have those people done to corrupt our system? Massive lobby groups for hospitals and insurance companies continue to ensure regulations are passed to limit physician control of medicine, instead handing over the reins to business people whose interest is profitability, not patient care.

I’m not aware of what happens behind the scenes—but there are definitely big dollars behind the corruption in healthcare.

JEA: What was your experience at the US Air Force?

SJC: My time in the military was a combination of the amazing reward one feels for taking care of the nation’s greatest patriots, and frustration with the hierarchy of both medicine and the military.

In general, we were able to deliver whatever care we wanted for military beneficiaries without limitations. The beauty of practicing while active duty was that I didn’t have to get permission for tests, treatments, or surgical procedures. I was able to determine what my patient needed and deliver that care immediately. The decision was between me and the patient. That’s how medicine should be practiced.

Whether you are active duty or a civilian, the doctor-patient relationship, a shared understanding of the options available, and the ultimate treatment decisions made for medical diagnoses, should be between the treating physician and their patients. No one else outside of that relationship should have a hand in dictating what care is delivered. The only time there should be oversight and input is when care is been compromised and outcomes are suffering. That is the beauty of military medicine. Doctors are uninhibited when it comes to delivering the right care for their patients.

JEA: Was “big government” dominating the system then?

SJC: While I was active duty, insurance companies in the civilian sector were slowly taking control by creating health management organizations and creating in-network insurance plans. Ultimately, this led doctors to give in to lower and lower reimbursements, ultimately allowing insurance carriers to take control of decision-making and even physician reimbursements.

JEA: What are some of the pressures that doctors like you face in the “public square”?

SJC: I think one of the biggest issues facing doctors is the false assumption by the public that doctors control medicine and make tons of money doing so. There is a pervasive myth that the reason healthcare costs are rising is because doctors are making more money. But in fact, physician incomes have dramatically declined, when adjusting for cost of living, while the cost to practice has increased.

Frankly, many private physicians struggle to make a profit. It’s very important for the public to understand that most doctors are in this profession because they have a calling to serve and sincerely want their patients to do well.

89% of physicians report feelings of depression and frustration because of the outside pressures we face. Each year in the U.S., roughly 300-400 physicians die by suicide. Suicide deaths are 250-400% higher among female physicians when compared to females in other professions. In the general population, males complete suicide four times more often than females. (ACEP) 86% of physicians have noticed diminished joy in their practice. (HealthcareDive)

Not only do we have to worry about our patients’ well-being, but now, we have to worry about government investigations, audits, mounting administrative burdens, the pressures from business entities to control decision-making, and the demand for higher salaries from employees—all while our reimbursements are decreasing.

Unless something happens to correct our current course, we will see a massive deficit in the number of physicians in the future. The amount of time, money, stress, mental burden, and responsibility that it takes to be a doctor is getting to the point where it will no longer be an attractive profession for the nation’s brightest students who would prefer a job with lower stress levels, more free time, and higher pay. The American Medical Association estimates there will be a shortage of between 38,000 and 124,000 doctors by 2034 (Association of American Medical Colleges). This is a scary scenario. I’m worried about what will happen in the future unless things are changed and doctors are given control once again.