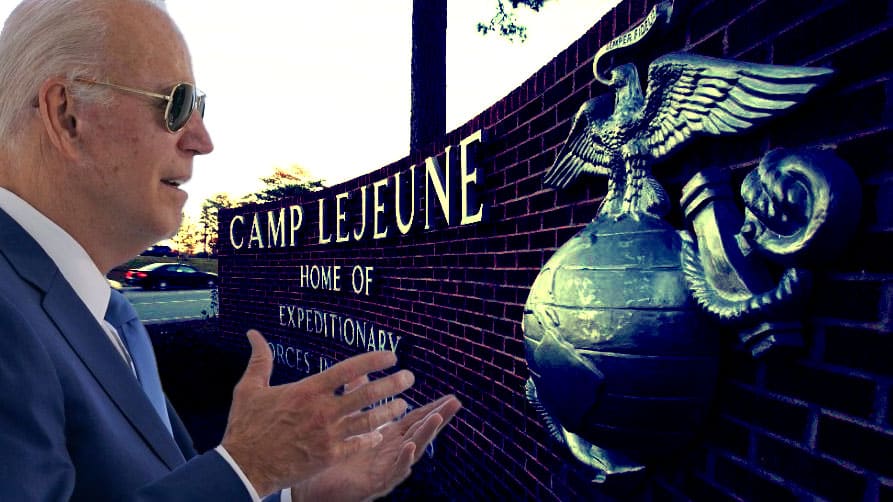 MONTGOMERY, Ala. – President Biden has signed the Camp Lejeune Justice Act, which creates a valid claim for victims of toxic water contamination at Camp Lejeune to pursue litigation against the federal government.

The Act allows anyone who lived, worked, or served at Marine Corps Base Camp Lejeune for at least 30 days between 1953 and 1987 and suffered injuries or death from exposure to contaminated water to bring a claim within two years from Aug. 10, 2022, when the Act went into effect. Beasley Allen lawyers are helping those eligible for relief under this Act by pursuing litigation against the federal government.

“We commend President Biden and lawmakers for taking action to address the catastrophic harms caused at Camp Lejeune,” said Beasley Allen attorney Julia Merritt. “Our clients and others dedicated their lives to serving our country; in return, they were poisoned with hazardous chemicals and left to suffer life-threatening injuries. Now, it’s our duty to help them obtain justice.”

From 1953 to 1987, over one million military service personnel and their families were exposed to toxic water at Marine Corps Base Camp Lejeune and Marine Corps Air Station (MCAS) New River in North Carolina. Those who may be eligible for compensation include military personnel, guardsmen, reservists, military family members, and civilian employees who worked on the base.

The water was contaminated with volatile organic compounds, degreasers, chemicals used on heavy machinery, and more than 70 other highly toxic substances. It was used for drinking, cooking, and bathing in enlisted family housing, barracks, schools, base hospitals, recreational areas, and administrative offices. The government knew about this contamination but took no action. It ignored experts’ warnings about contamination, site inspections and reports, and comments from military service members and their families that the water tasted like chemicals.

“It’s been a long road toward justice, and now we have to spread the word about this opportunity,” said Beasley Allen attorney Trisha Green. “The U.S. government has finally acknowledged the damage it caused to those at Camp Lejeune and MCAS New River, nearly seven decades after the contamination began. Now, victims have only a short time to bring claims. Unfortunately, many victims have died, and those still alive are largely unaware of this Act.”

Any person that resided at Camp Lejeune or MCAS New River for at least 30 days between August 1953 and December 1987 and has a serious illness, miscarriage, or birth defect is potentially eligible for disability, health care, and compensation.

In addition to Merritt and Green, other Beasley Allen attorneys representing the victims are Toxic Torts Section Head Rhon Jones and Matt Pettit.

Founded in 1979, Beasley Allen Law Firm is a leader in complex plaintiff litigation nationwide. We work with attorneys and clients nationwide and have offices located in Atlanta, Georgia; Dallas, Texas; Mobile, Alabama and Montgomery, Alabama. Our award-winning attorneys live by our creed of “helping those who need it most.” For more information about our firm, please visit us online at www.beasleyallen.com.

SOURCECamp LeJeune
ATTENTION READERS
Due to the nature of independent content, VT cannot guarantee content validity.
We ask you to Read Our Content Policy so a clear comprehension of VT's independent non-censored media is understood and given its proper place in the world of news, opinion and media.