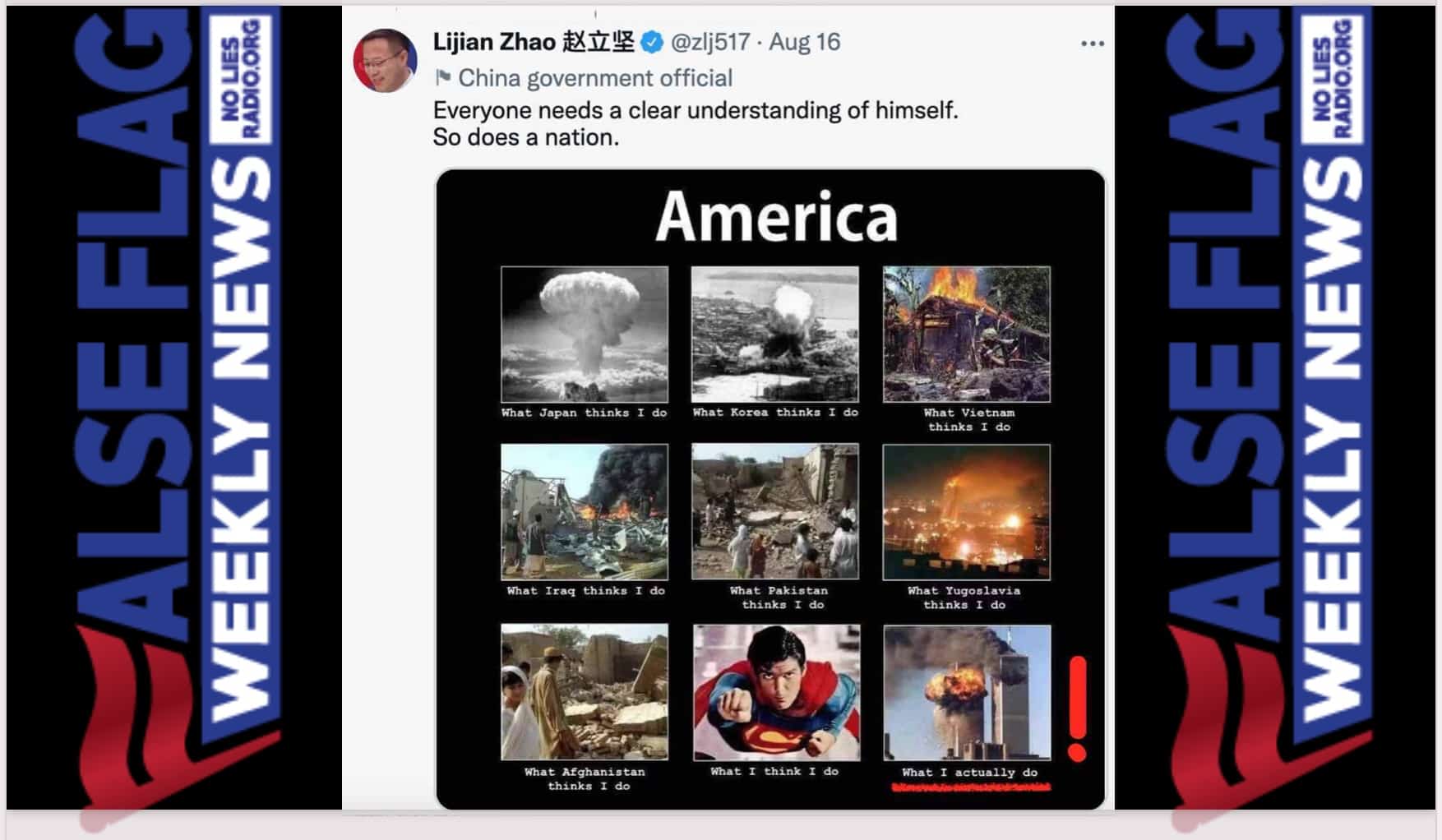 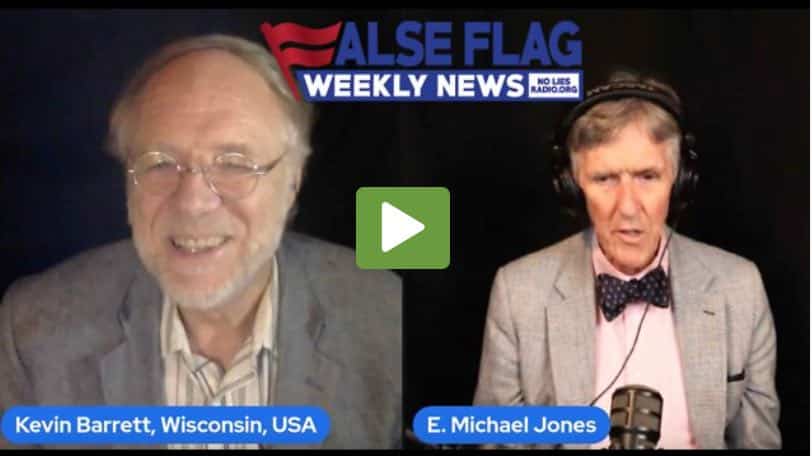 E. Michael Jones joined me on the new False Flag Weekly News to discuss this week’s unusually colorful list of official lies, atrocities, and MSM cover-ups. We opened with Larry Romanoff’s excellent primer on the psychopathology of US political leadership, “Americans Are Criminally Insane.”

A common theme emerged from several stories: Educated MSM-consuming Americans are lining up as the last people on Earth to learn the hidden truths of history, especially those concerning the unspeakable atrocities committed in their name. People from other parts of the world aren’t nearly so misinformed. For example…

The Chinese know that 9/11 was an inside job: 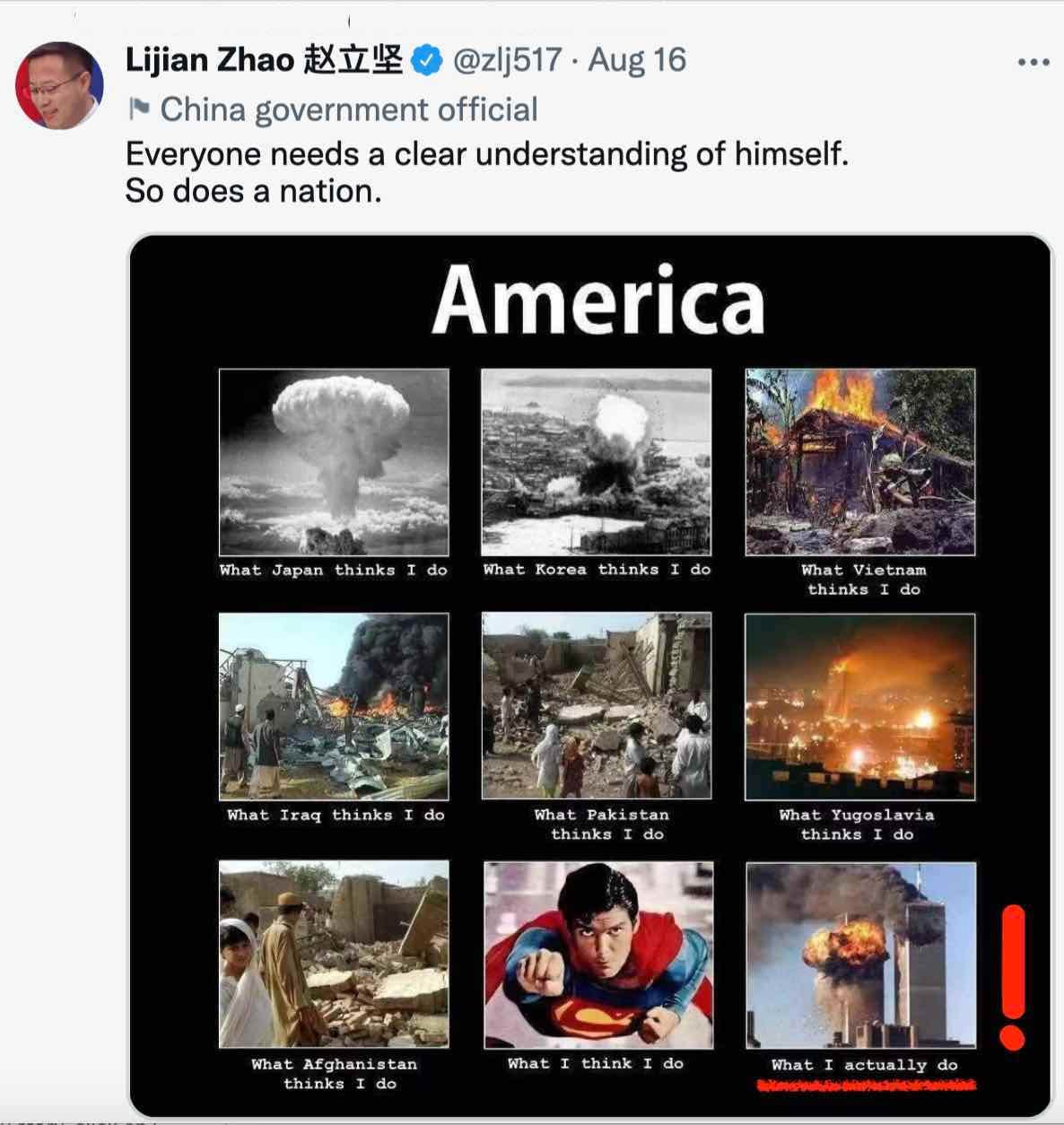 The Russians know that the CIA (with a big nudge from Mossad) killed JFK.

Does Putin know who killed Kennedy?

Let's face it – if anyone knew who killed Kennedy, outside of the US elite, it would be the former head of the KGB. In this outtake of interview with Megyn Kelly, Putin alludes to the fact that the CIA may have killed President Kennedy. pic.twitter.com/JXcpWEkesh

Palestine President Abbas (like most of the world’s other 1.8 billion Muslims)knows that the official Jewish version of the Holocaust (TM) is most likely somewhat exaggerated. 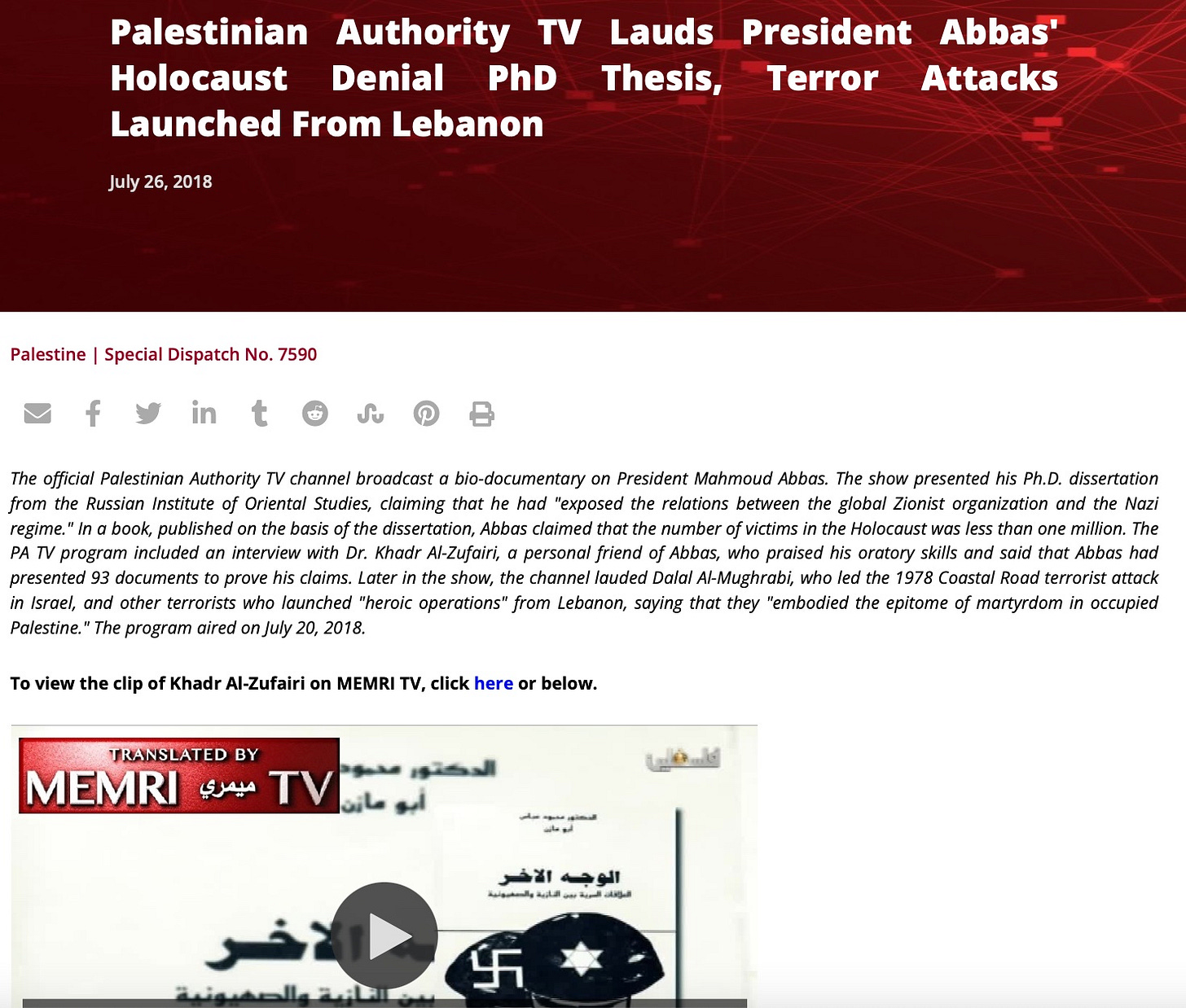 And Iranian leaders know they, and China, were most likely subjected to a late 2019 US bio-attack that unleashed COVID-19 on the world: 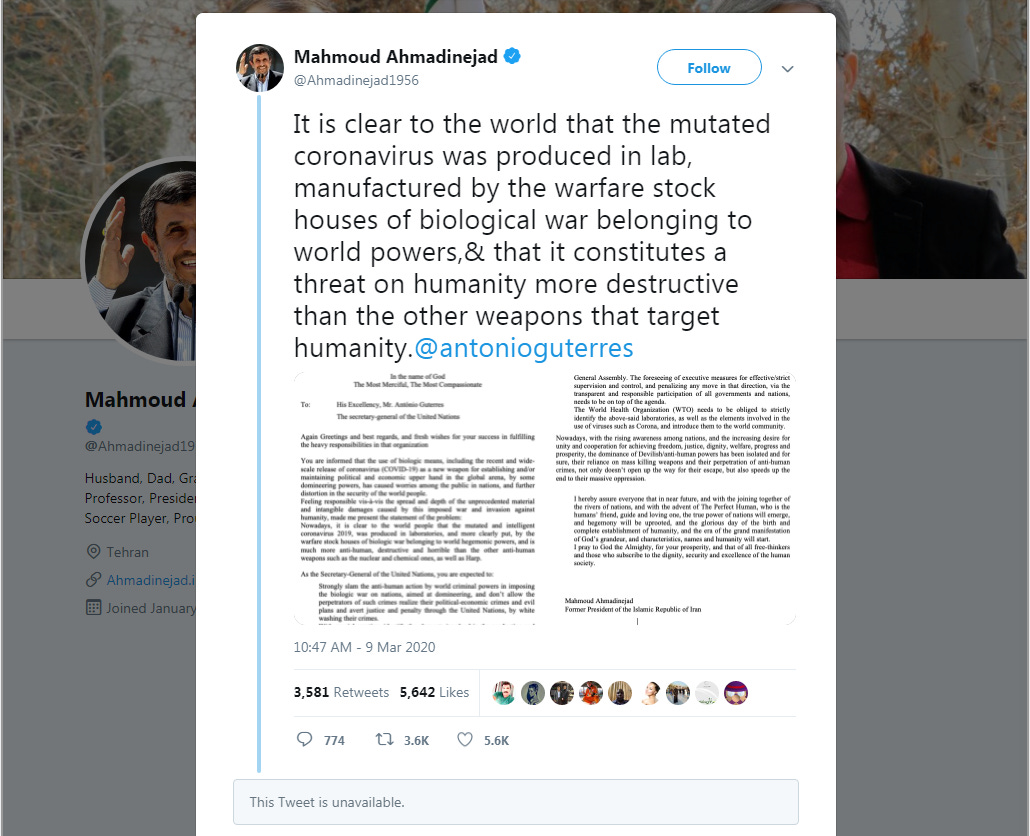 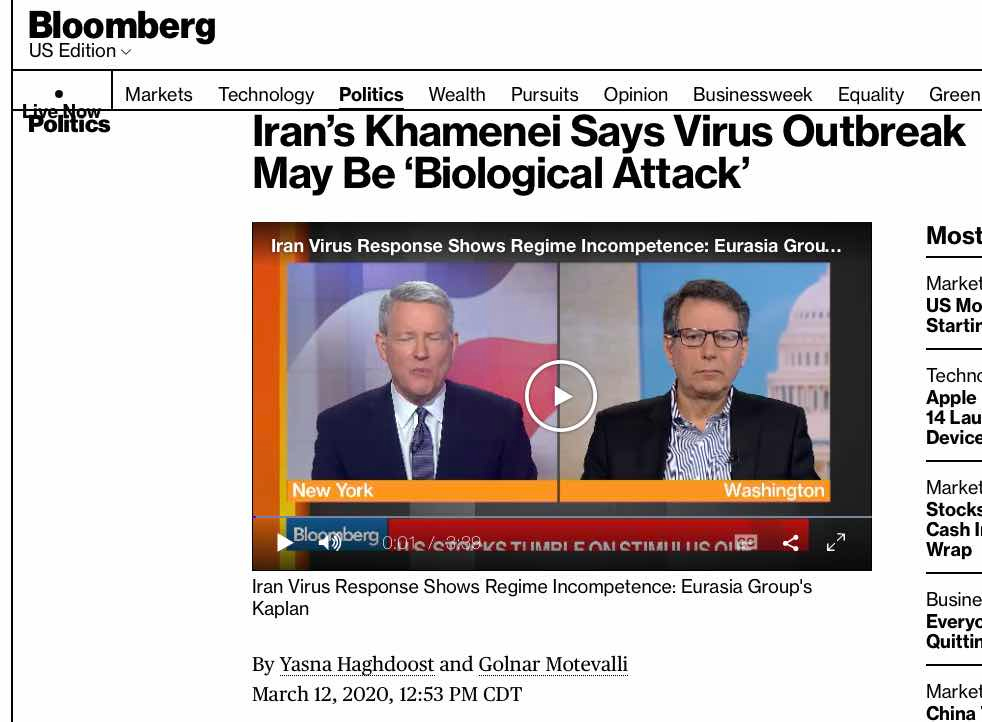 Are Americans starting to wake up and join the rest of the world in calling out the crimes of their Deep State? E. Michael Jones thinks so. He notes that that the term “false flag,” which nobody had heard of twenty years ago except the black ops specialists who teach such things in military academies, is becoming a household word—like “Deep State.” Donald Trump and his supporters use both terms regularly.

Jones also notes that Trump owes his success to popular mistrust of mainstream media. In the past, whenever the media unloaded with both barrels on a politician, that politician obediently bit the dust. But Trump, like a horror movie zombie, just keeps lurching across the political landscape, absorbing enough media-machine-gun-fire to kill thousands of ordinary mortals and looking none the worse for wear.

Those nostalgists who yearn to reconstitute the good old days when big media could dictate fiat reality and force people to believe it are waxing ever more hysterical. They are now openly deeming conspiracy theorists “enemies of the state.” Black Americans who oppose the war in Ukraine are getting their doors kicked in by the FBI. CIA whistleblowers who provide proof of Agency crimes to Wikileaks face up to 80 years in prison. Assange awaits death-by-extradition, while Snowden holes up in Moscow.

Meanwhile on social media, millions of people are wondering whether the strange deaths of Anne Heche and Jackie Walorski, both of whom died after their automobiles suddenly did insane things—shades of Michael Hastings!—could be related to their work exposing elite pedophiles and human trafficking rings. And speaking of elite pedophilia, why would the Justice Department pick an Epstein-complicit Trump-hating judge to sign off on the Mar-a-Lago search warrant?! James Kunstler:

The choice of going to federal magistrate Bruce Reinhart for the Mar-a-Lago warrant sure looks crude and desperate. Only weeks ago, he was presiding over the Trump v Clinton lawsuit. How did that even happen, given Mr. Reinhart’s role defending Jeffrey Epstein’s associates — many of them Clinton-connected — in the 2007 sex-trafficking case? And only after the spectacularly weird act of switching sides from the federal prosecution team to Epstein’s defense team. Not to mention Mr. Reinhart’s record of public statements denouncing Mr. Trump. There are twenty-five other magistrates who rotate their duties in the Southern District of Florida, why pick him?

Maybe because they’re gaslighting us?

But it seems the elites’ boundless contempt for ordinary Americans, and for world opinion, is starting to generate equally boundless contempt flowing in the opposite direction. When that contempt finally erupts into action, we may get to watch an empire crash and burn.

SOURCEFalse Flag Weekly News
ATTENTION READERS
Due to the nature of independent content, VT cannot guarantee content validity.
We ask you to Read Our Content Policy so a clear comprehension of VT's independent non-censored media is understood and given its proper place in the world of news, opinion and media.