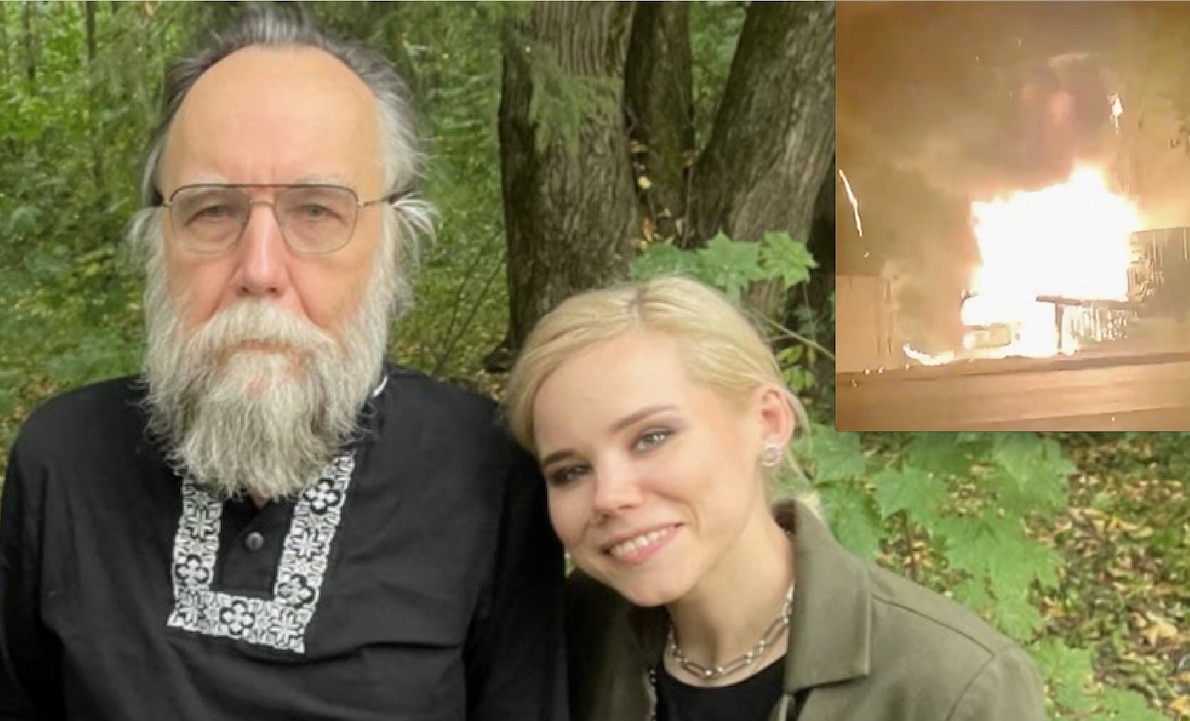 A blast that claimed the life of Darya Dugina, the daughter of prominent Russian political philosopher Aleksandr Dugin, was caused by a bomb that had been attached underneath her SUV on the driver’s side, investigators said on Sunday.

According to Russia’s Investigative Committee, the explosive device ripped through the Toyota Land Cruiser she was driving in Moscow Region, near the village of Bolshie Vyazemy, on Saturday night. It has been reported that the vehicle belonged to her father.

“It has already been established that the explosive was planted under the bottom of the car on the driver’s side. Darya Dugina, who was driving, was killed on impact,” the agency said, reiterating that investigators believe the attack to have been premeditated and to be a contract job.

The Investigative Committee said that its specialists are now inspecting the scene and that the vehicle was being removed from the site for further examination. “Expert assessments are being commissioned, including biological, genetic, chemical and explosive forensics,” the agency noted, adding that a recording from the SUV’s dash cam had been retrieved, while law enforcement officials are working to identify suspects and possible witnesses.

The Russian Foreign Ministry speculated that Ukraine might have been behind the attack. Ukraine denied any involvement.

“The Russian law enforcement agencies are investigating the death of Darya Dugina. If the Ukrainian lead is confirmed by the competent authorities, as evoked by the head of the Republic of Donetsk Denis Pushilin, then we will have the confirmation of the state terrorism policy put in place from the Kiev regime” writes Russian Foreign Ministry spokeswoman Maria Zakharova on her Telegram channel, according to TASS. “We await the results of the investigation,” adds Lavrov’s spokesperson.

A criminal case has been launched over the death of the daughter of prominent Russian philosopher and political commentator Aleksandr Dugin, the Investigative Committee announced on Sunday morning, adding that a car bomb is suspected as the cause.

Darya Platonova, 30, has been officially confirmed as the victim of the explosion outside the Russian capital, the agency said in a statement.

Russian writer and political activist Zakhar Prilepin, who also attended the festival, hinted that Ukraine could be behind the bombing, according to Russia Today.

“They do things like this. They’ve crossed the line long ago,” he wrote on Telegram, noting the assassination of the head of the Donetsk People’s Republic, Aleksandr Zakharchenko, in 2018, which was blamed on Kiev, and other high-profile bomb attacks in Donbass in recent years.

A car driven by the daughter of “Putin’s ideologist” Aleksandr Dugin, Darya, exploded near the village of Velyki Vyazomi, on the outskirts of Moscow. The woman would have died in the attack, the hypothesis that prevails at the moment is that the real target of the attack would have been Aleksandr Dugin himself, but the man at the last moment did not get into the same car as her daughter, saving himself.

The incident took place on a highway some 20 kilometers west of Moscow around 21:35 local time, with witnesses saying that the blast rocked the vehicle right in the middle of the road, scattering debris all around. The crippled car, fully engulfed in flames, then crashed into a fence, according to photos and videos from the scene.

Authorities have yet to confirm the identity of the victim, but multiple Russian Telegram channels and media sources reported that the victim was 30-year-old Darya Dugina (Platonova). Her father, Alexander Dugin, was spotted at the scene soon after the incident, visibly shocked, according to several videos circulating on social media.

«Preliminary reports suggested that a home-made explosive device might have been involved, but investigators have yet to confirm the cause of the blast, or any possible motive in case of a foul play» Russia Today writes.

«A very adverse event; I knew Darya personally. This was the father’s vehicle. Darya was driving another car but she took his car today, while Alexander went in a different way. He returned, he was at the site of the tragedy. As far as I understand, Alexander or probably they together were the target» Andrey Krasnov, the head of the Russian Horizon social movement and the person familiar with her, told TASS on Sunday.

Earlier on Saturday evening, Aleksandr Dugin was giving a lecture on “Tradition and History” at a traditional family festival in the Moscow region, while his daughter attended the event as a guest. Some unconfirmed reports suggested that Dugin initially planned to leave the festival alongside his daughter, but later decided to take a separate car, while Darya took his Toyota Land Cruiser Prado.

Ultranationalist and conservative, Aleksandr Dugin has always said he is an enemy of liberal principles, coming to hypothesize a “Eurasian” world comprising Europe and Russia as opposed to the United States and its liberal values. Europe, according to Dugin, should therefore be removed from the ‘Atlantic’ and reconverted to the ‘Russian’ values ​​of fidelity to traditions and community identities.

«In Russia, however, the supposed shadowy puppet master is largely considered to be a marginal and controversial figure with some of his views deemed too radical even by staunch nationalists. While he has served as an adviser to several politicians, Dugin never enjoyed official endorsement from the Kremlin – reported Russia Today – Back in 2014, he was sacked from his job at Moscow State University, after critics interpreted his call to “kill, kill, kill” those behind massacres in Ukraine, such as the Odessa tragedy, as a call for a genocide against Ukrainians».

For these positions he was hit by US sanctions as early as 2015. Daughter Darya, who had recently become a TV personality, was notorious for his father’s theories.

It is too early to say whether there was really a plot by the Ukrainians behind the attack.

But the barbaric killing of a Kiev delegate in peace talks with Russia after the start of the war, carried out by the Ukrainian SBU secret services, leads us to ponder every hypothesis.

In the intelligence circles close to Russia, the indiscretion is already circulating that behind the attack there could be the hand of the Mossad, the powerful and notorious counterintelligence of Israel, a country known for close contacts with the government of Kiev. In the next few hours we will deepen this “track”.