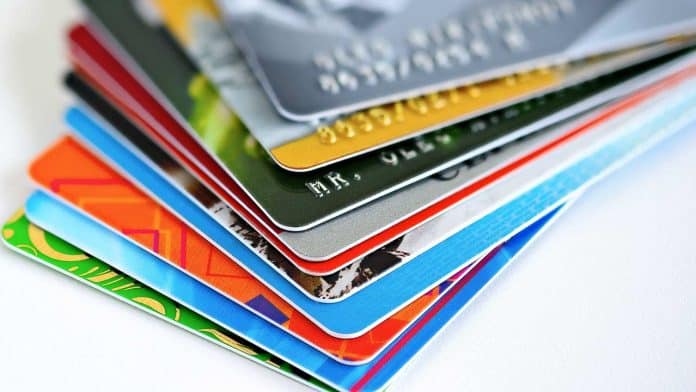 As you may well know, carrying a balance on your credit cards from month to month is a huge no-no. Yet, despite this knowledge, you may live with outstanding obligations across one or several accounts. If this is the case, you are not alone.

Americans are in debt. According to recent reports, outstanding credit card balances soared past $1.1 trillion at the start of Summer 2022 — a year-by-year increase of more than 19% compared to pre-pandemic levels. This poses a major problem on both a universal scale and a personal level. While you shouldn’t worry yourself about the effects on the economy as a whole (at least, not yet), you should consider the consequences rolling credit card debt can have on your personal life. According to the professionals at Symple Lending, you should also investigate ways to pay down that debt as quickly as possible.

As Americans push themselves further into debt, credit card rates are rising. In the past seven months, the federal variable rate range has increased four times and is now at 2.25%-2.5%. Experts suspect the latest increase won’t be the last.

If you rarely felt the effects of interest before, you’re sure to feel them now. The rise of the variable market rate means APRs on individual cards are bound to increase as well. A higher APR means a longer payoff period for cardholders — which also means more money spent toward interest and less on the principle. So that you don’t throw any more money away on interest, pay down your debt as soon as possible.

If the rising interest rates aren’t enough to scare you into action, maybe the fact that you pay for each day you carry a balance will. Because interest rates on credit cards compound daily, you pay a small percentage of your APR toward each day’s balance. Though the percentage may be small, it can quickly add up and possibly exceed your minimum monthly payment. When this happens, your credit card balance may actually increase after making a payment.

To avoid such an outcome, Symple Lending recommends paying off your credit card debt in full each month. At the very least, make as large of payments as you possibly can, and always make a payment that is larger than the minimum amount due — even if just $5 more.

Debt Causes Stress Across Several Areas of Your Life

Credit card debt doesn’t just affect your finances. Debt can also cause significant stress across several areas of your life. According to a recent report, nearly three-quarters of Americans ranked debt as the number one stressor in their lives. Not only did respondents express fear and anxiety over how they would pay down debt but also, they discussed debt in relation to other goals and priorities, including marriage, homeownership, and physical well-being. Per several studies, their concerns may be well-founded.

Several studies indicate that credit card debt can interfere with individuals’ marriage and relationship goals. In fact, per one report, credit card debt is the “most unacceptable” of all household debts, with as many as three out of four Americans considering too much card debt a “deal breaker.” This is in large part because outstanding debt hinders a couple’s ability to buy a home, refinance an existing home or achieve other major life goals.

To top it off, debt can lead to physical and mental illness. Stress-related debt can cause depression and anxiety, both of which can contribute to sleep problems, headaches, lethargy and more. Each of these consequences can weaken the immune system and lead to increased incidences of illness and lost workdays, only further compounding one’s financial struggles. By paying down your debt as soon as possible, you can avoid the adverse outcomes of carrying hefty balances.

Debt Puts Your Further Away from Financial Freedom

Ultimately, debt makes it impossible for you to spend your hard-earned money how you want to spend it. When you carry large balances, you can’t take that vacation or splurge on that outfit or treat yourself to a night out. So long as you live with outstanding debt, you may find that you are unable to truly enjoy your life. The best way to get around this is to pay down your balances sooner rather than later.

How a Debt Consolidation Loan Can Help

The experts at Symple Lending say that with a debt consolidation loan, you can pay down balances on cards with high APRs and, in the process, substantially reduce what you owe in interest. You can also consolidate your payments from several into one affordable amount. By reducing what you owe each month, you can free up cash flow to put toward savings or to pay down your debt more quickly. Finally, a debt consolidation loan can actually help boost your credit score so long as you commit to making on-time payments.

Ultimately, a debt consolidation loan can help to simplify your life. If you’re ready to take control of your credit card debt and achieve true financial freedom, acting sooner than later is imperative.

SOURCENerdWallet.com
ATTENTION READERS
Due to the nature of independent content, VT cannot guarantee content validity.
We ask you to Read Our Content Policy so a clear comprehension of VT's independent non-censored media is understood and given its proper place in the world of news, opinion and media.