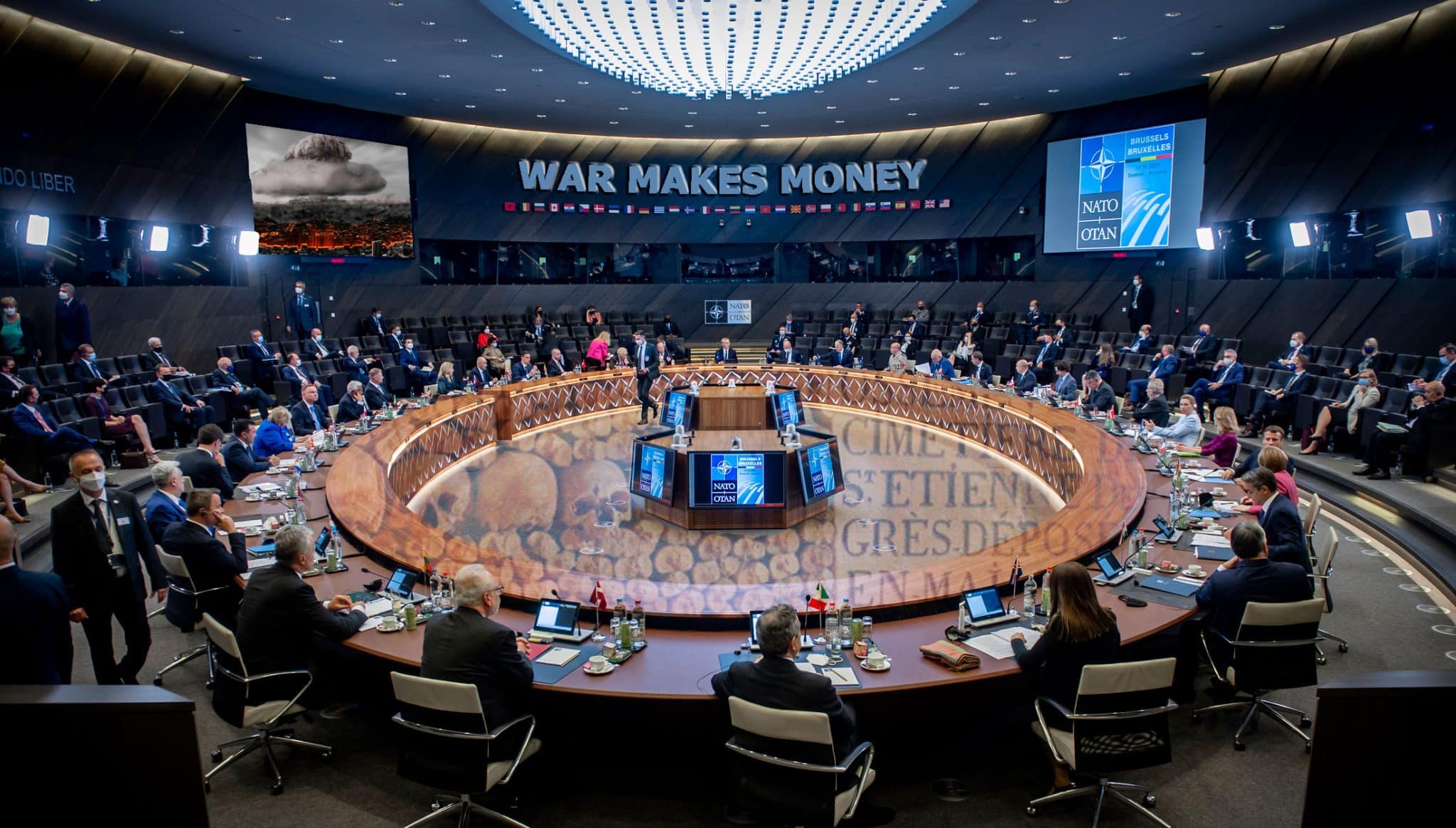 Ever since its origin, in 1949, when the USA already was a considerable nuclear power, has the organization continuously worked toward creating conflicts that enrich its own arms industry. As Johan Galtung worded it:

”The conflict could have been solved with a little patience and creativity, but NATO does not want solutions. It uses conflict as raw material that it can process into interventions to tell the world that it is the strongest in military terms.”

The time since 1949 is therefore cluttered with some 40 examples of military interventions, in different nations, by NATO as a whole or specific member nation, using democracy as a pretext. However, NATO has never tried to settle any conflicts – peaceful solutions do not profit a military power.

The latest example of this is the war in Ukraine.

In the beginning, there was no conflict between Russia and Ukraine. The USA created this conflict with the help of the EU. It was created by these powers, politicized and militarized by various NATO nations, and now we see the result.

It is important, not least for students, that they are presented with a different version of the geopolitical state than what mainstream media is presenting. A version that is not agenda based but where the ambition is an accurate description of a conflict-filled world.

The book: ”NATO – an Entity set on Disaster” by Hans Myrebro, is a strong contributor to a fact-based, versatile and sustainable view of current events.  Hans Myrebro has written a very important analysis of NATO.

NATO, An Entity Set on Disaster, is an easy-to-read and well-documented description of NATO’s destructive and morbid activities for more than 70 years.  The book is a fantastic source of knowledge, produced through a simple and pedagogical narrative. The book has an obvious place in history teaching at college – but also at the University level.

The book tells us that NATO’s transition from being a defense organization to functioning as a tool for US imperialism has only been possible with the highly manipulated and controlled global mass media infrastructure. The result is a NATO that regards international law and human survival as unworthy trifles, and which prioritizes the quest to realize the unassailable will of the United States — to establish world domination.

As a result, from 2001 to the present the United States and its NATO allies have invaded and occupied many territories — they have killed, severely injured, and displaced more than 10 million people from the Middle East and North Africa.

Now they want to continue with their ravages, at the same time as they try to point out Russian aggressions.  NATO is an entity set on disaster.

SOURCENATO: An Entity Set on Disaster
ATTENTION READERS
Due to the nature of independent content, VT cannot guarantee content validity.
We ask you to Read Our Content Policy so a clear comprehension of VT's independent non-censored media is understood and given its proper place in the world of news, opinion and media.