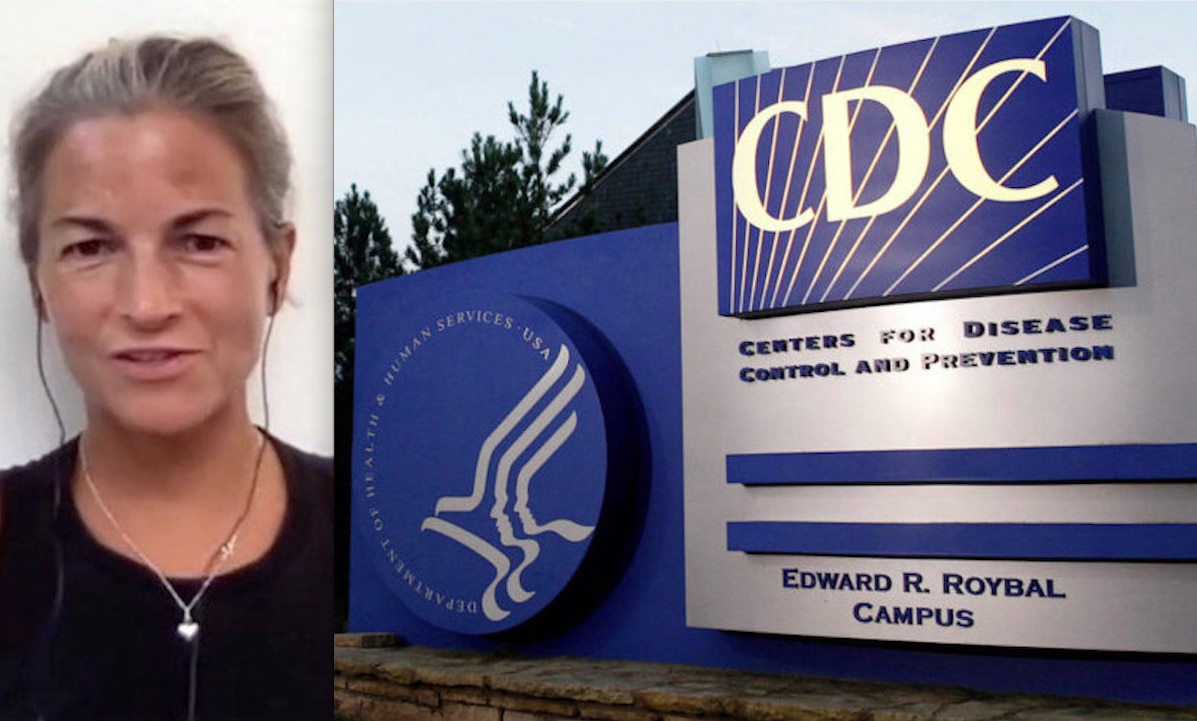 «What this implies is that the most important organization, the Centers for Disease Control, an American organization whose very name indicates a responsibility to ‘control disease’, have implicated themselves is fraud by omission, in my opinion, and the opinion of many lawyers. Not having shared data, literature or scientific facts at the time when they were published, with the public, is clearly not in the interest of the public and does nothing but alienate and confuse the public».

This is the disruptive accuse launched by the American virologist and Immunologist dr Jessica Rose who a year ago pointed out the raising of the adverse reactions against Covid vaccines.

She provided a data bridge showing the probability of an adverse event occurring and the severity of the resulting harm to health of individuals in the design population: vaccines in 2021 killed more than ever in the past 10 years.

“This is a barsoft that shows the past 10 years of VAERS data plotted against the total number of adverse event reports for all vaccines for the years 2011 to 2020 and for COVID associated products — only for 2021,” Rose said.

Now, thanks some of her followers, she made a sensational discovery: the CDC changed information on the“persistence of spike protein up to 15 months in monocytes” post injection of RNA-based gene sera in just 24 hours.

«It is vital to understand why they changed this information. It’s because the literature and the data support the updated version and have for quite some time now» wrote Rose in her substack report.

«A major problem is, it took the CDC 4 months from the time of publication of a seminal and well-known article in Cell entitled “Immune imprinting, breadth of variant recognition, and germinal center response in human SARS-CoV-2 infection and vaccination” to amend their information and in these 4 months, these injections were EUA-approved for children as young as 6 months with absolutely zero point zero zero long term safety data. They were also administered to countless individuals who may now have been injured as a result. No compensation for them».

Research conducted by Italian scientists has also shown that the Spike protein of gene serums remains in human blood for, at least, up to six months, considered toxic by the virologist Luc Montagnier and by the US army officer, expert in bacteriological weapons Lawrence Sellin.

We have to remember that the other CDC statement on vaccines which “not interact with DNA” has been confuted by an Italian judce who ruled the possibility of Dna alteration by Covid vaccines, based on scientific researches.

Two of them was highlighted  by Gospa News: the first by Walter Doerfler, genetist in Cologne University, and the second by a scientist of famous Massachusetts Institute of Technology in Cambridge (US).

«We are being treated like invalid children. And we are not. Demand to know the facts. The REAL science. Not the scientisms squawked repeatedly from bureaucrats with no background in the field that they are squawking about. Learn the reality of who is behind the decisions being dictated, impostering as ‘law’, that have literally affected every single human being on Earth».

In reference to the updates made by the CDC, already known for having declared the RT PCR swabs not suitable for distinguishing Covid-19 from the flu before re-authorizing it for routine checks in the workplace, Dr. Rose shoots at zero using a legendary phrase attributed to the Austronauts of the Apollo 13 space shuttle.

«So to be fair, yes, websites can definitely be updated as data and information is updated. However, when the information on said websites are the basis of global mandates with the goal to inject non-effective and not proven-safe experimental gene therapy products into an entire species, Houston, I think we have a serious problem. You can’t just keep dictating in a democratic nation: it doesn’t work that way. YOU work for US».

«‘Leaders’ with intention to dictate mandates, any mandates, without recognizing the right of personal choice in the people to whom they serve, are DICTATORS» the virologist blamed.

«Man, you know what? If they love dictatorships so much, why don’t THEY go live in another country under a dictatorship! Enjoy! The paper on integration is coming. I am sure of it. This will debunk their unsubstantiated claim that the ingredients and/or effects of these experimental gene therapy products do not affect or interact with our DNA».