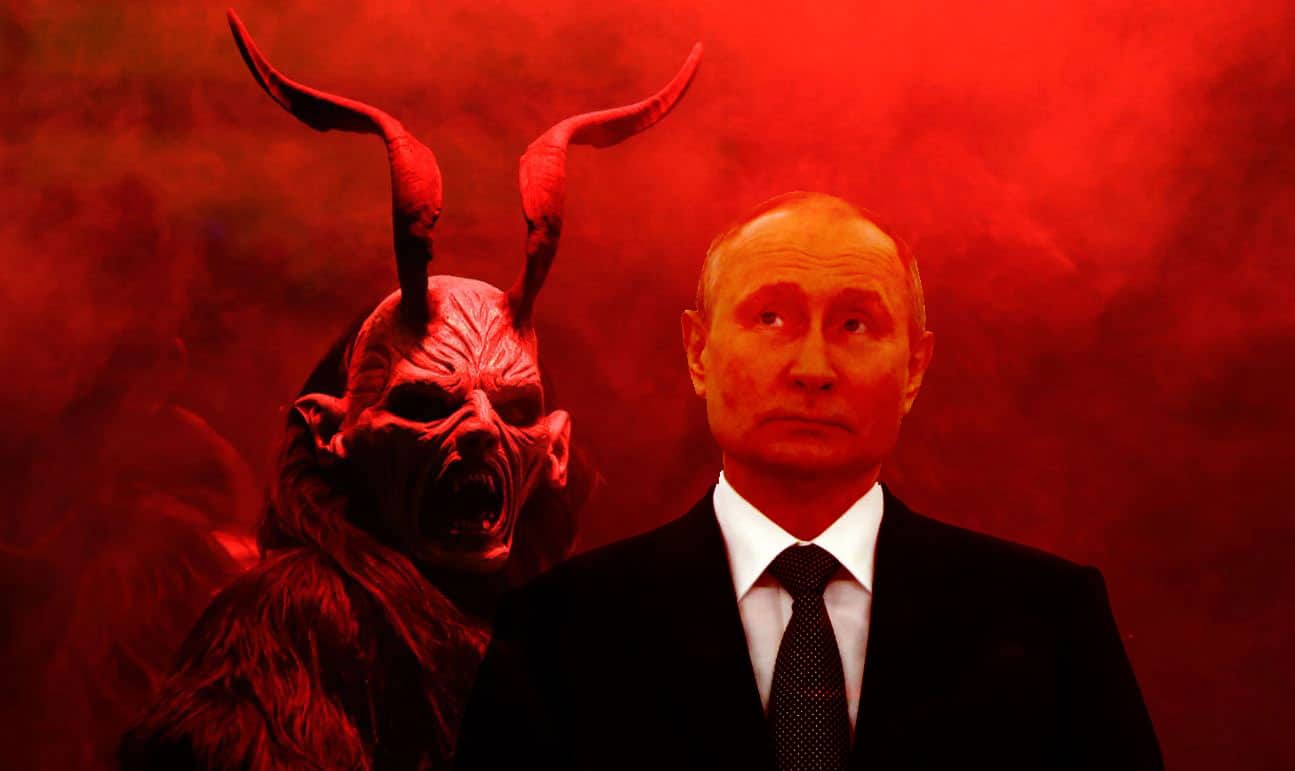 If you had any hope that the November elections were going to change one single thing, then you must not be thinking very clearly. Here Tucker Carlson demonstrates why he has by far the number one news show in America and is the darling of the right.

Carlson frequently tells the truth pantomiming as he does and feigning indignation with relish. Those stupid enough to still be caught up in the left-right paradigm eat it up like the fat man at an all-you-can-eat buffet.

The right-wing media swoons and the left does its part by feigning their own indignation at Carlson’s very existence. But everyone with an IQ higher than a doorknob knows Carlson is the star of the dog and pony show. When someone needs to sell a big lie, they call in Carlson.

Here he is again lying through his teeth with a solemn look as he tells you the left is predicted to come out on top in November by the experts, the very same experts who tell you Joe Biden got eighty-one million votes whom he usually ridicules. The right won’t notice the discrepancy most of them never noticed that it was Orange Jesus who initiated Operation Warp Speed, in spite of the stupid fuck still bragging about it as they cart off the bodies.

I don’t even have to check to know no candidate initiated into the World Economic Forum has ever lost an election, unless maybe to another WEF candidate.

You cannot have an election with unverified mail-in ballots using machines no one but the operators know how to use. Throw in rampant ballot stuffing and you got yourself the movie of the week and it will turn out anyway the director says it does.

Unless you believe Ukraine is really winning the war the media has demonstrated just how dishonest they can be and if you believe the statistics, they cavalierly toss out there as facts then you sir truly are as big a rube as Carlson takes you for. You have no business voting; breathing must be hard enough for you. Concentrate on learning how to chew food and use toilet paper.

My favorite fake statistics are the ones that show people’s eroding faith in the news media. That’s funny because I come from an extremely educated and articulate family that ranged the gamut from the leaders of the communist party in New York City to my own father who was an ardent supporter of George Wallace.

He still loved his aunt Milly even though she was a communist and she still loved him even though he was a fascist. He and I were always over there. I’m sixty-three years old and the only thing I can remember from my childhood that they agreed on was never believing a thing you read in the papers or saw on TV. I was taught that the only thing you read in the newspaper was the sports section.

John Swinton, former Chief-of-Staff of the New York Times and the most influential newsman in America of his time spoke at an 1883 gala affair in his honor before the New York Press Club was asked to propose a toast to the independent press. Here is his response:

“There is no such thing, at this date in the world history, in America, as an independent press . . . If I allowed my honest opinions to appear in one issue of my paper, before twenty-four hours my occupation would be gone. The business of the journalists is to destroy the truth; to lie outright; to pervert; to vilify; to fawn at the feet of mammon, and to sell his country and his race for his daily bread. You know it and I know it, and what folly is this toasting an independent press? We are the tools and vassals of rich men behind the scenes. We are the jumping jacks; they pull the strings and we dance. Our talents, our possibilities, and our lives are all the property of other men. We are intellectual prostitutes.”

Americans have but one hope to escape their impending doom at the hands of a Russian superpower that’s been doing pushups in the bushes all the while they’ve been counting their money on Wall Street. They must invoke their second amendment obligation.

There is nothing, nothing at all left to do but pick up your gun and play just like yesterday. Then get on your knees and pray, “We don’t get fooled again…”

Breaking News From the BBC

BBC/MSN: The daughter of a close ally to Russia’s President Vladimir Putin has reportedly been killed near Moscow.

According to local media, Darya Dugin died after her car exploded in flames while she was traveling home.

It is not clear if her father, the Russian philosopher Aleksandr Dugin who is known as “Putin’s brain,” was the intended target of an attack.

Mr. Dugin is a prominent ultra-nationalist ideologue who is believed to be close to the Russian president.

According to Russian media outlet 112, the pair were due to travel back from an event on Saturday evening in the same car before Mr. Dugin made a decision to travel separately from his daughter at the last minute.

Unverified footage posted on Telegram appears to show Mr. Dugin watching in shock as emergency services arrive at the scene of the burning wreck of a vehicle.

The BBC has not been able to verify the footage independently.

An unnamed law enforcement official confirmed to the RIA news agency that a car had caught fire on a highway in the Moscow region’s Odintsovo district, but provided no further details.

There has been no official comment from Russian authorities so far.

Despite not holding an official position in government, Ms Dugin’s father is a close ally of the Russian president and has even been branded “Putin’s Rasputin”.

The philosopher’s daughter, Darya Dugin, was herself a prominent journalist and commentator who supported the Russian invasion.

Earlier this year, she was sanctioned by UK authorities who accused the 29-year-old of contributing to online “disinformation” in relation to the Russian invasion of Ukraine.

Aleksandr Dugin’s ultra-nationalist writings are credited with deeply shaping Vladimir Putin’s worldview and he is closely associated with the Russian invasion of Ukraine.

The ideologue has previously expressed his support for Russian aggression toward Ukraine and was placed under US sanctions in 2015 for his alleged involvement in Moscow’s annexation of Crimea in 2014.