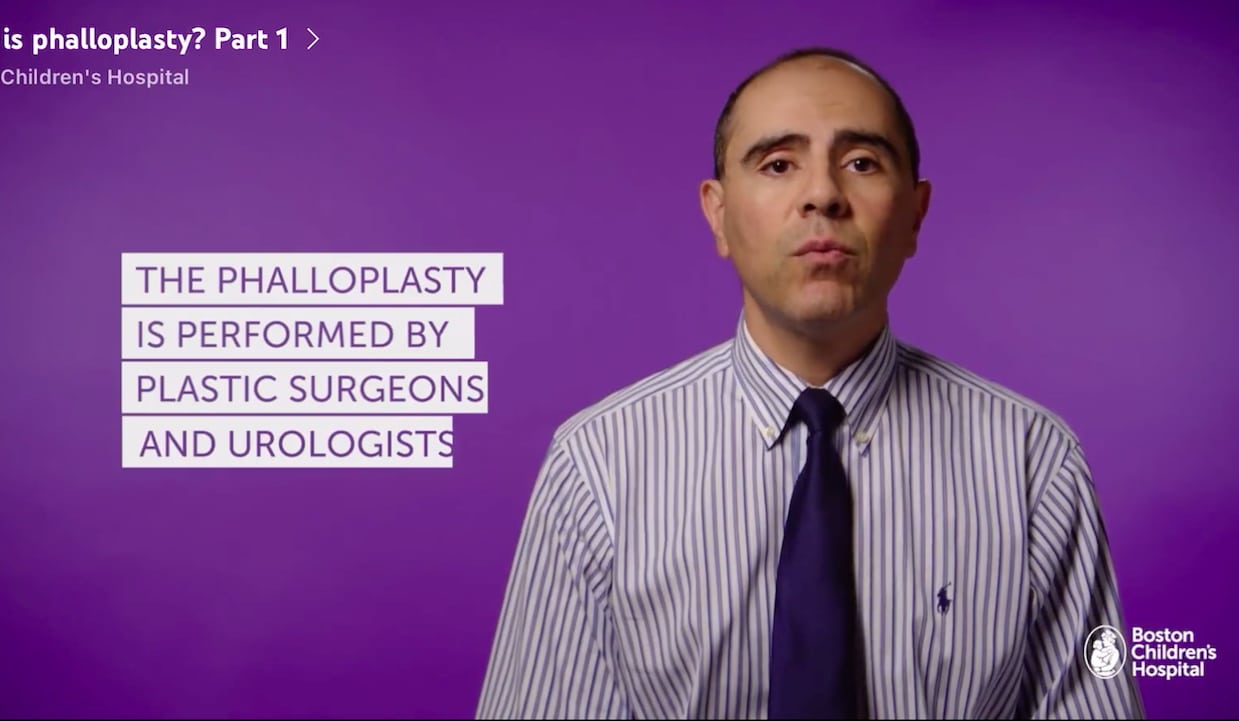 «Using a case presentation, this session debates the proposition that surgical reconstruction of an infant with atypical genitalia is ethically justified. In addition, there will be a discussion of the ethical considerations in establishing a (trans-) gender-affirming surgical center within a children’s hospital. This is the second of four sessions on surgical ethics».

Christine Mitchell, Executive Director of the Center for Bioethics,of the same school moderated this second discussion on the subject and prepared the ground for an equally alarming study published on July 1, 2022 by the specialized journal PubMed, the official library of the National Institute of Health of the United States of America.

“A Critical Assessment of the Transgender Health Care Workforce in the United States and the Capacity to Deliver Gender-Affirming Bottom Surgery” is the title of the research written by Professor Taghinia himself and others, with first signatory Christine O Kang of the Division of Plastic and Reconstructive Surgery, Department of Surgery, Beth Israel Deaconess Medical Center at Harvard Medical School.

«Gender-affirming surgery is a critical component of transgender health care, but access information is limited. The study aim was to assess workforce capacity to perform gender affirming bottom surgeries (GABSs) in the United States» wrote the researchers in the study’s background.

«This study demonstrated a shortage of providers with requisite training and experience to provide GABS. Although more robust studies are needed to better characterize the relationship between the number of patients seeking GABS and available providers, these findings indicate a need for improved training» is the conclusion of the paper.

This prompted Dr. Amir Taghinia to make a video that immediately went viral in which he explains in detail what “phalloplasty” is for transgender girls.

Billboard Chris summed up the speech on his Twitter profile: “Boston Children’s Hospital cuts the flesh off a girl’s forearm or thigh and turns her into a NON-functioning penis. The first step is to remove her uterus.”

«Phalloplasty is performed by plastic surgeons and urologists» explains the physician at Boston Children’s Hospital.

«Urologists stretch the urethra and create a new scrotum. Plastic surgeons will create the new tissue of the neo-phallus. Tissue from the forearm or the thigh can be used. lastic surgeons are also responsible for creating sensation in the neo-phallus» explains Taghinia in detail by promoting his business and thus entering into a conflict of interest with the research published on PubMed in which he signed the non-existence of them.

«Boston Children’s Hospital has warned employees about mounting threats and is coordinating with law enforcement after far-right activists on social media began targeting the hospital with false claims about its treatment of young transgender people. It’s the most recent in a series of attempts to target hospitals for their work with trans youth, adding to an ongoing wave of anti-LGBTQ sentiment that has hit libraries, schools and even a trans-inclusive Los Angeles spa».

This was reported by NBC News.

The public relations office of Boston Children’s Hospital sent an email to employees with guidance on how to respond to harassment and threats earlier this week, citing an “increase of threatening and aggressive” phone calls and emails sent to the hospital commenting on treatment of transgender patients.” The email was confirmed to NBC News by a current employee.

“We are deeply concerned by these attacks on our clinicians and staff fueled by misinformation and a lack of understanding and respect for our transgender community. Boston Children’s is proud to be home to the first pediatric and adolescent transgender health program in the United States,” the statement added.

Videos from the YouTube account of Boston Children’s Hospital in which several physicians discuss services provided to trans patients were shared by the accounts to suggest the Center for Gender Surgery was performing genital surgeries on children. The videos, which have since been removed from the hospital’s channel, included one titled, “What Does It Mean To Be Transgender?” and did not suggest such surgeries were provided to minors.

But the two studies published by plastic surgeon Amir Taghinia who works into health structure did it. As the CDC have done.

THE EARTHQUAKE AT THE TAVISTOCK CENTER IN LONDON

This promotion of phalloplasty for girls who want to become boys opens up the atrocious and enormous doubt about their real ability to evaluate the consequences of this choice forcibly promoted by the culture of so-called gender dysphoria.

It is disconcerting that Boston Children’s Hospital is promoting a similar genital change initiative (for boys, the cut and sew operation is certainly easier) just as the UK’s National Institute of Health has decided to close. the infamous Tavistock Center where the interruption of the natural development of sexual characteristics during secondary puberty was practiced through drugs.

«Tavistock and Portman NHS Foundation Trust in London is facing possible clinical negligence claims by former patients of its Gender Identity Development Service (GIDS) for children and adolescents. The law firm Pogust Goodhead hopes to bring a group action and has called for former patients of the service, which treats young people with gender dysphoria, to come forward» the British Medical Journal wrote.

«GIDS is the sole service in England providing the treatment. Former staff have accused it of being too ready to prescribe puberty blocking hormones to young people who question their gender identity and are reluctant to consider other options» adds BMJ who then recalls the sensational decision of the NIH reported in the previous Gospa News article.

The initiatives of the Boston Children’s Hospital are added to the media bombardment that children are subjected to every day, even watching Disney cartoons or TV series on the RAI Italian state network in the protected time slot.