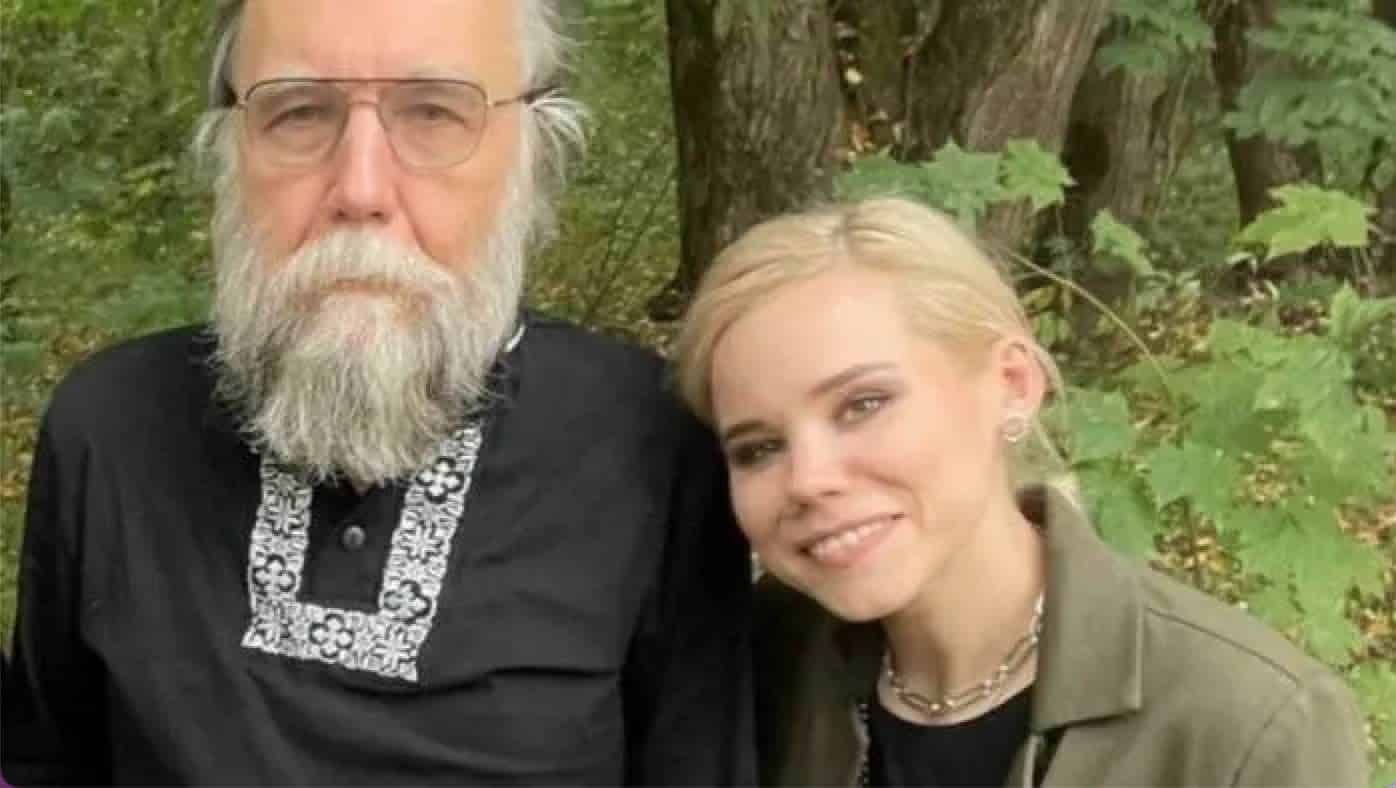 I met Alexander Dugin in May 2018 at the 6th annual New Horizon Conference in Mashhad, Iran. I look back at that event with a mixture of joy and sadness—joy because it was such an amazing meeting of some of the world’s greatest free thinkers, and sadness for several reasons:

*Because the event was so successful that the Zionists slapped New Horizon with US Treasury Department sanctions, leading the FBI to warn American participants that any further participation in New Horizon conferences would lead to their arrest—cutting me off from my annual meeting with many of my best friends and colleagues.

*Because the central figure in New Horizon, my friend Nader Talebzadeh, passed away this year, quite possibly murdered by the Great Satan. So the Treasury Department Zionists stopped me from seeing him during his final four years on Earth.

*Because I can’t help thinking about Zeinab Soleimani, the brilliant daughter of Gen. Qassem Soleimani, with whom I had dinner and an extremely informative and uplifting conversation…and how she must have felt when the Great Satan martyred her father after inviting him to Baghdad under false pretences of peace negotiations.

*And finally, because I can’t help thinking about Alexander Dugin and how he must be feeling now that his brave and brilliant daughter Daria has likewise been martyred by the Great Satan.

I am starting to take this personally as they kill off my friends and colleagues and their family members. The Great Satan’s minions can’t win the argument—they are utterly evil and unbelievably stupid—so they try to kill the truth by murdering the truth-tellers.

We offer our sincere condolences to you and your esteemed family on this sad and tragic occasion for the cowardly act of the assassination of your daughter Daria. Just as the Leader of the Revolution used the words “revolutionary and prolific researcher and artist” in his condolence message for the passing of the late great Nader Talebzadeh, throughout a decade of the activities of the New Horizon Institute, we have always believed that these same qualities can also be seen in many of our non-Iranian friends and like-minded colleagues; and you are certainly no exception to this rule.

There is no doubt that the loss of your dearly beloved Daria is an irreparable loss – the loss of a daughter who had taken a greater interest in you and your work even than that of your numerous fans and supporters throughout Europe and Asia. From the beginning of her activities, Daria made a place for herself and was well-known in the global front of the struggle against the immoral liberal imperialism of the West. The charm of her personality and her outlook caused a flood of condolence messages from friends and supporters throughout the axis of resistance to be sent to you from all over the West.

The glee and exultation displayed by the media and psychological front of the West in response to this tragic event is a clear demonstration of their inhuman nature, as well as being a clear proof of the effectiveness of your own ideas, books, and political activities, which have been all the more evident in recent years.

We at the New Horizon Institute agree with you emphatically that the main elements of the conspiracy of liberalism in the West were first carried out by groups that later came to call themselves Zionists, the end result of which was control over the main centers of power in Europe and America by the Zionist minority after the ending of the First and Second World Wars. As the late Nader Talebzadeh stated in various conferences, the birth of Israel was an indication of the fact that all of the main pillars of Western polities and the very will of Western nations have been conquered by anti-human minority Zionist forces, through which organs they are able, more or less, to control the financial, commercial, and security systems of the world. It gradually became evident, especially after the Second World War, that the self-serving ideology of Western colonialism had become linked to Israel’s identity, and that Israel’s security demands imposed heavy costs on the interests of Western nations, and on the economy and security of the world at large.

The conspiracy to assassinate your innocent daughter was actually aimed at you personally, with the objective of depriving the Russian and Eastern Europe nations as well as an important part of the world comprised of your admirers, of an influential theoretician who opposes Western destructive liberalism.

While in Shia School of thoughts we consider that type of events as a divine test, we wish you continued ample opportunities for furthering your struggle against the hostile intentions of the West.

SOURCEKevin Barrett
ATTENTION READERS
Due to the nature of independent content, VT cannot guarantee content validity.
We ask you to Read Our Content Policy so a clear comprehension of VT's independent non-censored media is understood and given its proper place in the world of news, opinion and media.