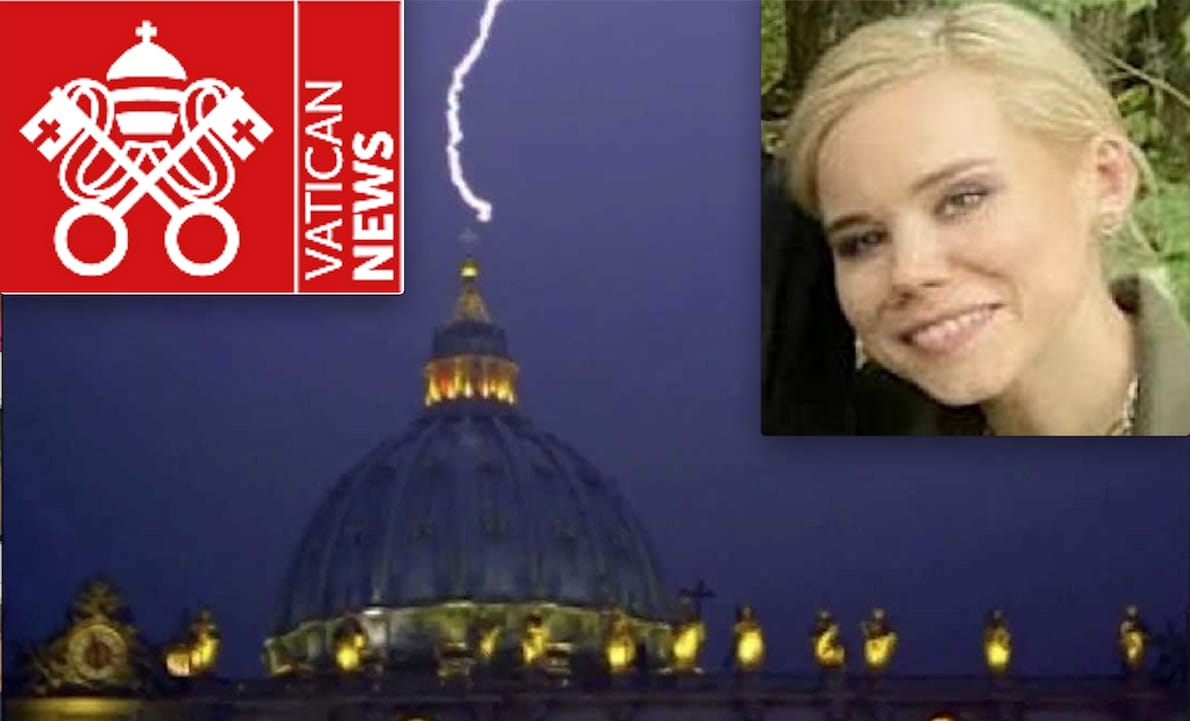 From a Pope Francis who apologized to the Canadian natives for some episode of violence committed by Catholics accomplices of imperial colonialists it should have been an obligation to murmur some pitiful words for the death of the Orthodox Christian Darya Dugina, daughter of the philosopher Aleksandr Dugin, but since the Pontiff still in recent days expressed all his solidarity with no ifs and buts to the neo-Nazi regime of Ukrainian President Volodymyr Zelensky, built in 8 years by NATO and by the abortionist atheist and ideologically transgender George Soros after the coup of 2014, silence is was the best weapon of the accomplice cowardice of the Bishop of Rome.

Unfortunately, the Vatican News journalist Emanuela Campanile, who wrote an article so delusional as to make it seem that the attack was an inevitable act in response to the military operation launched by Russia in Ukraine to protect the pro-Russian separatist republics of Ukraine. Donbass, battered by a civil war, forgets from the West (and the Holy See) that before 24 February 2022 it had already killed 13,000 people, including 400 children.

After reporting the accusations launched by the Russian secret services of the FSB, still called KGB as if the Berlin Wall, the Iron Curtain and the former USSR still existed, and there was no more Christian Russian Federation than the many high prelates who hang out the Vatican, here are two paragraphs that we report in full.

«The hypothesis comes from a former member of the State Duma and was disclosed by the British newspaper, The Guardian. According to what was declared by Ilya Ponomarev, there would be the hand of a group of Russian partisans behind the death of Darya Dugina».

In practice, any psychic of minimal notoriety can launch a phony theory and it finds prominence on the information body of the Holy See which should shine out of prudence, a cardinal virtue of Christianity, in reporting the news.

The aggravating circumstance is twofold because not only was a thesis relaunched without any evidential evidence but also it was done on August 23, when by now even the mainstream newspapers had archived this insinuation of August 21 as a bounce, after the videos, released by the 007 in Moscow showing this soldier of Ukrainian  of the Azov Battalion in the palace of Darya Dugina.

But the last incident leads us to ponder the true independence of the writer.

«From Ottawa comes the appeal of Olaf Scholz calling for” not to fall into Putin’s trap “. According to the German Chancellor – who came to Canada to try to strengthen cooperation between the two G7 Stat and NATO members on trade, energy and resources – “Russia is no longer a reliable partner: it has reduced gas supplies to all of Europe citing technical problems that did not exist. And that is why it is important to remain united ”».

A 30-year-old Russian Christian journalist was killed in an explosive attack and her colleague Emanuela Campanile inserts an ending in which she invites herself not to “fall into Putin’s trap”?

To be servants of the mainstream that planned and provoked the war in Ukraine, Vatican News no longer even respects a human life by making a distinction between the murdered deaths of Serie A and Serie C?

In order to engage in politics, not only does one no longer know how to manifest a shred of Christian compassion, but not even the least bit human?