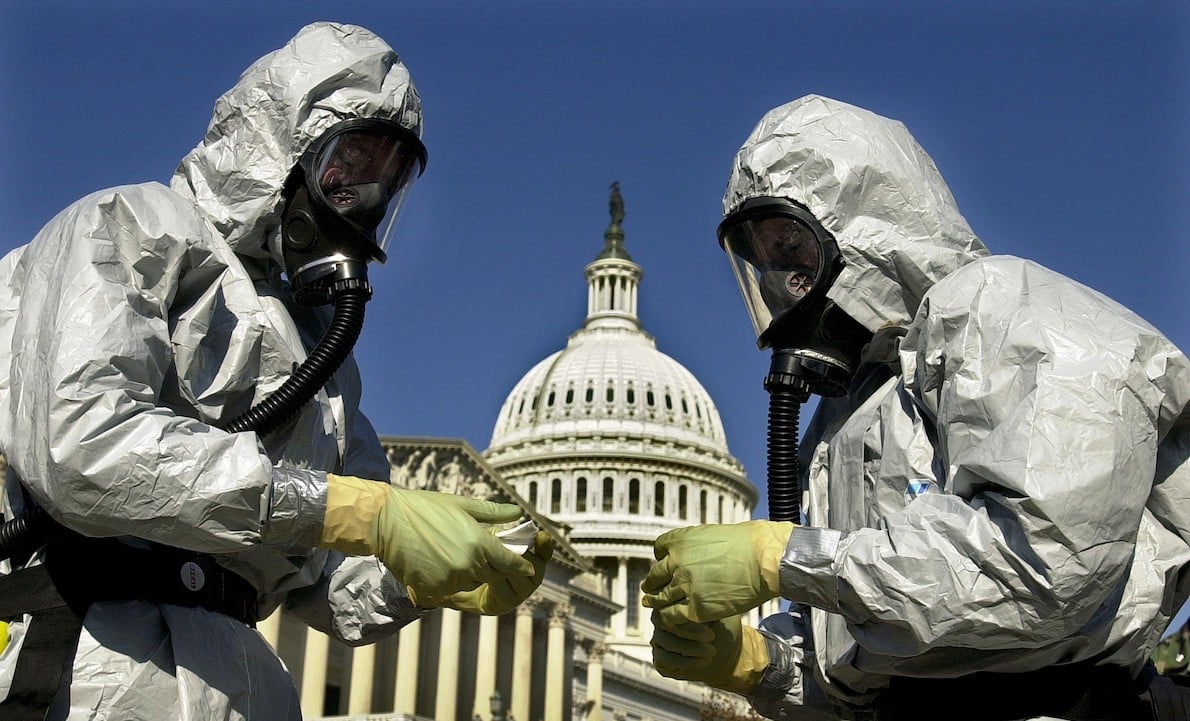 Here is another serious evidential clue that confirms when denounced by Russia: the government of Kiev with the help of the US and NATO was preparing a massive attack in the territories of the disputed Donbass, rich in gas and oil, at least since 2021.

This plan was interrupted only by the military operation launched on February 24, 2022 by Russian President Vladimir Putin after the recognition of independence and protection for the pro-Russian separatist republics of Donetzk and Lugansk after 8 years of a hiccup civil war, due to repeated attacks by the Ukrainian military forces, especially those of the GNU National Guard where the Nazis of the Azov Battalion operate, which violated the Minsk peace accords causing a total of 14 thousand deaths.

The suspicions of that time are confirmed by the facts of today. According to the Kremlin, in fact, some Russian soldiers showed traces of poisoning by a chemical weapon, the type B botulinum toxin that the US had brought to Mariupol already in December 2021, as already reported then by the pro-Russian authorities of the Donbass.

Russia to submit evidence of Kiev’s chemical terrorism to OPCW

«Russia is preparing official confirmation of tests taken from Russian troops hospitalized with signs of severe poisoning upon completing their mission in the Zaporozhye Region for sending to the Organization for the Prohibition of Chemical Weapons (OPCW), the Russian Defense Ministry said on Saturday» reported Tass, Russian News Agency.

“The evidence of the Kiev regime’s chemical terrorism will soon be submitted to the OPCW,” the ministry said in a statement.

Russia’s top brass reported earlier on Saturday that Russian troops on a mission near Vasilyevka in the Zaporozhye Region had been hospitalized with signs of severe poisoning on July 31. Tests showed botulinum toxin type B was used against them.

A thorough analysis by experts from a St. Petersburg-based military medicine research center confirmed the presence of this highly-toxic man-made chemical.

Botulinum toxin is the strongest of all known bacterial toxins. The mean lethal dose for humans is approximately 1 microgram (0.001 mg). Therefore, even absorption of doses below 0.001 mg can cause severe illness or death.

“US brings botulinum toxin to Ukraine” Donetsk Republic said in 2021

Acoording to Tass article published on December, 22, 2021, The People’s Militia of the Donetsk People’s Republic has evidence that a batch of botulinum toxin (a highly toxic substance causing paralysis) and its antidote has been delivered to Ukraine from the United States, the deputy chief of the People’s Militia Directorate, Eduard Basurin, said on the Rossiya-1 television channel in an interview on Wednesday.

“It is common knowledge that the United States has brought different types of weapons to Ukraine,” he said adding that a batch of an antidote for botulinum toxin was delivered in October. Basurin recalled that botulinum toxin was a chemical warfare agent.

“The chemical substance proper was supplied in November,” he added. “A 300-kilogram container of this warfare agent, used as a spray, was brought to Mariupol. The poisonous substance was then moved to the Kharkov region.”

Basurin confirmed the presence of US military instructors on the engagement line.

“Their task is to make fire emplacements. They obey only certain people. They do not have a common command on the Ukrainian side,” he said.

On December 21, Russian Defense Minister Sergey Shoigu said that the presence of more than 120 members of private US military companies had been identified in the villages of Avdeyevka and Priazovskoye. He stressed that containers with unknown chemical compounds had been delivered to the village of Avdeyevka and Krasny Liman for staging provocations.

Ukrainian Foreign Ministry spokesman Oleg Nikolayenko has denied the presence of private military instructors from the US or toxic chemicals in the Kiev-controlled part of Donbass.

But the training activity conducted by the USA is something that has now become clear enough to have even been highlighted by the dossier of Archbishop Carlo Maria Viganò, Apostolic Nuncio Emeritus in America for the Holy See.

A report published by Gospa News international only in the English section explained every detail on the operation conducted in Ukraine by the special team Ground Branch of the US Central Intelligence Agency (CIA) counter-intelligence.

In the same way, tests have emerged of experiments on dangerous viruses, usable as bacteriological weapons such as the SARS-Cov-2 built in the laboratory with less or greater lethality, carried out in the Ukrainian biological laboratories opened by the Pentagon on the initiative of former CIA director Leon Panetta, of Calabrian origins …

This is why it is easier to believe the government authorities’ accusations of pro-Russian separatists than the repeated lies of the government in Kiev, controlled by the US and NATO since the 2014 coup.