General Douglas MacArthur (1880-1964) was one of the modern American Army’s most influential and controversial figures. His achievements and career are an example to all soldiers, and his tactical acumen, honor, and dedication to duty earned him the nickname American Caesar.

Douglas MacArthur graduated from West Point in 1903 at the top of his class with the highest honors. He then spent four years as an office in general staff before beginning a ten-year career as a junior engineering officer. This saw him spend time in Mexico during the occupation of Veracruz in 1914. This experience would be important later in his career.

Following a successful ten years as a junior officer, MacArthur was transferred to the 42nd Division’s staff where he began to move up quickly through the ranks and became a divisional commander.

During this time the 42nd were in France during the closing stages of WWI and stayed to occupy the Rhine territory after the war ended. This too would be an important experience for MacArthur to rely on later in life.

For those interested in learning more about US General Douglas MacArthur, make sure you visit MacArthur Museum (War & Military Museum in Brisbane).

A Warrior Between The Wars

In the 1920s MacArthur grew in influence throughout the American armed forces. He began to make sweeping reforms at West Point, with the changes he made helping to mold the modern American soldier into what they are today.

He also held two commands in the Philippines, becoming very popular with the local population and government there, and he served on the court martial of William ‘Billy’ Mitchell.

By 1930, MacArthur had reached the rank of General as he was selected as the Army Chief of Staff. For the next five years, he held together the Army in the face of the Great Depression and the cutbacks that came with it.

He then returned to the Philippines and helped them to build and train a defensive force in spite of poor funding and a lack of support from back home.

MacArthur was recalled to active duty in July 1941, as the Second World War began to escalate. Less than six months later the Japanese Imperial forces attacked Pearl Harbour and brought the United States into WWII. MacArthur returned again to the Philippines and helped delay the Japanese advancement there. 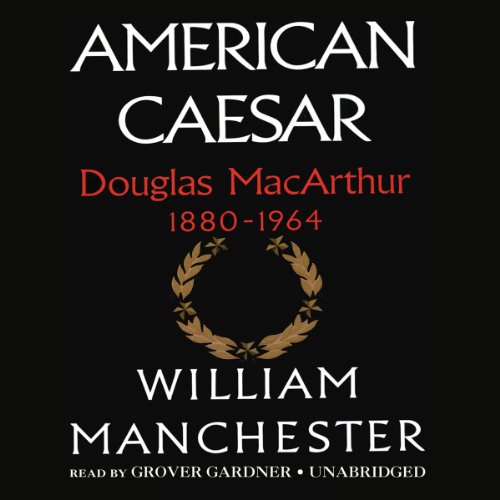 He led a series of successful military operations that returned him to the Philippines, which he liberated in early-1945, before pushing on to Japan itself. MacArthur became Allied Commander of the Occupation of Japan in 1951, and his experience of being an occupying commander helped him to shape what has become modern Japan.

Douglas MacArthur led his men by example. Wherever he served he became popular with the public and the soldiers who served below him. He is still one of the most widely known and respected of the Allied Commanders who served in the Second World War.

MacArthur Accepts Japanese Surrender and Shapes Japan for Next 100 years

On 2 September 1945 Japan signs the surrender papers on board the USS Missouri in the presence of General McArthur.

The surrender of Imperial Japan was announced by Japanese Emperor Hirohito on August 15 and formally signed on September 2, 1945, bringing the hostilities of World War II to a close.

The Japanese Instrument of Surrender was the written agreement that formalized the surrender of the Empire of Japan, marking the end of hostilities in World War II.

It was signed by representatives from the Empire of Japan, the USA, the Republic of China, the United Kingdom, the Union of Soviet Socialist Republics, the Commonwealth of Australia, the Dominion of Canada, the Provisional Government of the French Republic, the Kingdom of the Netherlands, and the Dominion of New Zealand.

The signing ceremony took place on the deck of the USS Missouri in Tokyo Bay on September 2, 1945. General MacArthur lead the ceremony.

General MacArthur’s staff headed by Col. LeGrande A. Diller was tasked to prepare the draft of the Instrument of Surrender. The ceremony aboard the deck of the Missouri lasted 23 minutes and was broadcast throughout the world. The instrument was first signed by the Japanese foreign minister Mamoru Shigemitsu “By Command and on behalf of the Emperor of Japan and the Japanese Government”.

General Yoshijirō Umezu, Chief of the Army General Staff, then signed the document “By Command and on behalf of the Japanese Imperial General Headquarters”

SOURCEDouglas MacArthur
ATTENTION READERS
Due to the nature of independent content, VT cannot guarantee content validity.
We ask you to Read Our Content Policy so a clear comprehension of VT's independent non-censored media is understood and given its proper place in the world of news, opinion and media.